Ranking the Cities with the Most Passionate Live Music Fans 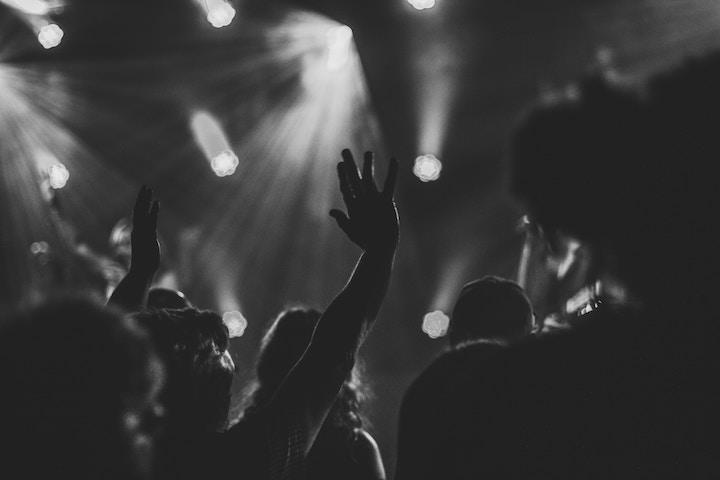 For many music fans across the country, there’s nothing quite like seeing live music: an exhilarating experience of listening, dancing, and joyfully connecting with an artist and fellow concertgoers. Some people more than others, though, seem to have a nearly insatiable appetite for concerts. That raises the question: which cities in America have the most passionate fans of live music?

One way to answer that question is to look at the cities where people are interested in purchasing a concert ticket when an artist they like is coming to town. We decided to analyze data from Priceonomics customer SeatGeek, the live events ticketing platform, to see where people in America are tracking the most live music artists based on a “tracks per user” metric.

On SeatGeek, users can track any musical artist, team, or event to be notified of ticket availability. So, according to this data set, where are people following live music the most passionately? And where do the biggest fans of various music genres such as Country, Rap, and Electronic reside?

For this analysis, we looked at anonymized SeatGeek data up to March 2018 to see which live music artists and genres people are tracking. The study includes data from the 50 largest metropolitan areas in the U.S., and for music genre data, we looked at the 100 most popular artists on SeatGeek.

So, which metro area has the most passionate users when it comes to “tracking” live music events? The following chart shows the cities where SeatGeek users track the most live concert events. 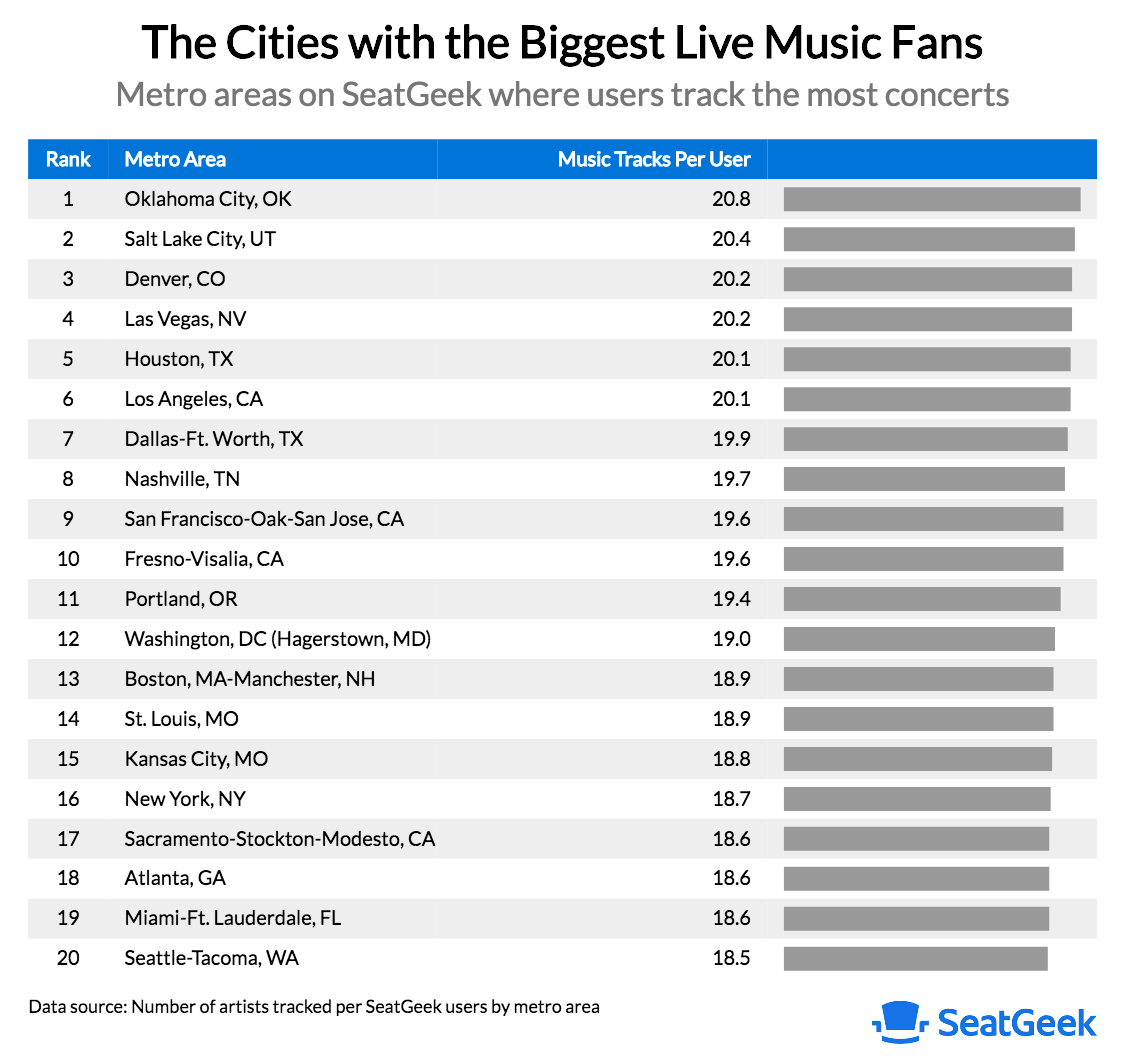 The metropolitan area with the most passionate live music fan base is Oklahoma City, where the typical user tracks almost 21 different artists to see when they are coming to town. And fortunately for the city that has the the most dedicated live music fans in America, OKC just welcomed a new 4,000 seat theater that attracts major artists to the city.

Salt Lake City and Denver round out the top three, with major metros like San Francisco, Boston, Washington DC, and Atlanta making the top 20.

Oklahoma City might have the most die-hard fans of live music overall, but slicing the numbers by country, electronic, pop, rock, and rap music tells a different story.

First up: which metro areas have the biggest appetite for country music?

Knoxville has the highest percentage of country music fans in the United States, even beating out Nashville (which came in a very respectable third). On the other end of the spectrum, Miami, Los Angeles and New York were the cities that had the fewest people that tracked country music. Someone in Knoxville is more than four times as likely as someone in Miami to be a fan of country music.

Next, let’s look at a completely different genre, electronic music. The below chart shows the cities where people are the most and least passionate about this type of music based on their tracks:

A lot of people across the country like pop music, as the word is short for “popular” after all. But in which cities do people favor pop music over other genres?

Tulsa is the metro in the United States with the most users who follow pop music stars to see when they’ll be coming to town. On the other hand, Atlanta, GA has the fewest users tracking the live music schedules of pop stars. That said, Atlanta still has a lot of people that like pop music -- those fans just have other interests as well.

A very similar picture emerges for cities that are interested in Rock music. In every city, a pretty high percentage of people track Rock concerts:

Salt Lake City has the highest percentage of rock music fans in the country, followed by Denver and Seattle. Atlanta, New Orleans and Greensboro are one third less likely to follow rock concerts on SeatGeek.

Finally, we turn our attention to rap music. Of the top 100 most followed artists on SeatGeek, 44% of them are rap artists (Drake being the most popular, followed by Eminem). The chart below shows the cities where people track rap artists at the highest and lowest rates:

Miami, Los Angeles, and Atlanta are the metropolitan areas that have the most rap fans. On the other hand, the cities that favored country and pop music like Tulsa, St. Louis and Knoxville have the fewest people tracking rap artists.

Now it is official: Oklahoma City has the fans with the biggest appetite for live music of any city in the country. Fans in Knoxville like country music at the highest rates, while people in Miami tend to enjoy electronic music. Everyone across the country likes pop, rock, and rap, but fans in Tulsa, Salt Lake City, and Miami do so at the highest rates respectively.