The Most Popular Platforms and Devices for eCommerce Sales 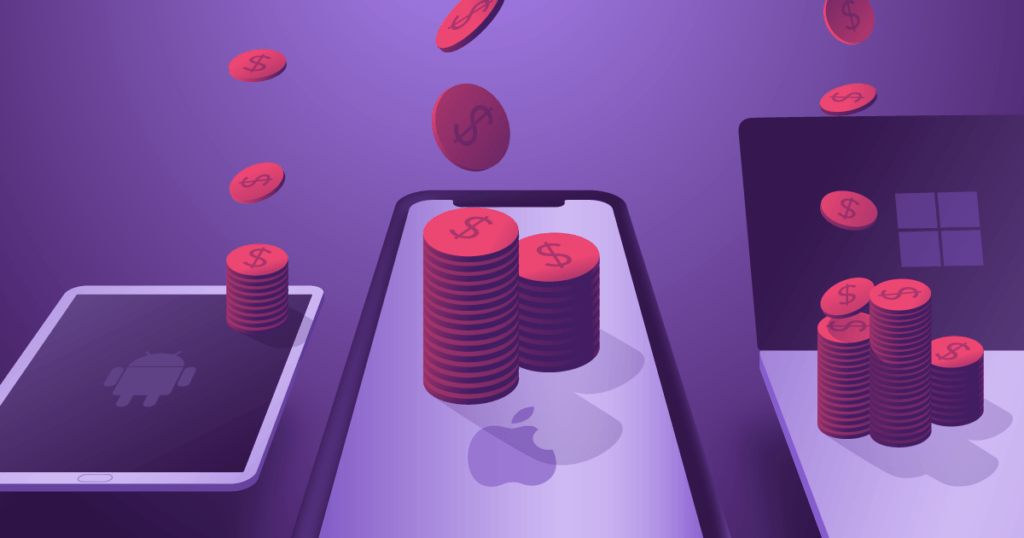 Before smartphones were released over a decade ago, it hardly seemed plausible that people would actually purchase things from their phones. Small screens, the absence of physical keyboards, and mobile optimization meant that buying from ecommerce sites was a more complex experience on mobile than via desktop.

How things have changed. Virtually everyone has a smartphone and for many, the device is their only computing device. eCommerce marketing on the mobile web and apps are now de rigueur from retailers.

Mobile usage is certainly on the rise, but have ecommerce sales on mobile surpassed desktop? How popular are tablets, a more recent technology than smartphones? Which operating systems drive the most sales?

We analyzed data from Priceonomics customer Heap, a company that provides analytics infrastructure for online businesses, helping these companies discover which channels sales are coming from. We analyzed millions of anonymized sales orders from seven large U.S.-based ecommerce sites to see the percentage of sales by platform and operating system.

From October 2017 to September 2018, our research shows that desktop sales still make up 56% percent of sales, compared to 36% for mobile. However, share of sales on mobile are growing fast while the share of sales on both desktop and tablets is shrinking.

To begin, let’s assess the popularity of three computing platforms for e-commerce—desktop, mobile, and tablet. The following chart looks at the number of orders registered by the sites in our sample in September 2018.

eCommerce orders via desktop web browsers still constitute the majority of all orders with nearly 56% of sales. However, mobile sales now comprise 36% of orders, exploding from near zero just over a decade ago. Tablet comprises just 9% of ecommerce orders.

Which platforms are growing and which are shrinking? Next, we look at share of sales by platform and how they’ve changed over the course of a year. The inexorable growth of mobile becomes clear in this view:

Over the course of the last year, mobile sales have grown their share by 10.1%, while all other platforms have decreased. Notably, share of sales via tablets have been reduced by over 20%, a tremendous amount to shrink in just one year for a relatively recently invented platform.

Which operating system comprises the most and least sales? Increasingly the answer is ones from Apple. The next chart breaks down sales by operating system across all platforms (mobile, web, and tablet). 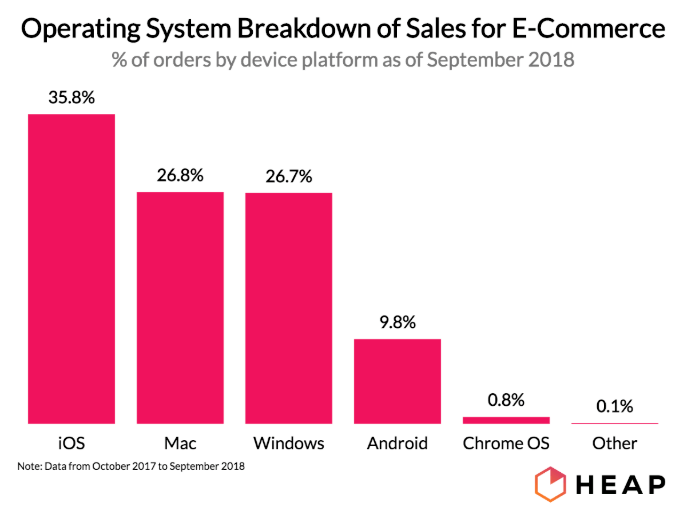 Combined, Apple makes up 62.6% of all ecommerce sales in our study, far outpacing Microsoft Windows (26.7%) and Google Android and Chrome OS (a combined 10.6%). All other platforms includes all flavors of Linux and make up less than 0.1% of orders over the course of the last year.

Finally, which of the above operating systems are growing and which are shrinking? Despite starting from a large base, Apple keeps growing: 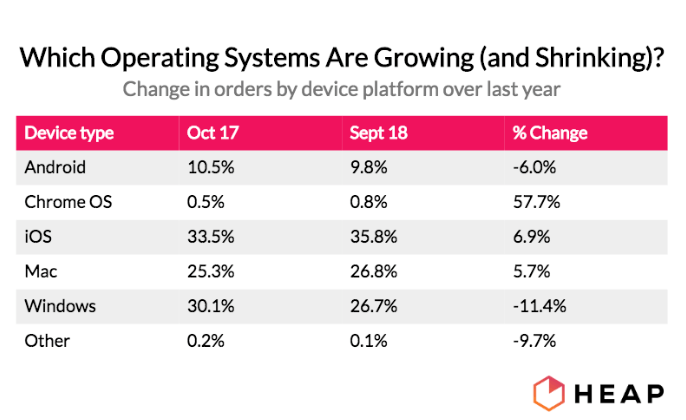 Apple iOS and Mac operating systems both grew at over 5% over the year, while similarly mature operating systems like Windows and Android lost share of ecommerce orders. The fastest growing operating system was Chrome OS from Google, which grew nearly 60% (though still only comprises less than 1% of sales).

In conclusion, in the last year ecommerce sales on mobile continued to take share from desktop and even tablet. That said, over half of all orders in our study still come from desktop. However, the dominant platforms are controlled by Apple. iOS and Mac make up more than 60% of e-commerce sales. Despite already being the biggest company in the world, Apple is still gaining share from Microsoft and Google.