Why People Don’t Get Vaccinated 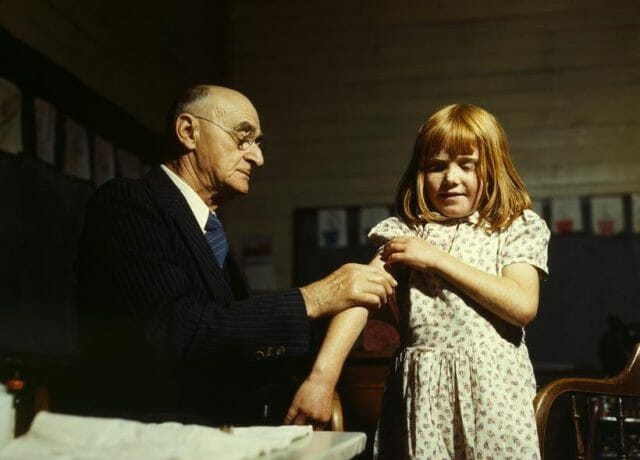 Do you remember getting shots at the doctor’s office when you were a kid? Among them were probably the MMR vaccines, which give immunity against measles, mumps, and rubella to nearly everyone who gets them. The measles are a pretty nasty (and highly contagious) viral illness that cause intense fevers and rashes. So it’s comforting to know that, in the United States, almost 95% of kindergarten-aged children are vaccinated.

But not everyone is getting the measles vaccine. A Centers for Disease Control study found that, out of the 159 people who contracted measles in 2013, 117 (over 70%) of them were unvaccinated. Here is a breakdown of the reasons why they didn’t get their measles shots:

When asked why they didn’t get vaccinated, almost 80% cited philosophical and religious beliefs. The rest were medically ineligible, didn’t get around to getting the shot, or didn’t have a reason recorded on file.

Missed opportunities happen: forgetfulness and a busy schedule can keep people from getting a lot of important things done. And medical ineligibility largely applies to infants under 12 months, who still have antibodies that can render vaccines ineffective. But what are the philosophical and religious reasons that keep a majority of measles cases from getting vaccinated?

Religious reasons can range from preferences for “faith healing” to prohibitions on invasive medical procedures. Federal officials linked a recent measles outbreak in Texas to a megachurch that urged congregants to avoid vaccination and seek healing through prayer instead. Since the outbreak, though, the pastor has changed his tune and scheduled two vaccination clinics at the church.

A more controversial reason that is keeping people from getting vaccinated is the belief that the MMR vaccines cause autism. A 1998 medical research paper by Andrew Wakefield linked the vaccines to autism and colitis. This research has since been discredited. In fact, the British medical journal BMJ attributed the flawed research not to accidental error but to full-blown fraud. But that hasn’t discouraged antivaccination proponents.

Regardless of the reasons for avoiding vaccination,  it’s pretty tough to argue with the effectiveness of the MMR vaccines: 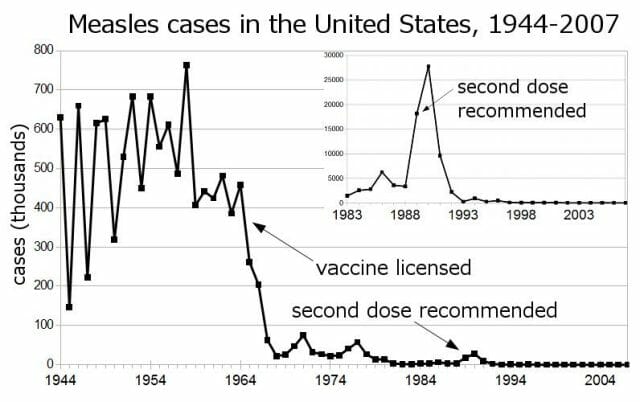