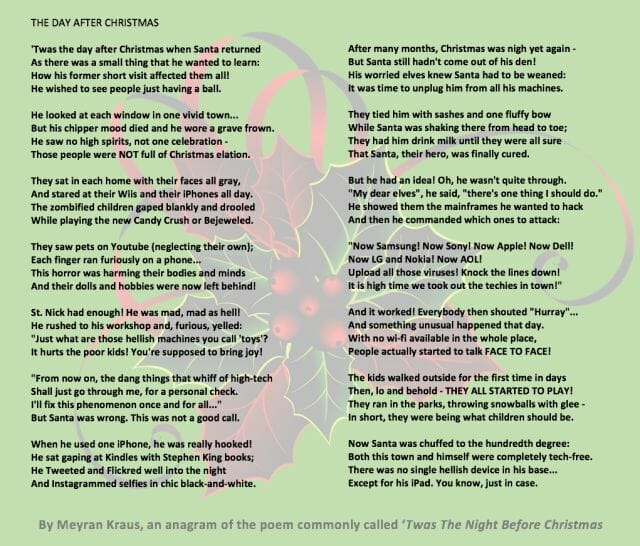 If the poem above brings you some holiday cheer, know this: Those 56 lines are an anagram of ‘Twas The Night Before Christmas.

Yes, if you take Clement Parke Moore’s famed yuletide poem, pretend the title is “The Night Before Christmas” (it’s actually called “A Visit From St. Nicholas”), and spend countless hours rearranging the letters, you can get Meyran Kraus’s poem “The Day After Christmas“.

Anagrams have a certain mysticism. Letters transform into coded messages.

There’s a reason people believed “Elvis Lives”. Something “sexual” might have “lax use” and cause “boredom” in the “bedroom.” Perhaps it’s obvious that “Eleven plus two” equals “Twelve plus one.” “Ronald Wilson Reagan” turns into an “insane anglo warlord”. You could say “In long careers, they all once sang major hits in a rather talented Northern group” when you’re talking about “the late John Lennon, Sir Paul McCartney, the late George Harrison, and Ringo Starr.” To “Listen” is to be “silent”.

But those are the short ones. Longer anagrams take on their own artform, straddling a line between puzzle and poetry. Kraus, a six-time winner of Anagrammy’s Anagrammatist of the Year, notes how this manifests in vocabulary. Anagrammatists “discover” short anagrams but they “create” longer ones.

Canadian avant-garde poet Christian Bök has published some of the Internet’s favorite anagrams. The goal, he says, is not just to make a new paragraph out of the old. The goal is to make the second text mirror the first in some deep, natural way.

“It should look inevitable,” he says. 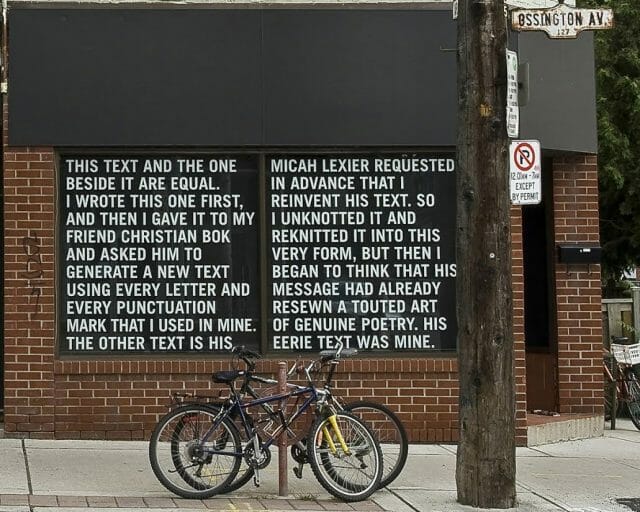 In February of 2007, in the front window of a nondescript New York bookstore, the text pictured above appeared. They are anagrams, but there’s another level to “Two Equal Texts”. They mirror reality. Micah Lexier, a New York conceptual artist, sent the first paragraph to Bök to see what his friend could do. A few months later, Bök returned that response.

“It is nothing short of perfect,” Lexier says. “Two Equal Texts” was installed again in Canada at gallery MKG 127 where the above photo was taken. Pictures of “Two Equal Texts” have graced the Reddit front page at least twice with puzzled commenters wondering about the origins.

There could be other permutations of Lexier’s initial text, but Bök added his own “subsidiary constraints”, a practice for which he’s become popular in the avant-garde poetry world. These rules make it harder to create an anagram, but they better connect the final product and the original text by theme. Bök wanted to maintain the tone. He wanted to restate Lexier’s instructions. Lexier included Bök’s name so Bök included Lexier’s. And of course, Bök had to do this without a whiff of “forcing” the final product.

Constraints can take many forms. Anagrammists often rework famous quotes from literary giants. Mike Keith took a section of text by an Irish writer visiting Mt Fuji. From the letters he made nine poems that reflected nine prints by Japanese artist Katsushika Hokusai’s famous depictions around the sacred mountain, such as the emoji-inspiring The Great Wave.

But what if two writers independently created texts that were anagrams of each other — by accident?

In 2009 Bök published two paragraphs side-by-side: one from a foundational Lego patent, the other from ancient Greek philosopher Democritus. The first text describes “a toy building brick” that would go on to change childhoods for the next half a century; the second describes atoms, the building blocks of existence. They are anagrams. And Lego fan groups celebrated.

But there may be some word wrangling here too.

Translations can vary a great deal, often allowing for creative tweaks to the language, especially in Greek. So we asked Bök for the name of the translator for Democritus’s passage. He didn’t get back to us. We also asked how he came to make such an incredible find. The odds of two texts with such parallel themes written thousands of years apart being perfect anagrams seems astronomical, let alone the sheer odds of noticing it. Here Bök played coy, saying he’d never divulge that secret. 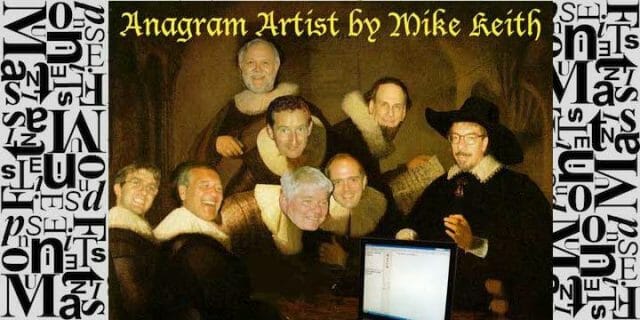 There are many tools at a wordsmith’s disposal. Anagram dictionaries, scripts and web apps like Anagram Artist help anagrammists too, though due to the mind-boggling number of permutations language can take, programs typically tap out around 25 letters. For long anagrams, they’re typically employed to help fit those remaining letters.

Or those remaining letters can take on their own art form. K. Silem Mohammad, an English professor at Southern Oregon University, feeds Shakespeare’s sonnets into an online engine to generate fourteen lines of new text. He then goes through and rearranges the words and tweaks the letters until he’s created a new sonnet, with rhythm and cadence. The remaining letters become the title.

Anagrammists can employ little tricks. Invent a proper name. Use borderline official words like “Instagrammed”. Set aside prefixes since they can append to so many other words. Employ extra flourishes or poetic language — in other words, make some words fit together that might not in normal spoken language. Some anagram purists turn their nose up at these techniques while others see it as part of the game.

One of the most critical pieces of advice for long anagrams is keeping close watch on usage rates. Scrabble enthusiasts will recognize the principles. Kraus says:

The hardest part is definitely the very end, the last 50 letters or so. To make sure you’re not left with just a pile of 47 h’s, a j and 2 v’s, you always have to maintain a reasonable letter distribution, and letter count, *as you anagram*. There are several tricks to this. For example, if your subject text is in the past tense, it’s best to use it in the anagram too or you’ll be stuck with a ton of d’s. And if the text has certain abundant letters, like too many m’s, it’s best to think of some words that soak up the m’s upfront, and later incorporate them into the anagram. 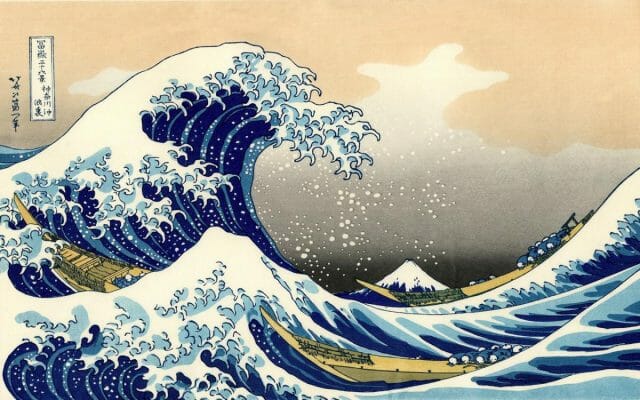 Bök describes the anagramming process like winding through a maze. Getting started on the theme isn’t the difficult part — it’s the end, when the final letters need a home. Hitting an impasse — the remaining letters simply won’t make useful words — means unraveling the web and looking for another path to completion.

“There’s often the sense that the permutation you’re looking for may not exist,” he says of anagrams.

Kraus published “The Day After Christmas” in January of 2014, adding it to a long career of lengthy anagrams and clever wordplays. Kraus works as an English translator in Israel — English is his second language. But his anagram wasn’t without poetic inspiration.

“Everyone around me had their noses buried in portable devices, and I didn’t even have an iPhone, so I incorporated that frustration into the song,” he says, half-joking.

Kraus started his anagram maze at the “Now Samsung! Now Sony!” verse and worked backwards from there. He had to tweak some word choices and verses. Santa’s rehab started as about three verses but grew from there. But for the most part, Kraus said the text just kept coming.

“When it’s a fun idea, I usually just roll with it,” he says.

Our next post explores the unstoppable juggernaut of All I Want For Christmas by Mariah Carey. To get notified when we post →  join our email list.