How Americans Hate Each Other 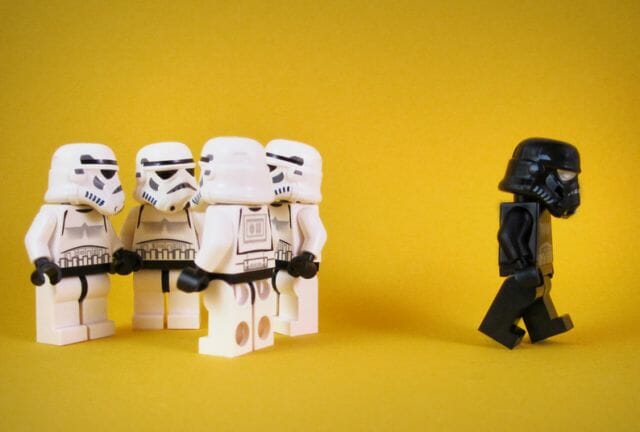 Last week, a man yelled “Heil Hitler,” and shot three people in front of a Jewish community center in Kansas City. It was one of thousands of hate crimes that will occur in the United States this year — most of which you won’t hear about.

The U.S. Congress currently defines a “hate crime” as “a criminal offense against a person or property motivated in whole or in part by an offender’s bias against a race, religion, disability, ethnic origin or sexual orientation.” While hate itself is not a crime, the FBI is “mindful of protecting freedom of speech and other civil liberties”

In 2012 alone, the bureau’s Uniform Crime Reporting Program identified 6,705 hate-motivated offenses, which include incidents of destruction, vandalism, assault, and intimidation. We’ve broken down the biases for these crimes below:

Nearly half of all hate crimes committed in the United States are race-related. Let’s dissect this a bit more:

Of 3,297 racially-motivated incidents, two-thirds are aimed at African Americans. About a quarter of all racial hate crimes target white people, while the remaining 12% is split equally among Asians, Native Americans, and mixed-race peoples.

These numbers, however, exclude Hispanics and other ethnic minorities:

Roughly 490 of 822 ethnic hate crimes — or 59% — were inflicted on the Hispanic population. As crimes against migrant and undocumented workers go vastly unreported, these numbers are likely much higher.

After racial and ethnic-related incidents, religious hate crimes are the second most reported:

Over 1,100 hate crimes are religiously-motivated — 700 of which are anti-Semitic. With 150 reported crimes, Americans of Islamic faith face the second highest rate of persecution, followed by Catholics, Protestants, and Atheists.

It’s important to note that all of the sub-groups discussed so far (race, religion, and ethnicity) were protected after Congress passed the first federal hate crimes statute in 1968. Gay, lesbian, transgender, and disabled peoples, however, weren’t protected under law until President Obama’s signage of the Matthew Shepard and James Byrd, Jr. Hate Crimes Prevention Act in 2009.

As a result, hate crimes reported against the remaining communities have been on the rise (though this is likely due to the fact that reporting crimes had limited legal recourse until recently):

Disability hate crimes are nearly as skewed: an overwhelming 80% of them are committed on those with mental disabilities, while the remaining 20% target the physically disabled.

So who’s committing all these hate crimes? White people incite the majority of incidents (55%), but bigotry doesn’t seem to be limited to the United States’ racial majority:

If these statistics aren’t depressing enough, a report released last year by the Justice Department’s Bureau of Justice Statistics found that nearly two-thirds of hate crimes go unreported. Throughout the early 2000s, about 50% of hate crimes were being divulged by victims; today, that number has declined to 35%. The reason for this? Victims are increasingly losing faith in the police’s ability to protect them.

The same report also concluded that hate crimes, while on a slight decline, are becoming increasingly more violent. From 2003-2006, violence accounted for 84% of hate crimes; today, it accounts for 92% of them. Over the past three years, the Southern Poverty Law Center has identified over 3,000 organized hate groups.

The Police Foundation, which aims to advance policing through innovation and science, states that police forces have always made hate crimes a priority. Jim Bueermann, a long-time police chief in Southern California, re-enforces this:

“If these statistics are accurate, then police chiefs have to focus on the issue of why the members of their communities believe that the police aren’t willing to investigate. I think this underscores the importance of police chiefs.”