Why Does Portland Have so Many Strip Clubs? 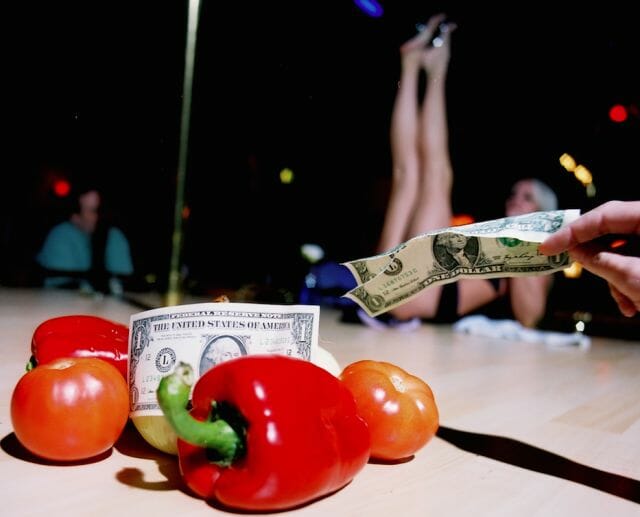 When it comes to self-imposed eccentricity, the city of Portland, Oregon has no equal.

It is a place where a human can, in the course of 24 hours, visit a museum of velvet paintings, join in on a World Naked Bike Ride, be serenaded by a unicycling bagpipe player, and get legally married at a doughnut shop. No surprise then, that Portland’s idolization of all things strange does not let up when it comes to strip clubs.

Among the city’s nighteries is Casa Diablo, the “world’s first vegan gentleman’s club.” Here, customers can enjoy a hummus veggie wrap while watching performers shed their non-animal-based g-strings. In a fashion only befit for Portland, change is given solely in $2 bills.

“You’re not going to find any fur, feathers, wool, or silk, or any other animal products,” owner Johnny Diablo Zukle has said. “We’re all about love and compassion.”

Casa Diablo is but one of a cornucopia of strip clubs that proliferate Portland. There are so many that the city’s residents have, for at least 20 years, vehemently maintained that they have “more strip clubs per capita than any municipality in America.”

This has caused quite the debate. Some, like TIME Magazine, have branded the claim as nothing more than an “old sexy wives tale;” others, like local blog Tits and Sass, have championed it as an irrefutable truth. Neither side, as far as we can tell, has presented any quantifiable measurement to defend its stance.

As resolute number crunchers, we’re always up for tackling life’s most important questions. So, we sent our data crawling team on a thrilling quest to determine whether or not Portland really deserves the title of “strip club capital.” 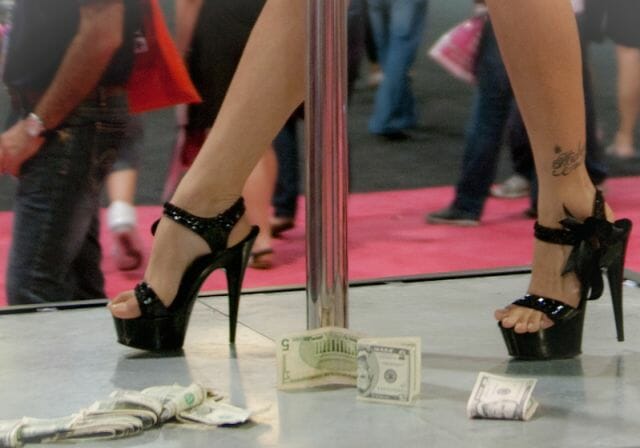 As Ellyn Bogdanoff of PolitiFact has written, “counting [strip] clubs is not an exact science.” This is true: reliable strip club data doesn’t just fall into one’s lap.

While club-counting sources exist online, most are deflatingly inaccurate, incomplete, and serve no other purpose than to advertise a handful of sad establishments. The best starting point we found was The Ultimate Strip Club List (warning: probably NSFW), a site bent on doing exactly what its title insinuates: collecting a comprehensive list of America’s “nudie bars.”

The venues included on this list range from “bikini bars” to “live sex shows,” but most fall somewhere in between. It’s also important to note that TUSCL only compiles clubs with female dancers. Despite our sincerest efforts, we were not able to find an equivalent site for male strip clubs (which only constitute about 15% of all strip clubs nationally).

After crawling TUSCL and compiling a club count for some 900 U.S. cities and towns, we cross-checked the top 100 on Yelp (by searching for “strip club,” limiting to the “Adult Entertainment” category, and counting manually), as well as on Google Maps (just for comparison’s sake). Admittedly, this method isn’t 100% comprehensive — but we’re confident that it’s damn near close.

Here’s the resulting tally of the cities with the most strip clubs: 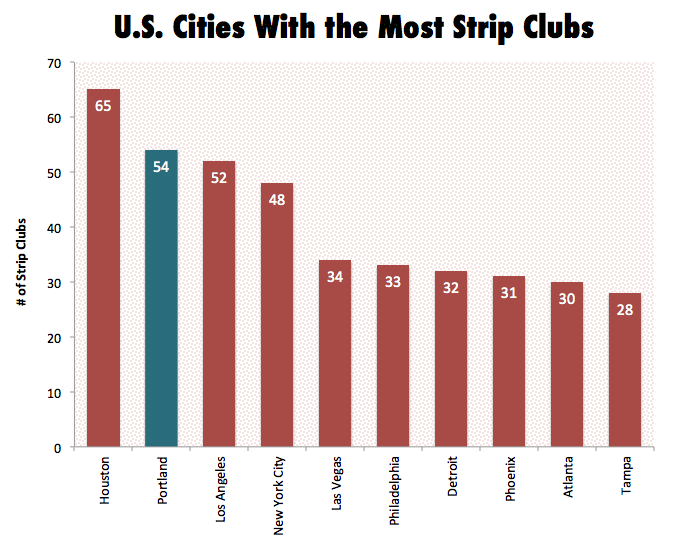 But wait — Houston’s population, at 2.2 million, is nearly four times that of Portland! To cultivate a more accurate understanding of how much these cities value strip clubs, we narrowed our list to cities with more than 200,000 inhabitants, then calculated the number of clubs for every 100,000 residents.

Without further ado, we present to you the 50 U.S. cities with the highest number of strip clubs per capita: 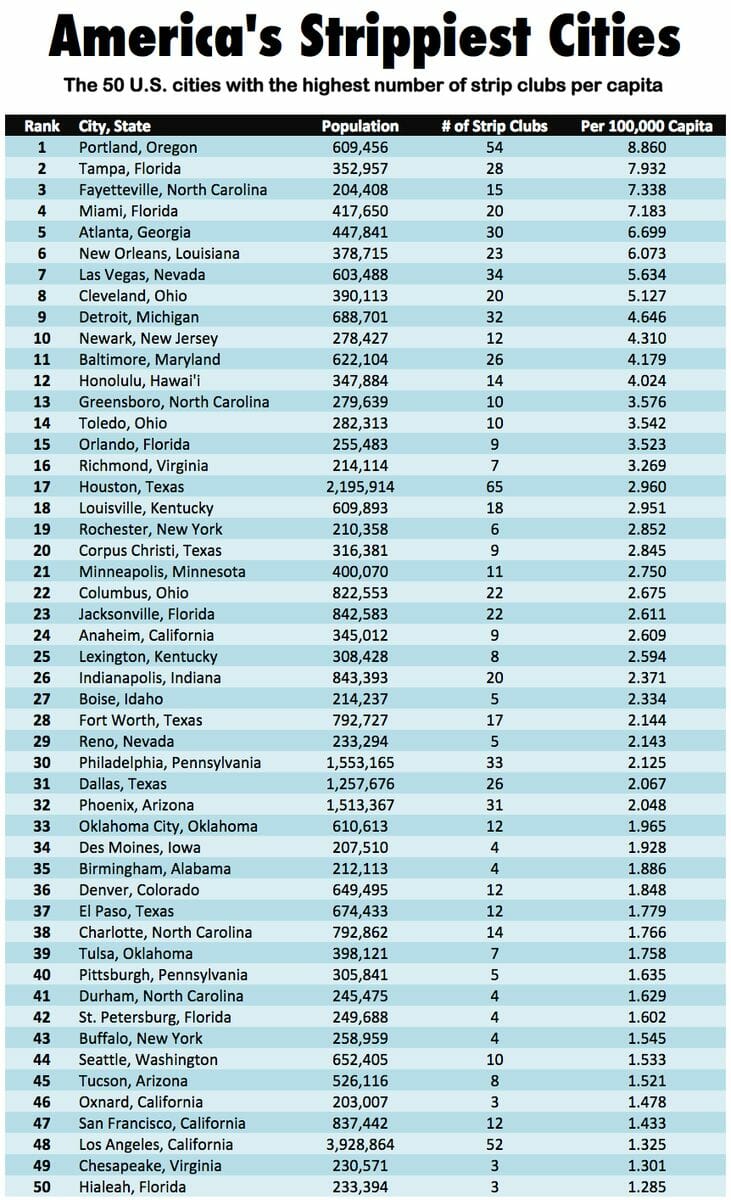 Indeed, Portland boasts the highest number per capita in the U.S. — one for every 11,286 residents. This handily outranks the nudity-liberal likes of Las Vegas, New Orleans, and San Francisco, and even edges out Tampa, Florida, a city that often claims to be the country’s strip club mecca. New York City, which has 48 clubs but a population of 8.5 million, doesn’t even rank on this list.

Just for comparison’s sake, Portland has more than twice as many strip clubs as it has public restrooms. In contrast, San Francisco, which is only a third of the size of Portland, has four times more public restrooms than strip clubs.

But this priority isn’t solely confined to Portland: Oregon, in general, enjoys the highest number of strip clubs per capita of any U.S. state: 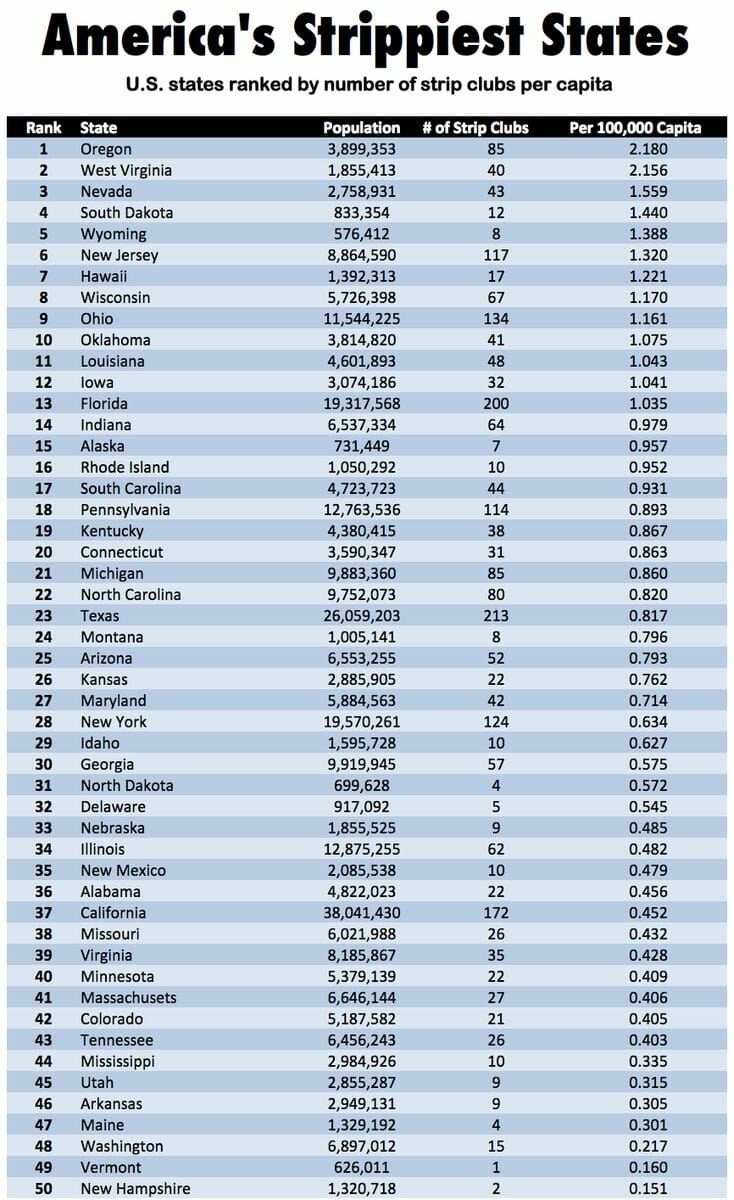 It seems strange that Oregon would outrank such raunchy jurisdictions as Nevada and New Jersey. How can this be explained?

For our first attempt to answer this question, we turned to an expert in the field. As the Associate Publisher of E.D. (Exotic Dancer) Publications, Dave Manack has spent more than 17 years locating, tracking, and mailing his magazine to strip clubs across the nation. Yet, even he is uncertain about the reasons behind Portland’s (and Oregon’s) apparent dominance on our list.

So, we hit the strip club history books.

Why the Hell Does Portland Have so Many Strip Clubs? 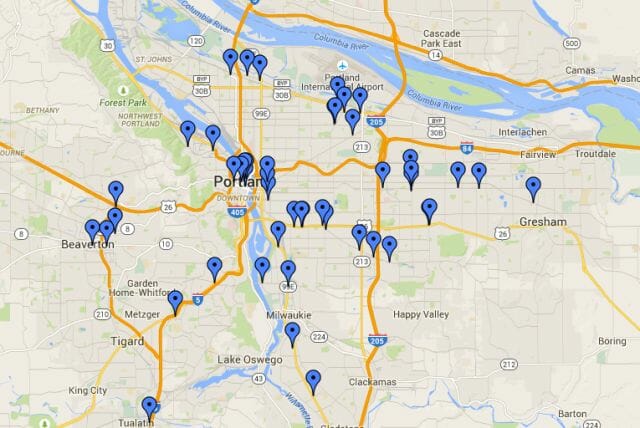 When Oregon adopted its constitution in 1859, it included a very vague, open-to-interpretation statute (Article 1, Section 8): “No law shall be passed restraining the free expression of opinion, or restricting the right to speak, write or print freely on any subject whatever.” Since then, Oregon’s Supreme Court has vigorously defended this “free expression” in all forms, resulting in something of a garden of eden for strip clubs.

The city’s first such venue can be traced back more than 50 years. In 1954, a colorful entrepreneur named Roy Keller purchased Mary’s Club, an ailing Portland piano bar, and began featuring exotic dancers during musical intermissions. Before long, “there was a line of people waiting for the dancers,” and the disgruntled piano player called it quits. Rebranded and opened in 1965, Mary’s became Portland’s first official topless bar. Over the next 20 years, a small handful of similar “topless only” establishments opened in the city (one of which featured Kurt Cobain’s future muse, Courtney Love).

More than 150 years after being signed into law, Article 1, Section 8 of the Oregon Constitution has allowed for the growth of strip clubs in Portland

Oregon v. Tidyman, and a spate of similar cases that followed, resulted in a re-fortification of Oregon’s free speech protections:

“In this state, any person can write, print, read, say, show or sell anything to a consenting adult even though that expression may be generally or universally considered ‘obscene’…Appearing nude or exposing one’s genitals in public, can constitute symbolic conduct and be a form of expression under Article 1, section 8.”

“These protections extend to the kinds of expression that a majority of citizens in many communities would dislike,” an one judge concluded, “even physical acts, such as nude dancing or other explicit sexual conduct.” Such protections allowed for an explosion of strip clubs and live nude entertainment in Portland throughout the 80s and 90s, many of which remain open today.

Unable to quell Portland’s burgeoning strip club industry with the “obscenity” argument, the city has increasingly turned to zoning laws — but even those are slanted in favor of club owners. “Oregon cities cannot zone adult businesses differently than other businesses,” writes The League of Oregon Cities, and a club cannot be denied access to a location solely by the nature of its sexual content. 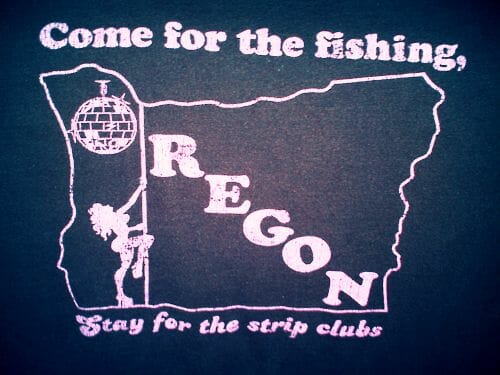 Elsewhere in the U.S., club owners aren’t so lucky: most cities relegate their clubs to “industrial zones” far from the ballyhoo of downtown, and require that they be at least 1,000 feet from “sensitive use areas” like churches and schools.

“Typically, zoning laws make it almost impossible for new clubs to open in most cities,” says E.D. Publications Publisher, Dave Manack. “When someone wants to open a strip club, it usually means they have to buy an existing club that is already zoned and licensed to allow for topless or nude entertainment with alcohol.”

But in an effort to “stay weird,” Oregon has defended its freedom of expression to the highest degree. And, as a result, vegan strip clubs are a thing.