Why Is the Heart Symbol so Anatomically Incorrect? 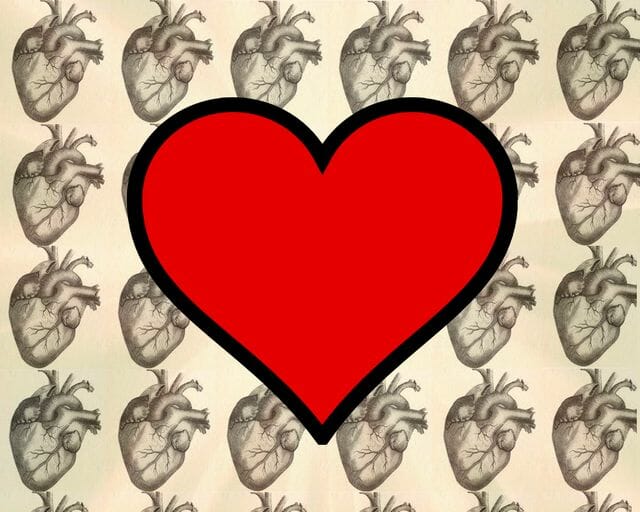 The heart is a rather unsightly organ. A twisted, bulbous mass of ventricles, veins, and muscle, it inspires neither romance nor lust. Yet in a grossly simplified form, it has become the reigning metaphor of our love.

We’re talking, of course, about the anatomically incorrect heart (♥) — a symbol at once cherished by teenage texters and detested by crusaders of medical accuracy.

The symbol is ubiquitous in our modern world. It dangles from necklaces, earrings, and bracelets. It shows its face in an endless sea of Valentine’s Day cards. It’s emblazoned on t-shirts, graffitied on walls, and is offered, in an endless array of colors, across all mediums of technology.

How did this weird-looking, medically-inaccurate symbol become the go-to representation of the human heart — and moreover, an expression of our love and desire?

More specifically, how did this: 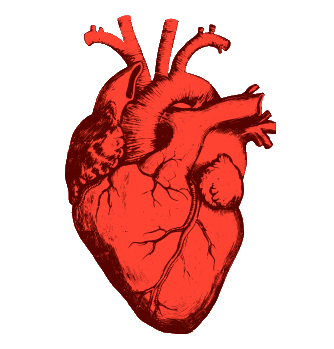 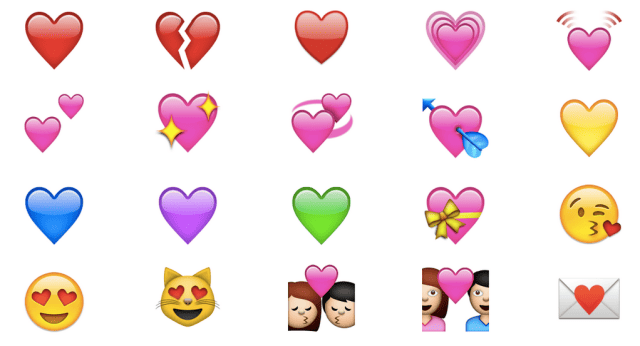 Origins of the “Heart” Shape

Historians have found relics resembling the modern heart symbol that date as far back as 3000 BC. But these early instances — etched into Grecian, Minoan, Cretian, Mycean, and Roman pottery — were actually representations of ivy or fig leaves, and had no connection with the human heart, or the idea of love.

In ancient Greece, for instance, the symbol was often used to portray a vine leaf, which harkened to Dionysus, the god of wine. Wreaths featuring these symbols were commonly worn by priests during festivals and feasts:

Completely independent of the Greeks, this symbol was used elsewhere in the world, also to signify leaves of some sort. In Etruscan art (4th century BC Italy), these ivy leaves symbolized procreation, fidelity, and rebirth, and were often presented to brides and grooms during wedding ceremonies. In the 2nd century BC, Buddhists began inscribing the symbol as a way of depicting the fig leaf, which, to them, represented enlightenment.

During the 2nd century in the city of Cyrene, the symbol illustrated silphium, a plant used in ancient times as a crude form of birth control. The trade of this plant was so incredibly lucrative in Cyrene that the symbol for its seeds was printed on currency:

But despite bearing great semblance to what we now recognize as the “heart symbol,” these depictions had nothing to do with human anatomy. Historians are uncertain as to exactly when these representations of leaves became interlinked with the human heart — but the answer likely lies in a lack of anatomical understanding at the time.

Some of the earliest human anatomy studies were conducted by Galen of Pergamon, a Greek physician who tended to the grave injuries of gladiators, and was able to examine human organs without performing dissections. From these studies, he composed some 22 volumes of medical text, which included an account of the heart as looking akin to a pine cone, or an inverted leaf — similar to the representation of ivy in ancient Greece.

Between antiquity and the middle ages, a tremendous body of medical knowledge was lost, in part due to the Roman Catholic Church’s discouragement of scientific advances in anatomy (religious powers outlawed autopsies). As a result, scholars, artists, and doctors had to rely on ancient, humor-based anatomical descriptions. Galen’s writings — including his description of the heart — were generally accepted, and they served as “the foundation of authority for all medical writers and physicians” for nearly 1,300 years.

The Rise of the Heart Symbol

Beginning in the mid-13th century, the ♥ symbol began popping up in artwork — this time, representing not ivy leaves, but the human heart, and moreover, love.

The first known instance of this appears in “Le roman de la poire” (“Romance of the pear”), a French love tale dating back to 1250, in which a man and his lover peel a pear together with their teeth. As was common in such books, the first letter of each chapter was often ornately decorated; in one of these letters, an “S,” a man is depicted handing his heart (a symbol of his love) to his damsel. Note the likeliness to the modern heart emblem: 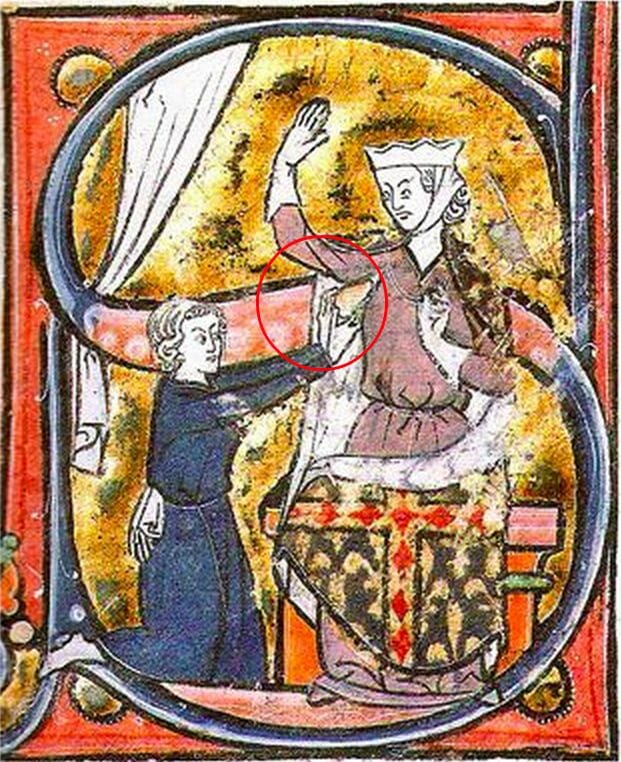 The French text “Roman de la poire” (c. 1250) pictures a kneeling man handing his heart to a love interest — the first instance of the heart symbol signifying love in a metaphorical context

In his famous Scrovegni Chapel masterwork, Italian painter Giotto included an allegorical portrait of Charity handing her heart to Christ — again, represented as a pine-cone shaped, indented form similar to the modern heart symbol. Revered by other artists of the era, this painting influenced a number of other works throughout the 1300s and 1400s, all of which portrayed the human heart in a similar form, and enlisted it as a symbol of love.

Despite considerable advances in anatomy throughout the 16th and 17th centuries (including da Vinci’s highly accurate drawings of the human heart), the ♥ symbol exploded in popularity. 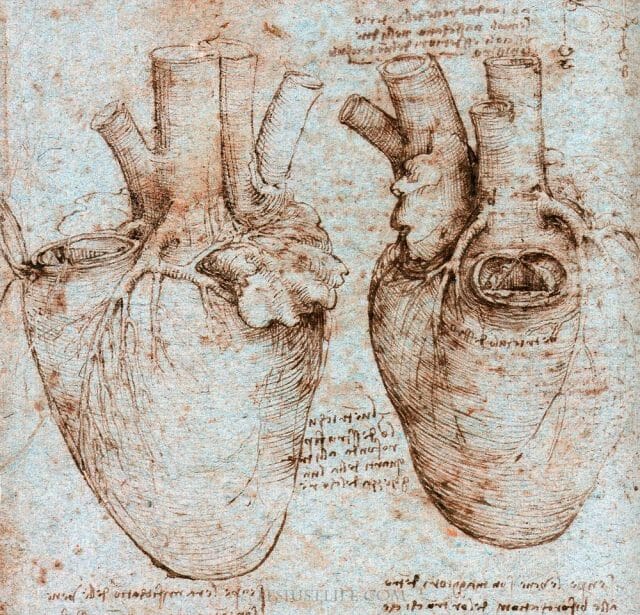 Whereas previous depictions were usually upside-down, from the 1500s onward, the heart symbol assumed its upright stance (point facing downward), and became an ubiquitous presence in paintings, books, and heraldry. Here are a few examples we dug up: 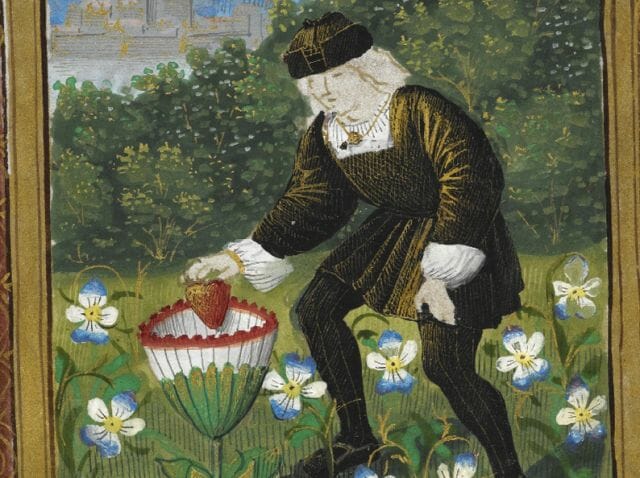 An image from the French text “Petit Livre d’Amour” (c. 1500), showing a man “depositing his heart in a marguerite flower,” which symbolizes his mistress 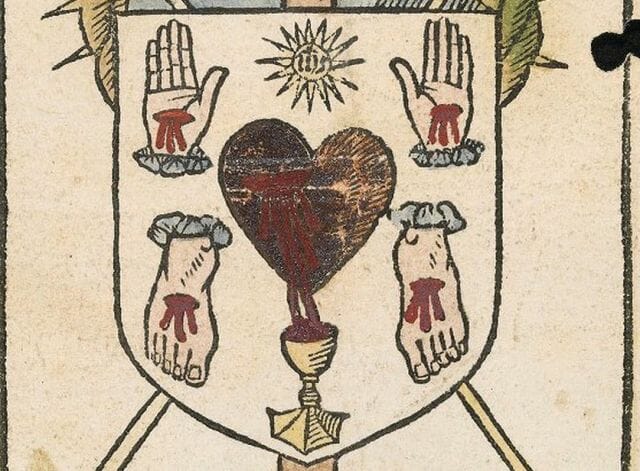 A shield representing the five wounds of Jesus during his crucifixion (c.1530s); note how all human body parts are represented accurately, except the heart 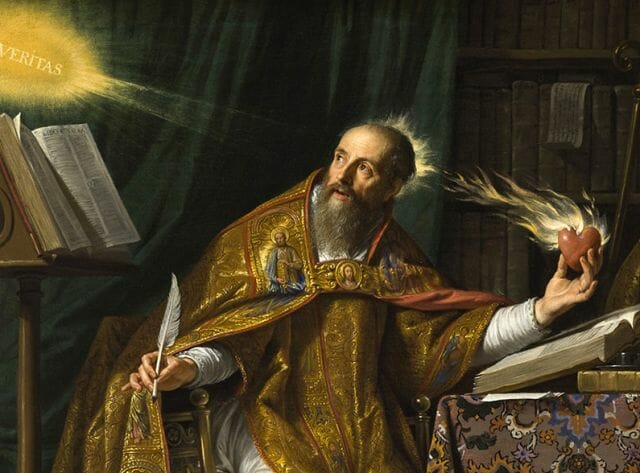 Another perpetuator of the anatomically incorrect heart symbol was the advent and rise of playing cards. The first suit, developed in Mamluk Egypt in the 1370s, was made up of cups, coins, swords, and polo-sticks; by 1450, the Swiss-Germans had changed this to shields, roses, acorns, and bells. It wasn’t until the early 1500s that the French coined the modern-day suit: trèfles (clubs, ♣), carreaux (diamonds, ♦), piques (spades, ♠), and cœurs (hearts, ♥).

Playing cards became immensely popular, and with them, the heart symbol became an irrevocable mainstay.

But the most lasting application of the heart symbol came from the Roman Catholic Church.

On December 27, 1673, Margaret Mary Alacoque, a nun from the Order of the Visitation of Holy Mary, claimed to encounter Jesus Christ. In this encounter, Christ supposedly told her “to rest her head upon his heart” and inform the world of his eternal love. This tale eventually resulted in the devotion of the “Sacred Heart,” or the belief that Jesus Christ’s physical heart is the representation of his divine love for humanity.

Many subsequent depictions of Christ showed him possessing “a flaming heart shining with divine light” — most often with his wounded hands pointing at the heart. It became not only an enduring image of Christ, but of the heart symbol — and it secured the symbol’s permanence long after anatomy studies proved it to be grossly inaccurate.

By the 19th century, (♥) had long been established as the go-to representation of the human heart, as well as the reigning symbol of love.

In 1977, New York City ran its “I ♥ NY” advertising campaign, marking the first instance of the symbol being used as a logograph for the verb “to love.” Thereafter, it became not only a representation of love, but a direct replacement for the word: “I ♥ [X]” morphed into the de facto way that people expressed their feelings for one another in Valentine’s Day cards, love letters, and (later down the line) text messages.

Interestingly, after being enlisted as a emoticon for “remaining lives” in the video game The Legend of Zelda (1986), the heart symbol also came to denote health. Dozens of video games copied Zelda, but moreover, health-food companies, and even the American Heart Association, enlisted the symbol as an ideogram for well-being throughout the 1990s.

Today, the symbol is everywhere: We scrawl it on notepads and secretly pass it in middle school classrooms. We text it with reckless abandon. We wear it on shirts, print it on cards, and stick it to the bumpers of our cars.

This once-earnest attempt at drawing an accurate heart has long-since been proven anatomically incorrect. We know now that the heart is a complex mass that is neither cute nor emanates feelings of love — but nonetheless, “♥” has become a fixture in our lives.