March 6 has not been a day of firsts. True, the first periodic table was formally presented to the Russian Chemical Society on March 6, 1869, and the Oreo was first introduced in 1912. And real, actual history was made in 1957 when Ghana became the first Sub-Saharan to achieve independence from the British. (Thanks Wikipedia.)

Nevertheless, today we offer you three stories of daredevils and their record-breaking, death-defying stunts:

If you heard that the record for the fastest transcontinental drive across the United States was 32 hours, 7 minutes, you probably wouldn’t try to break it. But you’re not Alex Roy.

The world record for the longest distance covered in one hang gliding trip was set by two men, on the same day, within sight of each other. They flew over 450 miles – nearly the distance from New York to Detroit. This is the story of that day, and the final push by the two daredevils to emerge as the one world-record holder.

3. King of the Daredevils

Unless you’ve been living under a rock, you probably heard about Felix Baumgartner’s record-breaking jump from the edge of space to become the first man or woman to break the sound barrier under his own power. Despite suffering from claustrophobia and crippling panic attacks. This article, however, focuses on “Fearless Felix’s” previous stunts, which are no less crazy. 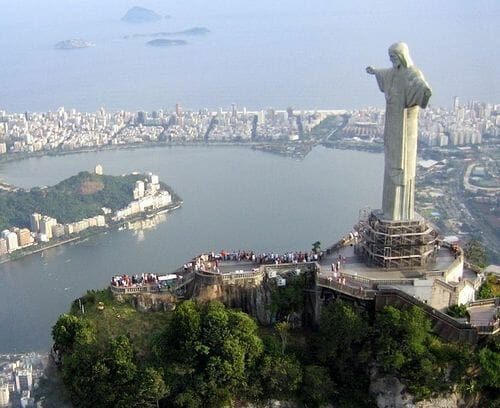 Felix Baumgartner jumped off this.

Now, since you’re probably already sitting at a desk as you read this, may we recommend that you give breaking the Minesweeper world record a try?