A History of Tug-of-War Fatalities 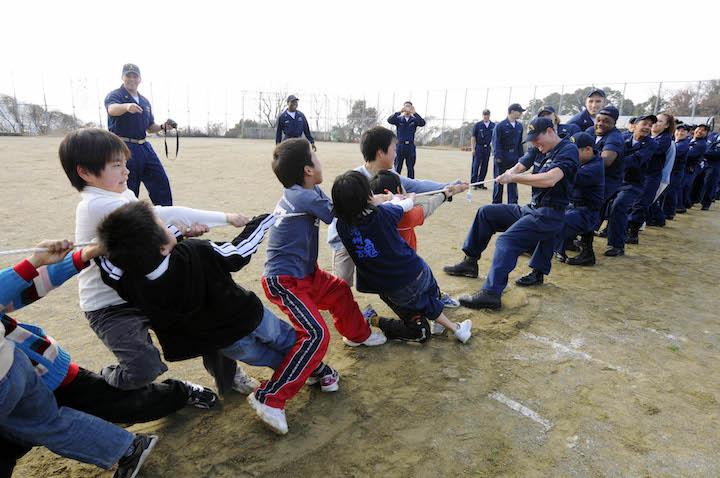 (Shel Silverstein, Where the Sidewalk Ends)

For centuries, tug of war has been celebrated for its positive virtues -- team-building, cooperation, and unity. The game, which features two teams pulling opposite ends of a rope, is internationally ubiquitous and is played by millions of people.

In various iterations, tug of war has been around for nearly 4,000 years. Ancient Egyptians, Chinese warriors, and Greek pontificators all recorded its merits before British sailors introduced the sport's modern variation in the late 1800s. The game garnered such wide-spread attention that it was even included as an Olympic sport from 1900-1920:

Today, tug of war operates on much smaller stages. As a sport, it is governed by the Tug of War International Federation, which organizes World Championships biannually; as an informal game, it has become an integral part of community events and recesses across the world.

But the game comes with its share of seldom published controversy: “improper play” has resulted in death and multiple accidents involving severed fingers, hands, and arms over the past 30 years -- particularly due to the use of non-approved ropes.

Severe tug of war injuries are almost always the result of amateur organizers using the wrong types of rope and underestimating the forces generated by play, says Shelby Richardson, President of the U.S. Tug of War Association (USTOWA). In several instances, these oversights have resulted in dire consequences.

During a typical tug of war match, a tremendous amount of tension (or elastic recoil) builds up. When improper rope is used (i.e. nylon), the chances of a snap exponentially increase. When this does happen, the stored tension in the rope can easily tear through tendon and bone. Similarly, the broken ends of an elastic polymer (again, nylon) can recoil like a rubber band if released, and reach speeds high enough to sever appendages.

On June 13, 1978 in a Pennsylvania suburb, the entirety of Harrisburg middle school -- some 2,300 students -- lined up in a schoolyard and attempted to set a Guinness World Record for the largest tug of war game ever played. Instead, disaster ensued.

Twelve minutes into the match, the 2,000-foot-long braided nylon rope snapped, recoiling several thousand pounds of stored energy. “It sounded like someone pulled the string on a party cracker,” recalled 14-year-old participant Shannon Meloy. “I smelled something burning and I thought it was the rope...but it was hands. I looked down and saw...blood.” In the ensuing chaos, nearly 200 students lay wounded -- five with severed fingertips, and one missing a thumb. Hundreds more faced second-degree burns. “It was just a game,” another student told the Gadsden Times a day later. “We just wanted to see how many could do it.”

The rope, provided by Pennsylvania Power and Light Co., had been intended for use in heavy construction, and was rated to withstand 13,000 pounds of stress.

Seventeen years later, in June of 1995, two incidents occurred only a week apart.

A man participating in a large tug of war game in Chattanooga, Tennessee had the rope wrapped around his hand (another no-no, according to USTOWA). When the other team suddenly exerted a tremendous pull, the loop tightened and tore off his hand.

Days later, in Frankfurt, Germany, one of the worst disasters in tug of war history occurred -- again, the result of trying to set a Guinness World Record. Several troops of Boy Scouts converged to attempt a 650-person match; minutes in, the “thumb-thick” nylon rope (which was nowhere near capable of withstanding the force of hundreds of people) snapped.

One end of the rope whipped back, instantly killing a 9-year-old boy on impact. In the aftermath, 102 others were severely injured; another boy passed away as a result of being crushed when everyone fell.

On October 25, 1997, a massive tug of war match was organized in Taiwan in celebration of Retrocession Day (the day the Japanese ceased colonial rule in Taiwan following World War II).

The 1,600 participants exerted over 180,000 pounds of force on a 2-inch thick nylon rope designed to withstand only 57,000 pounds. Amidst cheers, the rope violently snapped; the sheer rebounding force tore off the left arm of the first man on each side.

Forty other people suffered injuries, including ambassadors from Costa Rica, Guatemala and Nicaragua -- some quite serious, according to the medical report:

"The most devastating injury, described in this report, comprised liver and spleen rupture with C5-6 spinal cord injury as the initial presentations. A bilateral brachial plexus injury was also found in the subsequent investigation."

As a result, calls were put out for Taipei’s Mayor, Chen Shui-bian, to step down. Ultimately, several of the mayor’s staff members were impeached, and all medical expenses were paid for out of the officials’ pockets.

Jim Thurber, a 59-year-old from Nova Scotia, decided to participate in his county’s annual tug of war match at the last minute -- usually a light social event. “I had retired,” he told CBC in 2010. “But I thought it was one more chance to give the municipality a hand.” He never suspected he’d mean that in a literal sense.

Shortly into the match, the former warden spotted a loop in the rope and decided to grab it to get a better grip. In reality, he’d just put his hand into a slipknot: as 30 people on each side of the rope pulled with all their strength, Thurber’s palm was crushed. “My hand was in where there was no way I was getting it out,” he recalled. By the time officials had managed to stop the game, Thurber had lost four fingers.

It was one of many incidents in the decade. In 2007, two 17-year-old boys participating in a tug of war game at a Colorado homecoming looped the rope around their hands and suffered amputations. “Hearing it was pretty gross,” a student at the scene later told NBC. “There was like a lot of people screaming and just all blood flying everywhere and just people running out of the room." Signs were later posted at the Christian high school that read, “Their hands are in His hands.” Less than a year later, an eight-year-old Minnesota girl lost four fingers in a similar mishap during a tug of war match at a Leukemia fundraiser.

In 2013, there were two more incidents involving snapped ropes -- one in Hungary, and one in California -- each of which resulted in multiple finger avulsions. 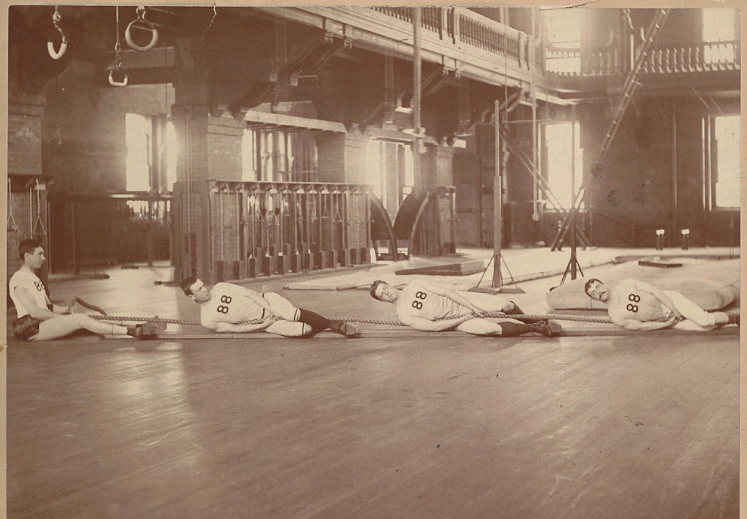 According to the International Tug of War Federation, safety is all in the rope; physics-keen entrepreneurs have taken note. Contractor’s Rope created a “natural manila fiber” rope that absorbs sweat and has less recoil than traditional nylon ropes. Even they admonish that participants should only test about 20% of any rope’s tensile strength -- "just to be sure."

Relative to the amount of tug of war games played each year (estimated to be in the millions), severe injuries are an extreme minority. Much more common are minor rope burns, scrapes, and bruises -- accidents that don't require 12 hours of intensive microsurgery. Our intention isn’t to sensationalize these mishaps, but rather to use them to illustrate a cautionary tale: simple physics (and common sense) could’ve been employed to avert nearly every disaster.

All said, tug of war shouldn't be demonized. It's a healthy sport that promotes team ethics and encourages both cooperation and discipline. As long as proper safety measures are taken (particularly when trying to set a Guinness World Record), the game is generally harmless -- not armless.

Priceonomics has written two books. One is for cynics, the other optimists. Choose wisely → Everything is Bullshit or Hipster Business Models. A version of this article first appeared May 22, 2014.