A Tale of Two Types of Law School Grads

Every year, tens of thousands of college graduates enter law school, often because of [shrugs shoulders]. Part of the the allure (aside from a reprieve from the question “What do you want to do when you grow up?”) is the promise of a high paying job. In the US, the average lawyer earns $120K per year and adds $1MM in increased lifetime income compared to the average bachelors degree holder.

But looking at “average earnings” is a bit misleading. Let’s look at the distribution of salaries of new law school graduates who become “associate attorneys.” 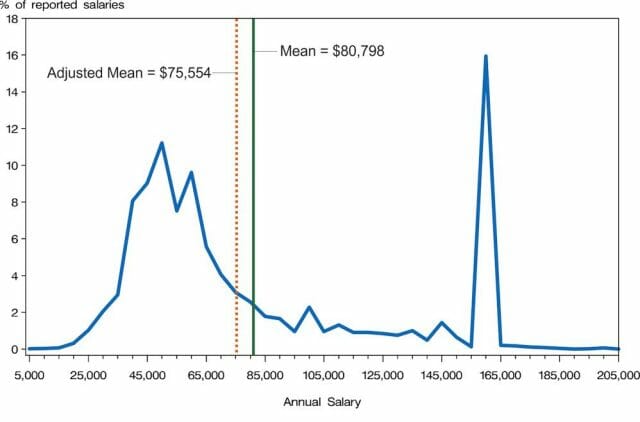 This bimodal distribution of salaries for law grads is relatively new. In 1991, the distribution was fairly normal: 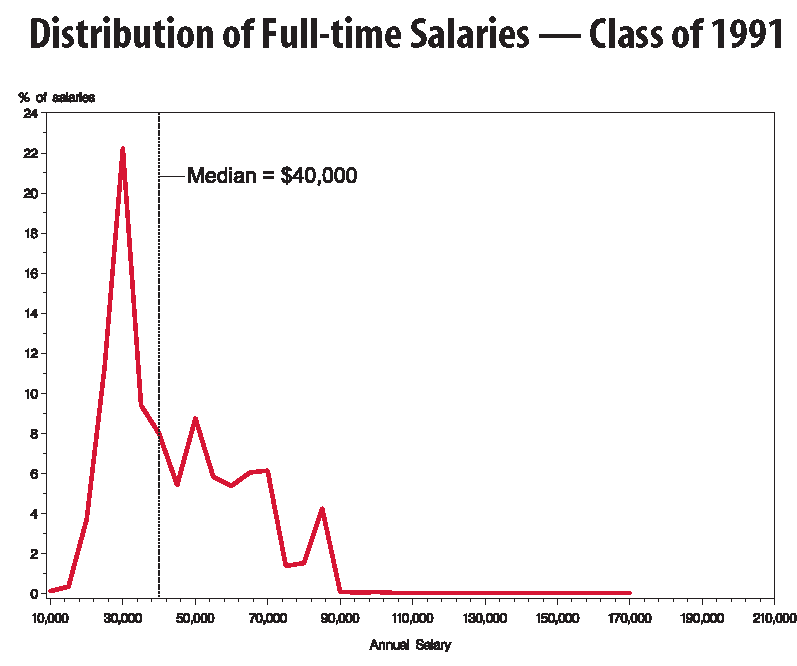 By 2000, however, the pattern of “haves” and “have-nots” among law school grads had emerged. 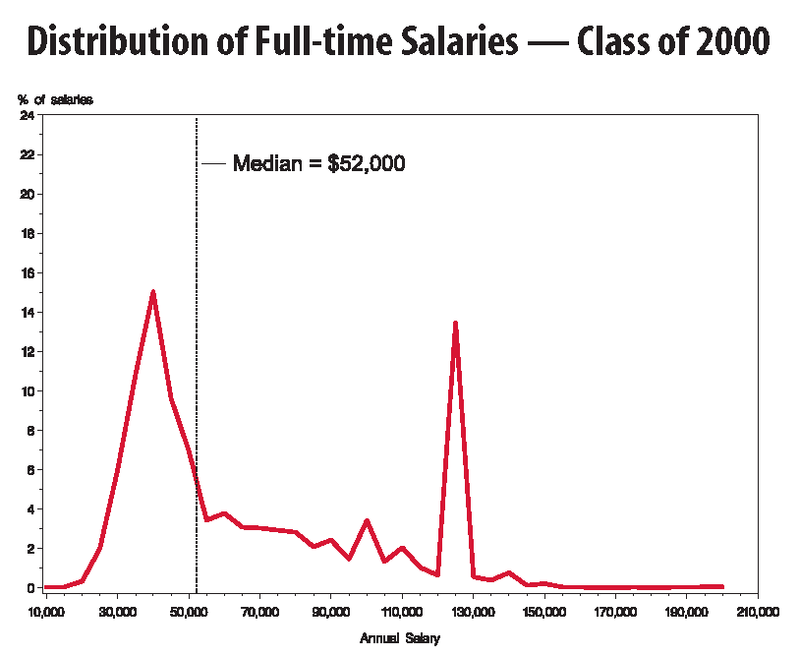 So, if you go to an expensive law school, you might end up making a lot of money. Or you might not. Either way, you’ll probably be unhappy.