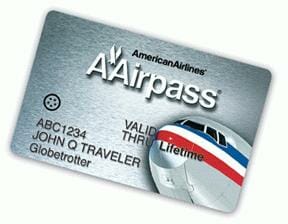 In 1981, American Airlines sold lifetime memberships offering unlimited first-class travel. Each membership cost $250,000, and a companion ticket cost an extra $150,000. That’s over $1 million in 2013 dollars, but for a number of frequent fliers, it was a steal. For three decades, they have treated friends, dates, and strangers to first class trips to Europe, crossed the world on a whim, and drank more champagne at ten thousand feet than they do on New Year’s Eve.

American decided to sell the passes to raise cash for an expansion. The Federal Reserve’s battle against the inflation of the seventies had caused interest rates to rise dramatically, making it difficult for a cash-strapped American Airlines to raise money.

American’s executives expected companies to buy the passes for “top employees.” What they didn’t predict is wealthy members of the public manipulating their passes like extreme couponers. “It soon became apparent that the public was smarter than we were,” said Bob Crandall, America’s former chairman and chief executive, in retrospect.

As Ken Bensinger of the Los Angeles Times reported in 2012, men like Steven Rothstein and Jacques Vroom turned their passes into a lifestyle, racking up tens of millions of miles. Not only did some pass holders fly constantly, making 10 plus transatlantic trips a year, they made multiple reservations in case they missed a flight, booked for fake companions to avoid sitting in a full row, and built up frequent flier miles to donate or give to friends. A few even sold their companion pass tickets, making shuttling people across the country first class into a full-time business.

American Airlines regretted it. They added fine print that banned selling companion tickets. The CEO privately asked people to return their memberships for a refund. And they raised prices before ceasing to sell the membership regularly – although not until 1994. A 2007 internal analysis found that pass holders like Steven Rothstein and Jacques Vroom cost American $1 million per year each. With only 64 current holders of lifetime memberships, that’s a drop in the bucket compared to American’s $23 billion in annual revenue. But it still inspired American to aggressively investigate, canceling the memberships of people who sold seats from their companion pass ticket for profit.

We learn that if something sounds too good to be true, it probably is. But as the lifetime members of American Airlines’s program learned, it’s well worth investigating whether you’ve discovered the exception.