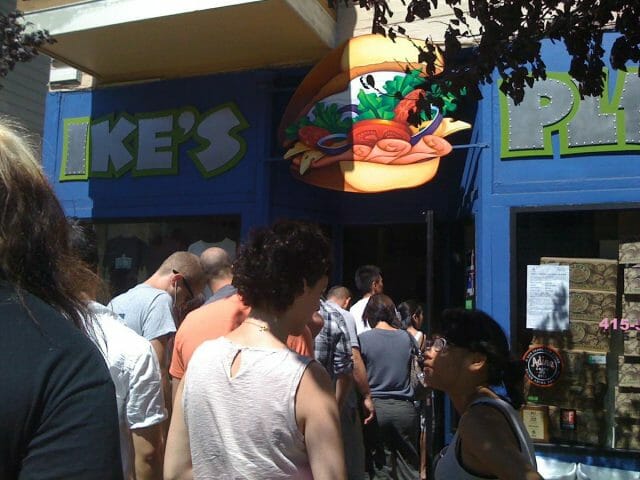 A couple weeks ago, Yelp’s data scientists published a list of the website’s top 100 restaurants. Normally, when we think of “Best of” lists for restaurants, we expect snobbish and overly expensive venues with long waiting lists. But Yelp’s methodology involved a combination of ratings and the number of reviews. Which thankfully gave room for popular and more affordable restaurants.

So, we thought we’d dig into the data and see what it reveals about America’s (or at least Yelp reviewers) preferences for food. First off, America really likes its cheap eats. Over half of the 100 restaurants were in Yelp’s “Under $10” price range. There may be something about deliciously cheap grub that attracts a loyal fanbase. One reviewer for Yelp’s top restaurant (Da Poke Shack in Hawaii) said he would return to the island just for another chance to eat there. This is pretty impressive for a tiny Hawaiian lunch spot with very limited seating.

If affordable food dominates the top-100 list, then what kinds of cuisines are represented? To simplify categorizing, we looked at the primary cuisine listed by Yelp for each restaurant.

These were the most frequently appearing cuisines: 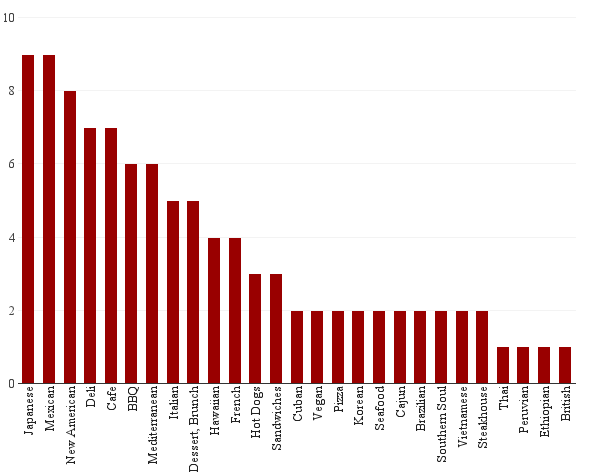 Japanese and Mexican cuisines held the top spot, followed by “New American,” whatever that means. According to Zagat, it generally refers to the “gussying up” of the standards for traditional American cuisine, while giving chefs the freedom to incorporate elements from other cuisines (sounds pretty high-brow). Delis, cafes, and BBQ joints also appeared frequently.

But we suspected that some cuisines tend to be more expensive than others. So we looked at the average price ranges for the 10 most frequently-appearing cuisines. While delis and Mexican were the most wallet-friendly, French and “New American” cost a pretty penny: 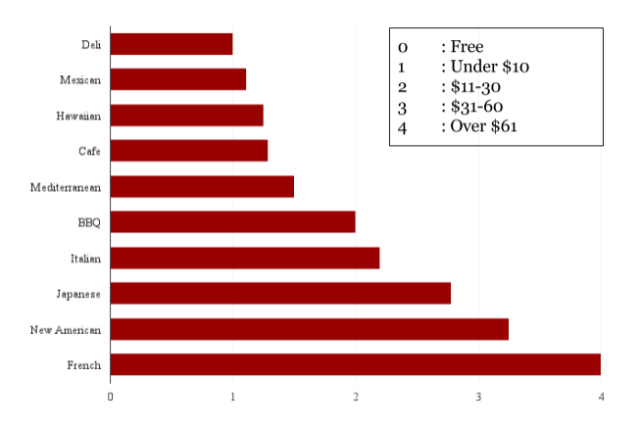 Finally, we wanted to know where these 100 restaurants were coming from. Were certain cities producing more of the top restaurants than others? Here’s what the distribution looks like for the top 15 cities: 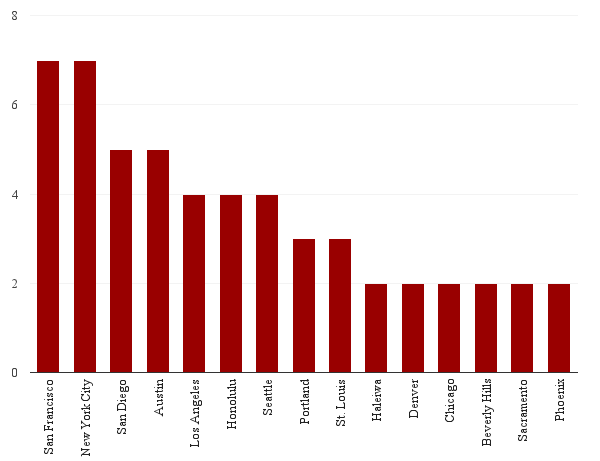 7 cities account for 36 of the best 100 restaurants on Yelp. Topping this list are San Francisco and New York, each with 7 restaurants. If you’re looking to build a “Foodie Index” of top cities for food snobs / enthusiasts, this could be your list!