The most popular searches on Priceonomics are Apple products. It is unclear, however, whether you can actually get a good deal on Apple products by getting them used. A quick perusal of Craigslist or eBay may leave you disappointed – a lot people want a lot of money for their precious Apple phones, tablets, and computers.

We decided to examine the question of whether you can get a good deal on Apple products by purchasing them used. We also investigate whether you should consider buying refurbished products directly from Apple instead of hunting for a used deal. 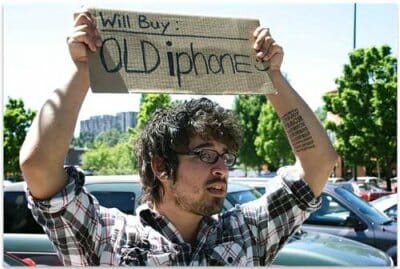 A Used Apple – Inexpensive Enough to be Tempting

We examined a sample of Apple products that were available new, used, and refurbished in order to see which of these three channels yielded the best value. New and refurbished prices come from Apple.com and used prices from our Apple price guides for phones, tablets, and computers. Because Apple does not sell refurbished iPhones, this product was not included in this analysis. The median cost savings of buying a used Apple device is 17%. The costs savings are even greater if you factor in that you have to pay sales tax when buying through Apple.com (you can avoid this sales tax for now through Amazon.com). A 17% discount isn’t enormous, but it’s certainly tempting to the team at Priceonomics. A used iMac saves you 16% and a used MacBook Air 10% – is that enough of a discount for you to undertake the hassle and risk of buying used?

“I’m looking at picking up a refurbished MacBook Pro 2.4GHz because it’s a steal of a deal. Anywho, I’m curious if the refurbished devices are as high quality as the new ones. I’m afraid of buying a problem laptop, which could happen with a new one as well.”

BBSwany, you’re not alone. Spend time on an Apple user forums and you’ll quickly discover a general sense of uneasiness about the prospect of purchasing refurbished items. For some, “refurbished” signifies a potentially defective item. Others consider “refurbished” to just be an expensive kind of used model.

In reality, a refurbished Apple product should be considered an adequate substitute for a new device. A product refurbished by Apple may be used, but as Apple outlines, it’s the best kind of used.

For example, a refurbished iPad receives thorough inspection, testing, and cleaning before receiving a unique part number and serial number. In addition, any defective parts are removed from the device before repackaging it with appropriate manual and cables. Consumers are guaranteed the standard one-year limited warranty with the option to purchase Apple Care for coverage up to three years. In a sense, the only distinguishing feature between a new and refurbished iPad is the plain brown packaging that accompanies the refurbished model.

If It’s Refurbished and Sold by Apple, It Must Be Overpriced! 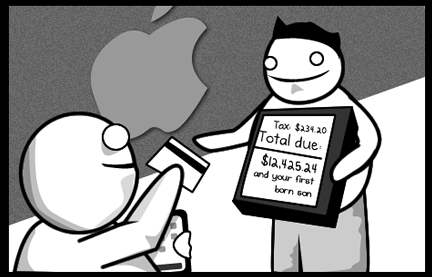 Given that refurbished items are almost as good as new, one would expect their price to be nearly as high as their new counterparts. After all, if there is only a negligible discount between a new and refurbished product, then you might as well purchase it new. 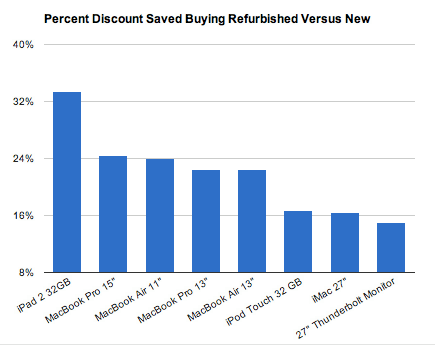 It turns out, Apple offers a significant discount for its refurbished products. Actually, on average you can save 22% by buying refurbished – it’s a pretty good deal versus new. Part of the reason is that five out of eight of the above products have recently been phased out due to model upgrades (i.e. 2011 13-inch MacBook Pro replaced by newer model in June 2012). In these cases, consumers save at least 23% off the new price. The 32 GB iPad 2 represented the largest savings at a 34% discount. Even the other three refurbished current products offer a significant discount. In these cases, Apple Refurbished saves consumers around 15% off the price listed in Apple’s main store.

So, Used versus Refurbished?

Buying used products can be time consuming and you run the risk the device you buy is a dud. You’d expect a used laptop on Craigslist to be listed at a discount to the Apple refurbished price. After all, the refurbished model vetted by Apple can be acquired with just a few clicks. Intuitively, used prices should be listed for way less than refurbished ones, right? 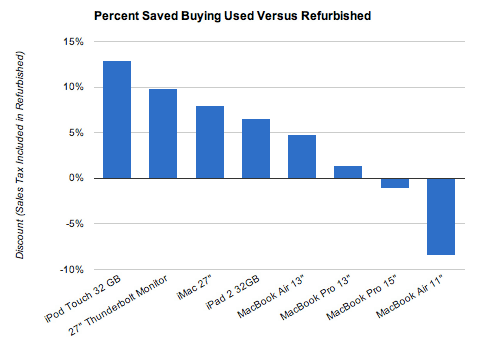 The discount for buying a used Apple device versus a refurbished one doesn’t appear to be very large. If the product you want is available refurbished, we say buy it!

In short, if the Apple product you desire is available refurbished, you are in luck. Refurbished Apple products seem to be a rare case of a great deal with very limited downside. If you can’t find a refurbished version of the product you are looking for, you have a more difficult dilemma. A 17% discount on a used Apple device is a nothing to sneeze at but it’s not enormous either. If you’re willing to scour the web for a good deal and diligently inspect the item before you buy it, you can save money. Unfortunately, sometimes to save money, you have to earn it.