How much does it cost to be an audiophile?

“All you needed was a cup of tea, a light, and your stereo, you know, and that’s what I had.” 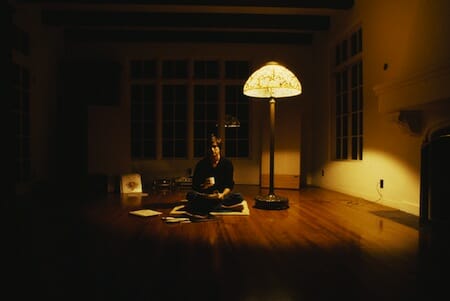 The bajillion dollar turntable in question – the Continuum Caliburn.

Since one of the most popular uses of Priceonomics is to look up the resale value of speakers, amplifiers, preamps, cd player, turntables and other audiophile accessories, we thought we’d dig in a little deeper. What does it mean to be an audiophile and just how darn expensive a hobby/addiction is it?

What does it mean to be an Audiophile?

“A key goal of audiophiles is to capture the experience of a live musical performance in a room with good acoustics, and reproduce it at home. It is widely agreed that this is very difficult and that even the best-regarded recording and playback systems rarely, if ever, achieve it.”

Audiophiles are focused on hearing high quality sound. The pursuit of this objective results in some behaviours that most people might find odd: eschewing MP3s and music streaming, spending thousands of dollars on connector cables, and worrying about miniscule vibrations caused by their systems affecting sound quality.

The main parts of an audio system are outlined by Stereophile:

An audiophile has an amplifier (either an “integrated amplifier” or two separate units called a “preamp” and “amplifier”) that interprets and powers the signal from the “source”. An average Joe might just use some computer speakers or a Jambox that doesn’t even have an amplifier that is distinct from the speakers.

The final aspect of the audiophile sound system are the speakers. Music-focused audiophiles usually just need two speakers since music is normally just recorded in two channels. There are, of course, home theater enthusiasts with 5-channel surround sound systems as well as audiophiles that prefer headphones.

Just how much does this cost?

Gizmodo had a useful framework for thinking about sound quality on a scale from 0 to 100:

If you get bit by the audiophile bug (and have a lot of disposable income), all of a sudden you have to spend more and more money to be satisfied by the sound quality of your stereo.

Just how far does this rabbit hole go? We decided stop by the venerable House of Music in San Francisco to find out. We spoke with Rick Rubin, a 9 year veteran of the store and devoted audiophile. Rick showed us a range of audiophile setups appropriate for the ultra rich, pretty rich and merely well to do.

The first system Rick showed us was a $250,000 system with all McIntosh components. We listened to the “The Girl from Ipanema” on CD and the six foot tall speakers dazzled. It sounded great, but holy crap, a quarter of million dollars! Going down the rung a bit was a $45,000 system with McIntosh components and the second most expensive speakers sold by Bowers and Wilkens (B&W). We listened to a vinyl record which sounded amazing. This system was set up in its own dedicated listening room which made the whole experience feel a lot more tranquil and exquisite. Given the choice of this audio system or a brand new luxury car as a free gift, this author might actually be tempted to choose the audio system (but realistically, probably wouldn’t in case anyone is offering!). Next, Rick showed us an “entry-level” audiophile system that cost $7,000. This system had a $4,000 integrated amplifier and $3,000 pair of speakers (so you’d also probably need to buy a source like a turntable or cd player, which would add to the cost significantly).

$7,000+ is a bit steep for a sound system, so we asked Rick to recommend a good sound system for someone who just has a regular job and budget. He paired a $500 Integra integrated amp with a $600 pair of B&W speakers and suggested using your computer as a source (playing high quality digital formats only of course!).

To this author’s unsophisticated ears, all of the sound systems sounded really excellent. Did the $250,000 system sound better than the $1,100 system? It felt that way, but it was hard to know for sure. Maybe it sounded better, or maybe it was just louder or had a more comfortable chair in the listening room. The chair was really nice.

From digging around audiophile forums and listening to awesome sound systems at the House of Music, this author gained a true appreciation for those that pursue aural perfection. Just like a student of meditation focuses intensely on the breath to still the mind and tune out errant thoughts, audiophiles meditate on music. They strive to clear out all other distractions and just focus on beautiful, wonderful sound. Their ability to focus and appreciation for music is enviable.

At the same time, it’s hard not to think that audiophiles are on the wrong side of history. As the rest of the world joyfully listens to Spotify and Pandora on their iPhones, audiophiles still listen to CDs! The march of technological progress has many casualties, and sound quality may just be one of them. The product desires of audiophiles are so idiosyncratic and contrary to popular tastes; they have an uphill battle to protect sound quality against faster, cheaper and more social access to music.