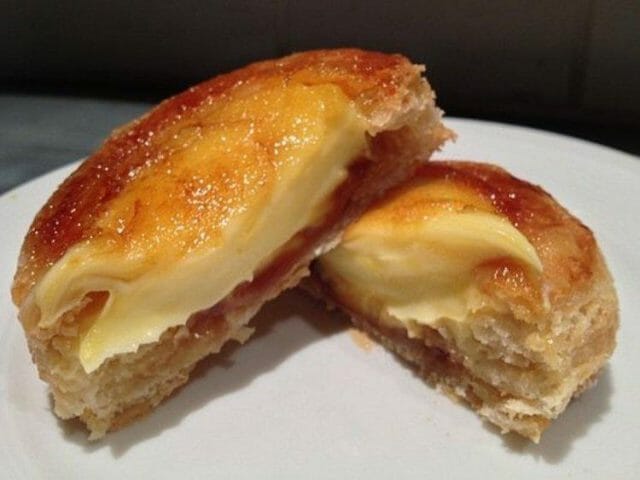 A “better than sex!” custard pastry

“I tried a bite/sip of everything and each item was its own unique orgasm of flavor, texture, and color. Simply put, one of the best meals of my life. Range, my panties are yours.” — Yelp review of Range, SF, $$$ (user Evan M.)

Yelp is one big public forum of individuals sharing some very intimate experiences. At least, it can feel that way when you read reviews about a restaurant patron’s “eyes rolling back in head”, as every “irresistable” bite of each “sultry” dish brings them to “foodgasm”. Or when they admit that a donut shop’s proximity to their office is “dangerous” for fear they cannot control their “addiction”.

This might explain why scientists are so attracted to Yelp reviews as a data set. Could the way we desccribe our experiences of the restaurants we love, (and the ones we hate), shed light on human nature? Stanford Computational Linguist, Dan Jurafsky, thinks so.

“Our hypothesis is that the function of reviews is not just to evaluate restaurants,” Jurafsky and a team of researchers wrote in a paper earlier this year. “Instead we propose that reviews are fundamentally a kind of social discourse.”

When you review a restaurant on Yelp, you ostensibly comment on the food. But, Jurafsky thinks, you’re also constructing narratives to further your social goals. Similar goals should result in similar narratives, which should lead to patterns in the language in our reviews.

The researchers took a lexicon of drug/addiction-related words (e.g. addict, craving, ‘drug of choice’, ‘made of crack’) and sex/sensuality-related words (e.g. sinful, orgasmic, naughty, seductive) that are used in Yelp reviews. Then they looked for them in 887,658 reviews of 6,548 restaurants.

Here are some of the reviews they cited as using drug metaphors:

the … garlic noodles should be outlawed! They are now my drug of choice

be warned the wings are addicting

… every time I need a fix. That fried chicken is so damn good!

And here are some of the reviews they cited as using sex metaphors:

Notice a trend? “Seductive” foie gras? Fried chicken “fix”? It turns out Yelpers are more likely to describe expensive food as like sex, and cheap food — particularly cheap, unhealthy food — as like drugs.

When they looked for words describing “foodcrack” — reviews the paper refers to as employing “drug and addiction narratives” — the researchers found that our use of these words is directly correlated with how cheap the restaurant we’re reviewing is: 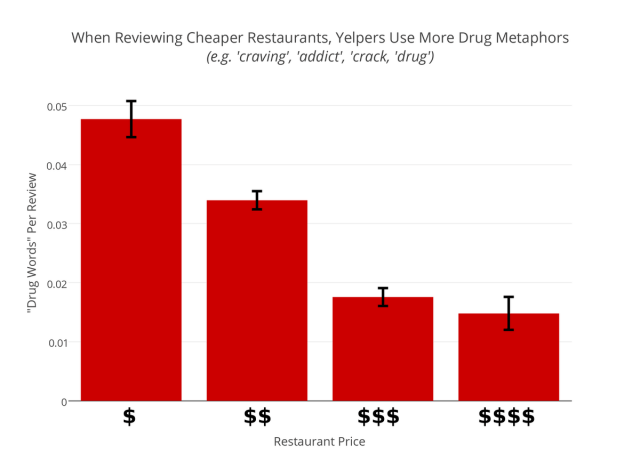 To get a sense of what these reviews were like, the researchers also looked for words that most commonly occurred near the words on their drug and addiction list. What food items did these words describe? What other descriptors were they paired with? 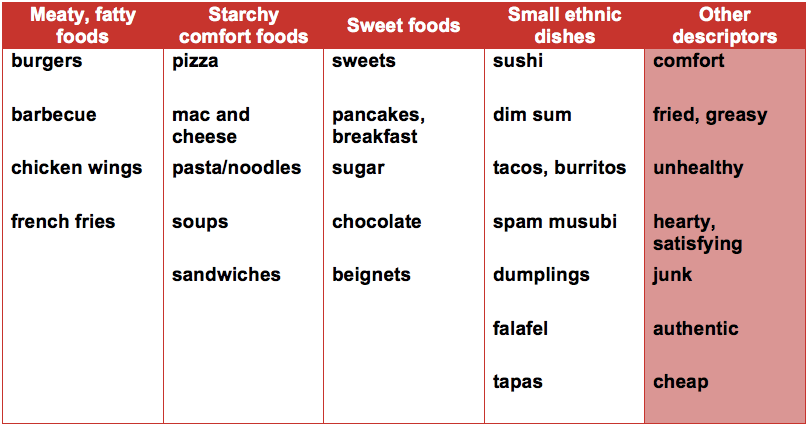 Pizza, fried spam, sweets, hamburgers, fast food, take out, junk food, comfort food: these are usually things we think we shouldn’t be eating. “Craved foods aren’t vegetables,” the researchers quip. Whether or not these foods are actually have biochemically addictive properties, researchers note that people certainly seem to think they do:

The folk model of what we crave or are addicted to encompasses foods that are somehow considered inappropriate for a meal, bad for you (unhealthily full of fats and sugars), inexpensive, comfort food that we feel guilty for having but eat anyhow.

What social goal are we accomplishing by framing our enjoyment of a restaurant in a drug/addiction narrative? It absolves us of some responsibility. “Somehow if it’s a drug or we’re addicted, it’s really not really our fault. It’s really the fault of the food which is this awful drug-like thing,” said Jurafsky, in an interview.

He reduced the attitude down to: “It wasn’t my fault. I had to eat that cupcake. It made me eat it.” 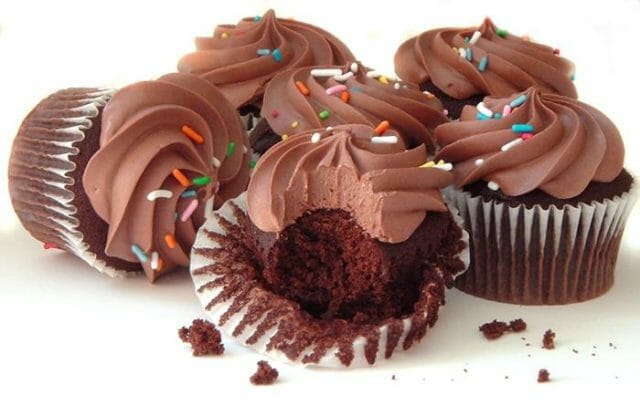 “I had to eat that cupcake. It made me eat it” — Dan Jurafsky

On the other hand, when researchers examined reviews that described food with sexy, sensual metaphors, they found that our use of these words is directly correlated with how expensive the restaurant we’re reviewing is:

“By using the metaphor of sexuality and sensuality,” the paper reads, “the reviewer further portrays themselves as a food lover attuned to the sensual and hedonic element of cuisine.”

The researchers say that sex is thought of as sophisticated — at least when it comes to dining. The ability to feel something so profound as sexual pleasure in food indicates an exquisite meal and a cultured palette. This would be consistent with their finding that people tend to write longer reviews of more expensive restaurants, and they use bigger words, “adopting the stance of the high socio-economic class associated with expensive restaurants.”

So the next time you go out to eat, consider what you’re more in the mood for — a sensual escapade or a drug high. For what it’s worth, the drug high is probably cheaper.