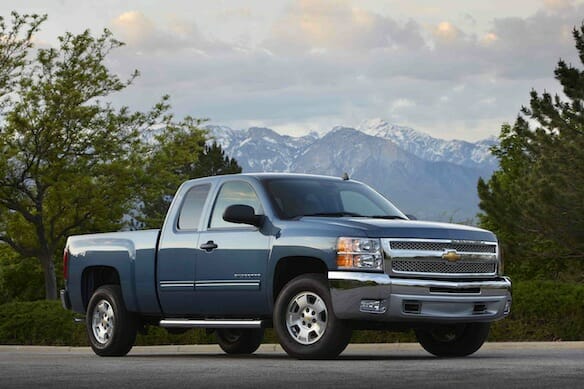 The Beginning of Chevrolet Motors

Chevrolet was founded in Detroit, 1911 by race car driver Louis Chevrolet and William Durant. Durant was head of the already formed General Motors. In 1910 Durant was force out of General Motors, but would not leave the industry. Durant believed between his ingenuity and Chevrolet’s reputation and popularity, they could be a success. The newly formed Chevrolet’s first car was the Series C Classic Six, packing a 40hp 4.9L six cylinder with speeds of 65mph. Despite the high price of $2,150 it became very popular due to its style, comfort, and build quality. Chevrolet then introduced a smaller, more affordable car name the “Little”. Both the Little and the C Classic were successfully produced until 1913, but Durant realized there was a greater market with a more affordable, entry level series. In 1914 the “Little” was renamed the Model L, as well as the introduction of a new Model H. These were a massive success as a result of their low price, quality, and durability of the motors. The same year, Chevrolet started using the “Bowtie Emblem”, which is said to be designed form wallpaper Durant once saw while staying in a French hotel.

The First C Classic Six featured an electric start as well as electric headlights. At the time this was even a rarity for the most luxurious of cars. Chevrolet had a great influence on the automobile market during the 1950’s and 60’s. Things such as safety glass, fuel injection (1957), Anti-Lock-Brakes (ABS), and Electric-Stability-Control (ESC) were just a few additional innovations Chevrolet developed. In 1953 they introduced the iconic Corvette with a full fiberglass body. Chevrolet also made performance affordable for all. The 4 and 6 cylinder motors were a success, but in 1955 Chevrolet introduced the Small Block V8. This truly spawned a new era in high performance, and established them as a power house in Motorsports. Throughout the years Chevrolet has created so many models, but few stand out as iconic.

1936 Suburban: The 1936 Suburban was one of the earliest SUVs. The first generation Suburban was often put to work, whether it was carrying luggage, supplies or up to an incredible 8 people. Today more than 2 million Chevy Suburbans have been built. Believe it or not, the Suburban has become the longest, continuous production automotive in the United States.

1948 Pickup: People have always loved Chevy pickups. The 1948 introduced a roomier interior able to fit 3 people. With the reliability and versatility, more families began to consider a Chevy pickup for a second car in the 1940’s-50’s.

1953 Corvette: Powered by a souped-up Chevy 6 cylinder, this futuristic fiberglass body was a true beauty. A few years later, GM replaced the 6 cylinder with its new Chevy small-block V8. The Corvette has been a racing success ever since.

1955 Bel Air: The 1955 Bel Air was made in an attempt to reface Chevy. Making it longer, lower and more powerful, it became an instant classic and desired car. This was also the debut of the Turbo Fire V8 variant.

1963 Impala: Sporting a massive 409-ci V8 with 425 horsepower the 1963 was an astounding vehicle. Not only was this powerful, but it was supper stylish with its convertible-look roofline and pointed fenders.

1969 Camaro: The final year of the first generation Camaro, the restyled ’69s was hot, and was everywhere, The Z28 was headed for a Trans-Am title, RS/SS popped up just in time for the 1969 Indy 500. The1969 Camaro has become one of the most collectible of years.

1997 Corvette: Completely restyled with the new LS1 small-block V8, equipped with a 6-speed manual transmission, the 1997 C5 could reach 170 mph.

2010 Camaro: After being taken out of production, in 2010 the Camaro returned. With a complete all new design based of the 1967 Camaro, the 2010 has become a super popular modern day muscle car for all. Both v6 and v8 RS/SS versions are available.

2011 Volt: Battery powered for the first 50 mile, the revolutionary electric-powered Volt has a gas-powered generator providing additional electricity to continue on for another 300 miles. The Volt was named Motor Trend Car of the Year for 2011. Chevrolet estimated that about two-thirds of the more than 2 million miles driven so far by Volt owners had been on electricity from the grid.

What the Future Holds For Chevrolet

Chevrolet is one of GM’s most successful brands at the moment but its not stopping them from restyling their fleet over the coming years. Despite concerns of gas mileage standards, GM is still pushing their SUV’s and Trucks. There will be great focus on downsizing engine sizes and weight, while still keeping performance. GM and Chevrolet have a number of new engine options becoming available. GM’s focus has wondered from the truck mentality they were once built on, but I sense a major overhaul and relaunch of all things truck. Below are some of the upcoming restyling and model launches set for 2014-2016.

Spark: A Spark electric vehicle is scheduled to arrive for the 2014 model.

Cruze: Significant overhaul won’t happen until 2014, when the Cruze is due for a restyling similar to the 2014

Chevy Impala. GM also has confirmed a diesel engine for the 2014 model.

Volt: An expected restyling for the 2014 model year could see the Volt take on some of the styling features of the Opel Ampera.

Malibu: A 2.0-liter turbo engine will be available in the fall of this year.

Camaro: A Camaro redesign is expected by late 2015 for the 2016 model year. GM plans to drop a lot of weight for the Camaro.

Tahoe/Suburban: The next-generation scheduled for the 2014 models. New strong and lighter metal materials are said to be used. The Tahoe/Suburban is also set to get GM’s fifth-generation small-block V8 engine, which will have direct injection, variable-valve timing and cylinder deactivation.

Colorado: New generation expected for the 2014 model. The engine lineup is likely to include a 3.6-liter V6 and a 2.0-liter turbo.

Silverado 1500: Long awaited redesign for the 2014 model. Major weight reduction is said to be in effect as well as greater performance.