An Israeli designer, Izhar Gafni, has created a fully functioning bike made almost entirely out of cardboard. It costs only $9-$12 to make, can support a person up to 300 pounds, and remains impervious to water damage. 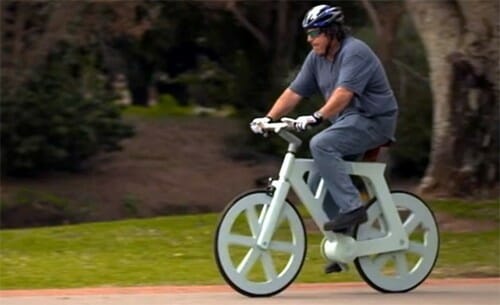 Commentators have lauded its “green” potential as it can be made mostly of recycled cardboard. Its low cost makes it extremely affordable, and addresses a Priceonomics pet peeve – stolen bikes! Thieves currently steal bicycles because they offer a decent financial return with almost no risk of getting caught: 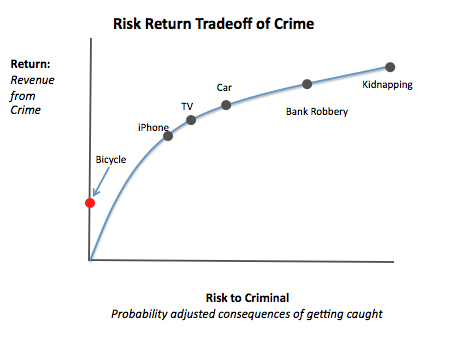 But how many bike thieves will find it worthwhile to steal a cardboard bike that sells at only $60 or so new? Not many.

The story of creating Gafni’s cardboard bike is an interesting one.

The idea came to him after he learned about someone who made a cardboard canoe. It took him 2 years to apply the same idea to cardboard. Although the only design principles for cardboard were those that applied to packaging, Gafni managed to support the weight of a human body by applying the principle of oragami: folding something once does not double its strength, it triples it. 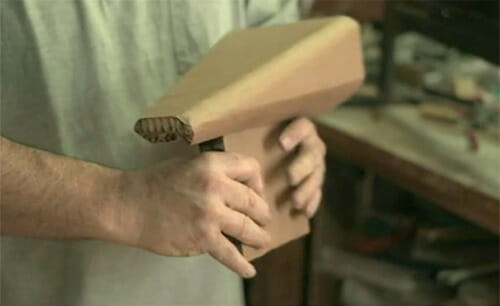 He describes his first prototype as a “package on wheels.” So, after 2 years of work, “the real challenges started.” It took him another year to figure out how to make his package on wheels look like a normal bike. 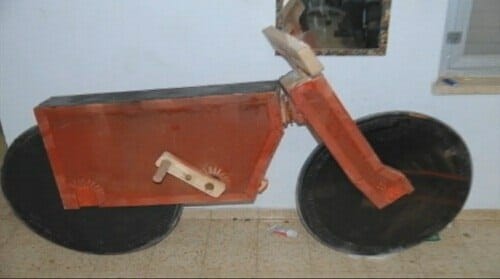 But before he started, he faced the question of whether to try at all. When mulling over the idea, Gafni turned to his colleagues:

“I talked to 3 engineers which I really highly appreciate and they said, ‘It’s impossible. There’s no way it can be done.’”

But he didn’t listen to them. Instead he listened to his wife, who knew that he would go crazy if he didn’t try, and found inspiration in a quote from the creation of the first jumbo jet:

“When we were told it’s impossible, we knew it’s the right way to be done.”

Silicon Valley is full of advice to invest in your network and trust them to provide opportunities and great ideas. It is also full of advice to believe in your idea even if everyone else believes it is impossible – to have a “reality distortion field” like Steve Jobs.

The two can be contradictory. Izhar Gafni ignored his network and believed in his idea. What would you do?