Cyberflaneurs and the iGod: The Writings of Evgeny Morozov

The writing of Evgeny Morozov has just the kind of tone we like around here: authoritative, witty, nerdy.

Morozov was born in Belarus but quickly rose to be a Visiting Scholar in Stanford University’s Liberation Technology Program, a member of Forbes’s 30 under 30 list, and a fellow at a long list of organizations.

Despite his professional accolades, he seems to thrive on contrarianism and ruffling feathers. He made a name for himself by arguing that the Internet is better at helping dictators cement their authority than spreading democracy – directly contradicting the view held by most everyone in his field. He has since extended his contrarian streak to every interesting question about the Internet, and it makes for entertaining reading. Here, we present some favorites:

1) The Death of the Cyberflaneur

In a world of a million different cat memes, Morozov bravely argues that the Internet has become less playful, more a place to get things done and efficiently find information than stumble upon interesting tidbits. Also see a counterpoint here from The Atlantic. 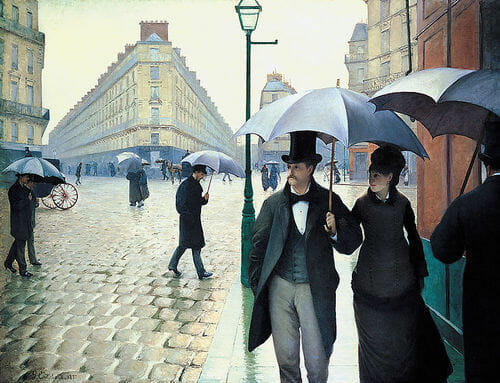 A flaneur. It’s a French thing.

2) Texting Toward Utopia: Does the Internet Spread Democracy?

Where it all began. Morozov props up a straw man arguing that the Internet leads straight to a happy land of freedom, democracy, and apple pie, then proceeds to skewer him. Also see his TED Talk on the Internet’s Orwellian aspects.

3) The iGod: Steve Jobs’s Pursuit of Perfection – and the Consequences

This is by far the best thing ever written about Steve Jobs.

When Steve Jobs death inspired idolatry across the world, adoring fans (and press) described him with terms like “the philosopher” and “the magician.” Enter Morozov, a nerd who actually understands philosophy and has the ability to talk about the metaphysical properties of products without sounding like an idiot. Choice quote:

Apple allowed people who had missed all the important fights of their era to participate in a battle of their own—a battle for progress, humanity, innovation. And it was a battle that was to be won in the stores. As Apple’s marketing director in the early 1980s told Esquire, “We all felt as though we had missed the civil rights movement. We had missed Vietnam. What we had was the Macintosh.” The consumer as revolutionary: it was altogether brilliant, and of course a terrible delusion.

4) You Can’t Say That on the Internet

How Google and Silicon Valley became our censors without anyone really noticing.

Why Kickstarter is not as revolutionary as promised.

Do you think Morozov is a crazy person for saying the Internet is getting boring? Or that Steve Jobs was more than a salesman of self-delusion? Are you an artist that escaped the entertainment industry’s shackles through KickStarter? Let us know in the comments.