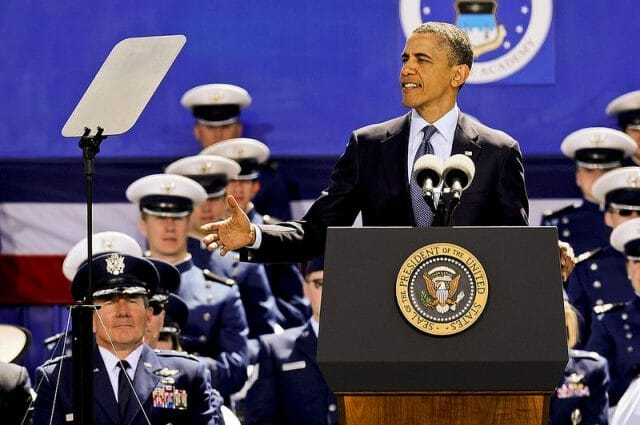 Exhortations to the value of public service are a staple of commencement speeches, but how many college graduates actually put their degrees toward public service after graduation?

To answer that question, a team from the Aspen Institute turned to LinkedIn’s employment data. By calculating the percentage of graduates from each college employed in public education, government, or nonprofit organizations, they came up with the following list of America’s top colleges and universities for public service. 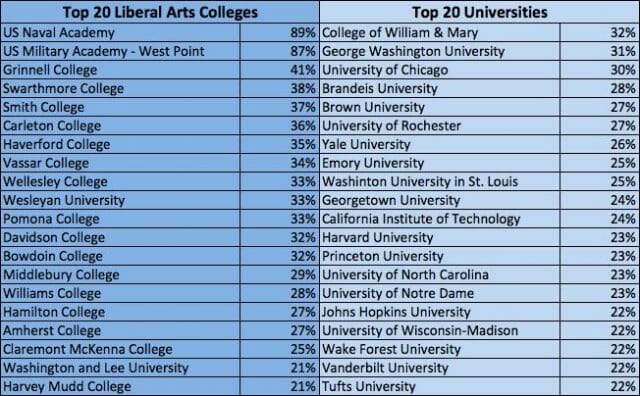 Source: The Aspen Institute in The Washington Monthly

The table lists the share of each school’s graduates in public service from 2000-2010. The averages for all liberal arts colleges (weighted by school size) over the period was 41.6%. The average share of university graduates was 20.1%.

There’s no clear answer, although the authors do point to the absence of top-rated universities among the schools sending the most graduates into public service. (The gap is smaller among liberal arts colleges.)

But the authors also note that schools with the most graduates in public service are not there by chance. They earned their ranking by supporting public service.

Grinnell College funds fellowships for their graduates to work in volunteer positions after graduation. The University of Chicago’s “Careers in Public and Social Service” program helps students find public service jobs – and offers an alternative to savvy recruiters from consulting firms. Haverford College provides free housing to young alumni who work for a nonprofit organization in nearby Philadelphia. As the authors write of the schools that supply the largest share of public service workers:

All of them actively cultivated cultures of service on campus, and then built the financial and programmatic infrastructure to support students’ trajectories in service after graduation.

Universities benefit communities and the economy by educating doctors and entrepreneurs as well as public servants. And plenty of people are using their time in government to do more harm than good, while Bill Gates has done much more for the world than he could have as an employee at a nonprofit. But if universities want to live up to their talk of “giving back,” it looks like they’ve got work to do.