You’ve done it before, haven’t you?

You want to buy a new digital camera, or a new pair of sheets, so you look at product reviews online, compare prices, and look at feature listings. Which camera can store more pictures? Which sheets are cheapest without being uncomfortable? Is the big-name brand worth the price? Before you know it, you’ve spent an entire Sunday afternoon researching how to save $5 on new sheets or deciding which nearly-identical camera to buy.

This is one takeaway of new research from Monica Sun of the Stanford Business School on “Optimal Search for Product Information.” She finds that the seemingly endless amount of information available about products on the Internet is a “mixed blessing.”

While it is free to research products online, she and her co-authors remind consumers that time is money:

Product research can certainly pay off if you do settle on a worthwhile purchase. However, despite the ease of finding information on the internet, the process isn’t costless. Even if you’re not paying for access to the information, you’re spending your valuable time…

So how long should you search? That, according to Sun’s model, depends largely on your own search costs. “If you’re a highly paid executive,” Sun says, “you should do almost no search, and make a decision right away.” 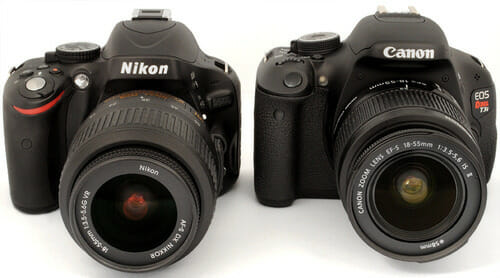 Do you care which is slightly better?

This makes sense to us. Just as Econ 101 teaches that Bill Gates should hire someone else to mow his lawn because his time is more valuable than the cost of landscaping, the amount of time spent researching the best value camera can be a waste. If you make loads of money and have no time, just go ahead and buy the expensive, brand-name camera that does it all. If you have loads of time and a strict budget, lavish your time on finding a bargain that still suits your needs.

But it also seems like a recipe for drowning in a bunch of crap. As Paul Graham points out, stuff used to be rare and valuable, but now most Americans have too much stuff. He argues in his essay “Stuff” that everything you buy has a “cost” in terms of the energy you’ll spend thinking about it, the space it takes up, upkeep, and the limitations on your freedom when you own a mountain of material possessions. In his words:

Once you’ve accumulated a certain amount of stuff, it starts to own you rather than the other way around. I know of one couple who couldn’t retire to the town they preferred because they couldn’t afford a place there big enough for all their stuff. Their house isn’t theirs; it’s their stuff’s. 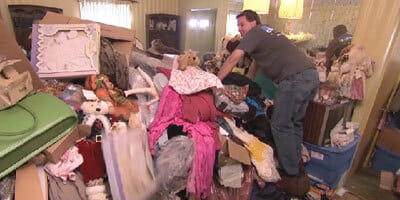 Have you ever come back from traveling abroad and realized how you got by with very few possessions? Dustin Curtis did, and his response offers a radical alternative:

When I got back to San Francisco after a three month trip to Southeast Asia last year, I had no possessions. I was living out of hotels. Everything I carried had to fit into a backpack, so I spent the time to carefully research and buy only the very best of each individual item I was carrying. The best towel. The best pen and notebook…

An interesting side effect, which I hadn’t anticipated, was that I developed a blind trust in the things I used… When you have trust in everything you own, you don’t have to worry about anything. It’s liberating and an amazing feeling. My life was markedly better because of it.

When I finally moved into an apartment, I resolved to continue the same lifestyle. I’d only buy the very best of everything, even if that meant owning very few things.

Being rich should not mean that you can buy a product without having to research it first, it means that price should not keep you from buying the best product for your needs. It means buying the perfect pair of hiking boots that will last a lifetime rather than a decent pair that causes blisters and wears down in a few years.

There is some room for compromise. Is the feeling of lying down on silky, soft sheets the best part of your day? Then you should research thoroughly like Curtis advocates. Do you just need something to separate you from your moldy, old mattress? Then you can follow Sun’s advice and decide quickly. But if you don’t care enough about a product to research it thoroughly, then it is worth asking whether you truly need it. Otherwise, as Tyler Durden points out in Fight Club, “The things you used to own, now they own you.”