Effectiveness of Fines for Late Pick-Up at Daycare Centers 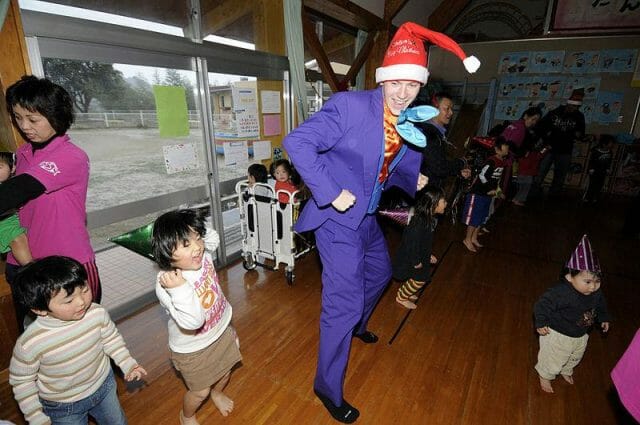 If you fine someone for doing a bad thing, that should cause the bad behavior to decrease, right? But what if instead the imposition of fines leads to more negative behavior? Is it possible that people will choose to pay the fines and purchase the right to engage in negative behavior?

Psychologists at the University of California, San Diego, set out to test this at private daycare centers in Israel. The researchers observed how often parents picked up their children late from daycare over twenty weeks. In the control group, parents were expected to pick up their kids at 4PM like any responsible parent. In the test group, however, a fine of 10 shekels ($2.84) was introduced for late parents, starting in week 6.

So what happened? Did the fine decrease the number of late pickups? Nope, the number of parents who were late to picking up their kids exploded! 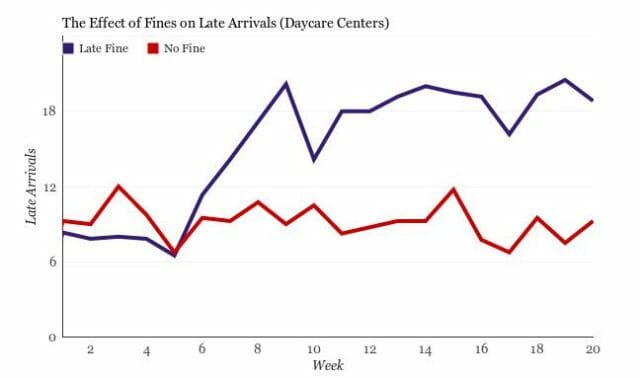 Source: Why We Reason, Data via UC-San Diego

The modest fine only caused parents to exercise the option to pick up their kids later. Even when the fine was removed in week 17, late arrivals did not drop very much. Meanwhile, the “No Fine” groups continued to average around 9 late arrivals per week. Once bad behavior was permitted in the test group, it stuck.

We can’t but wonder if this experiment would have turned out differently if the fine were 10x or 100x more severe. The takeaway could be that if you’re going to fine someone, make sure the penalty is excessive — a lesson that city governments seem to already understand when setting parking fines!