Filibustering Your Way to Fame

On Wednesday, Rand Paul filibustered the confirmation of John Brennan, Obama’s pick for CIA director. But unlike the oodles of filibusters in which someone stalls the Senate by noting that they intend to filibuster, this was the real deal. Paul spoke for nearly 13 straight hours on his opposition to the drone strike policy championed by Brennan, as well as wider terrorism issues. 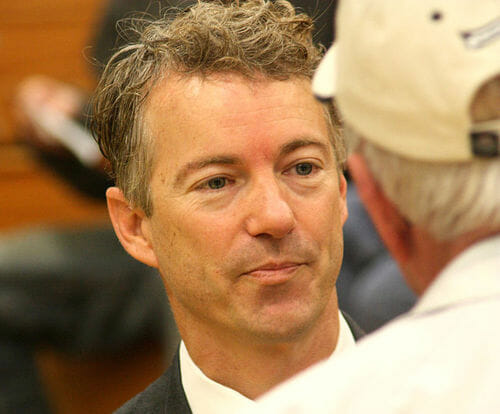 While this may or may not have gotten Americans to pay attention to drone policy, we did learn about the superhuman bladders of senators. The New York Times reported a joke from Paul about being unable to continue much longer because he could not continue filibustering if he took a quick trip to the bathroom.

If Paul’s 13 restroom-free hours seem impressive, Strom Thurmond’s record 28-hour filibuster seems inhuman. Thurmond took “steam baths every day to dehydrate his body so it could absorb fluids without his having to leave the Senate chamber for the bathroom,” but he also did use the restroom once when a colleague took several minutes to update the Congressional Record.

The day offered a great opportunity for bathroom humor, but it also graphically represented why sensationalist actions play so well in politics during the age of 24-hour news cycles and social media. As reported on Mashable, 3,500 more people began following Paul on Twitter for every hour of his filibuster. 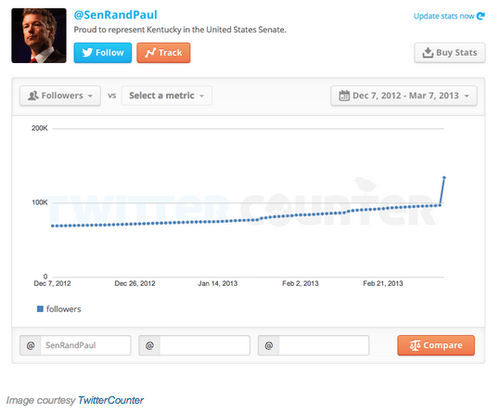 And compared to the prior week: Paul gained around 40,000 followers, but this only reflects how his filibuster dominated social media during the day. And among traditional media, instead of receiving one headline the following day, he garnered constant coverage. On March 6 and 7, The Atlantic posted online stories about the filibuster at least 5 times, The New York Times 6 times.

Paul has received accolades for his actions as a principled stance, and it’s likely that he acted on the issues rather than the exposure. But it still demonstrated the power of a bold, uncompromising stunt, and you can be sure that the lesson hasn’t been lost on young politicians looking for a quick path to the spotlight. If you believe in the utility of gradual compromises, or the necessity of give and take, then there is reason to be afraid.