America may be evenly divided between red states and blue states, but the Huffington Post is handily beating Fox News for where most Americans get their online news according to a joint study by Bitly and Forbes.

Just how big is the Huffington Post? The site gets a staggering 8 million comments per month and that number is growing quickly. 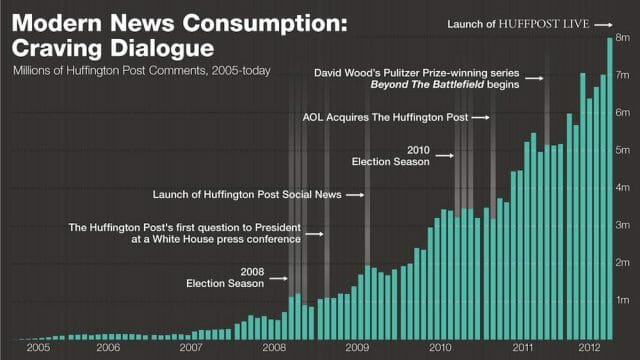