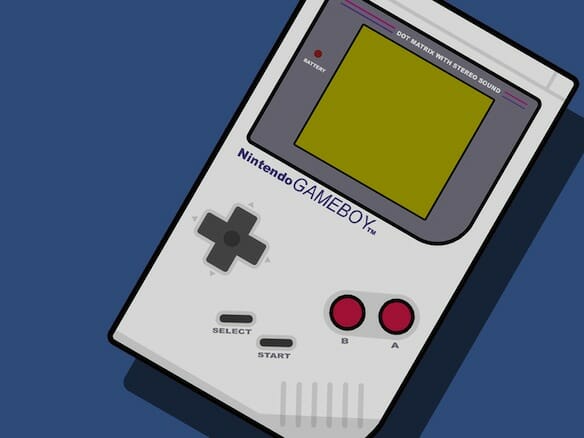 The market for handheld video games has largely been divided between two companies: Nintendo and Sony. Nintendo has been building handheld gaming consoles under the “DS” line since 2004 and includes the original DS, the DS Lite, the DSi, the DSi XL, the 3DS, and the 3DS XL. Similarly, Sony has their own line of portable PlayStation devices. Starting with the original PlayStation Portable or PSP for short, then the PSP Go, and most recently the PS Vita. Sony release the first of their PSP devices in 2004 as well.

In 2004, when Nintendo released the DS, it did so after selling more than 100 million units of the Game Boy Advance. The risk was undertaken because Sony’s PSP was about to become a serious threat to Nintendo’s dominance of the portable gaming market. One major advantage of the DS was that it was backwards compatible with the previous generation of Nintendo handheld games, from the Game Boy Advance. This was the first dual screen portable, the bottom one being a touch screen capable one. The DS was successful, but had its own set of drawbacks. These were addressed by released the DS Lite in 2006, which meant improved screens, while the body of the device became thinner and lighter (as one would expect). Next, in 2008, the DSi came around, again boasting more hardware improvements like an SD card slot, built in cameras, and built-in rewriteable media. These improvements in the DSi came at the expense of Game Boy Advance backwards compatibility. The DSi XL came the following year and remained the same device with the exception of a larger screen and corresponding body size. Finally, in 2011, Nintendo released the 3DS and in 2012 released the 3DS XL. As is plainly indicated by its namesake, the 3DS came to the table sporting autostereoscopic 3D displays. This allowed the viewer to see images in 3D without the use of any sort of 3D glasses. The 3DS handhelds are backwards compatible with regular DS/DSi game cards, but not games from the Game Boy family of consoles (although many are available as digital downloads).

The Sony PSP was released around the time as the Nintendo DS. It seemed to appeal to an older generation of gamers and was equipped with more sophisticated features. It was the first and only device to use the Universal Mini Disc (a Sony proprietary form factor) as its storage medium, but it was also equipped with the hardware and ability to read media from Memory Stick Duo and Memory Stick Pro Duo media cards. Users could read videos, images, and even games from their removable media, making the PSP a favorite among software pirates. The PSP also featured a higher resolution screen and more processing power than its Nintendo rival. Although it would seem the two platforms were competing for the same customer, the two offered very different experiences. The PSP evolved slightly throughout its life, primarily in form factor, but only in late 2011 did Sony release the real successor to the venerable PSP. Its primary competition, of course, being the Nintendo 3DS. The hardware in the Vita had underwent major changes including major increases in processor power, the inclusion of a capacitive touchscreen, dual analog sticks, a gyroscope, an accelerometer, and more RAM. Also, the Vita switched from UMDs in favor of flash media cards, which are very similar to SD cards in form factor.

Sales of portable gaming consoles have been severely hurt since they hit their peak. This is primarily due to the prevalence of much more advanced smartphones and tablets. Smartphones and tablets are now equipped with extremely powerful mobile processors that can even compare in graphical fidelity rivaling home consoles. The utility of a tablet can far exceed that of a simple gaming console. In one case, you have the ability to conveniently browse the web, carry out business oriented tasks, interact on social networks, and obviously play games. In the other case, you have a gaming device with some media capabilities, but nowhere near that of the first example. Developer support is also a major portion of the reason smartphones and tablets have gained popularity as gaming devices. Developers have massive customer bases already established. Many more iPhones and Android phones are in the hands of consumers versus the Sony and Nintendo offerings. Given the choice of committing development resources to a huge user base of millions of people who carry their smart device everywhere they go versus writing software for only those who actively chose to purchase a portable gaming console, many developers and publishers choose the former. In addition to larger potential audiences, writing software for iOS and Android costs virtually nothing in terms of licensing the right to produce games on those platforms, whereas developers must pay royalties and fees to Nintendo or Sony to produce on their systems. What will the future hold for portable game consoles? Will they one day go extinct as the tablet continues to grow in popularity?