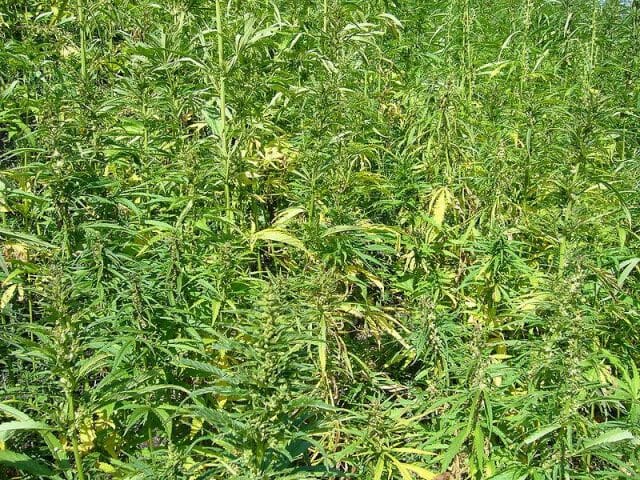 A tidal wave of change is hitting the cannabis industry in both the United States and Canada.

Similar dynamics are taking place in Canada. Medical marijuana consumption was first legalized in 2001, and in 2017 legislation paved the way for the legalization of recreational use throughout all of Canada — a development that’s expected to be implemented in the summer of this year.

With the emergence of legal weed in the US and Canada, we were curious, in which country is it more expensive? How does the price of marijuana vary across cities in the United States and Canada?

We analyzed data from Priceonomics customer Wikileaf, a company that tracks cannabis prices at dispensaries across the US and Canada and aggregated the data at the national level and find out the answers.

We discovered that cannabis is 30% less expensive in Canada than the United States. When you look at different cities, the price differential can be even more pronounced. Legal marijuana is 39% cheaper in Vancouver than San Francisco, for example.

We begin our analysis by looking at the average price of an eighth of an ounce of marijuana in the United States versus Canada at the beginning of April 2018. Throughout this piece, Canadian prices are converted to US dollars to make the price comparison consistent. 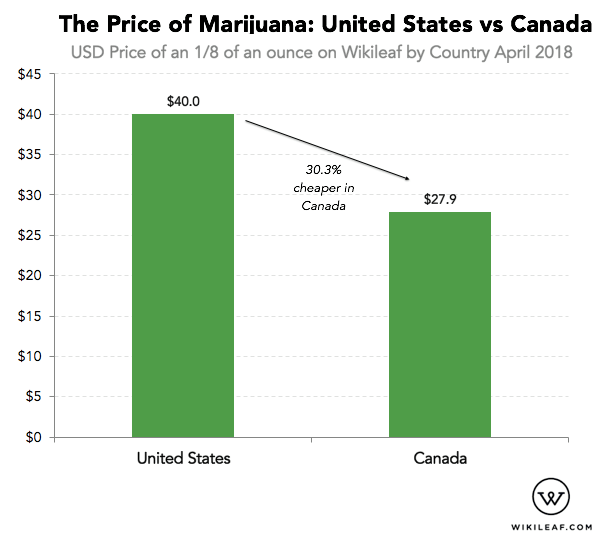 Across dispensaries tracked by Wikileaf in the United States, the price of an eighth of marijuana is $40.0, compared to $27.9 in Canada, where it is 30% cheaper.

Part of the reason cannabis is so much cheaper in Canada than the United States is there is a much longer history of legalization in Canada, and thus a larger supply of legal marijuana growers and sellers. While cannabis companies in the United States can’t even have bank accounts, in Canada there are publicly traded cannabis companies on the stock market. In anticipation of nationwide legalization this year, supply of marijuana continues to grow.

Next we look at the price difference between the two countries based on the size of the purchase? Is Canadian marijuana still less expensive if you buy a small amount (a gram) versus large amount (an ounce)? At every quantity purchased, it’s much cheaper to buy in Canada versus the United States. At the bottom of the chart, we calculate the percentage discount of Canadian weed versus American. Interestingly, the largest quantity you purchase, the smaller the price discount in Canada is. It turns out that in the United States, they give you a larger bulk discount on weed.

Since the beginning of 2018, the prices of weed in Canada and the United States have been very stable. Below we chart the weekly average price for an eighth of an ounce of cannabis on Wikileaf since the new year: 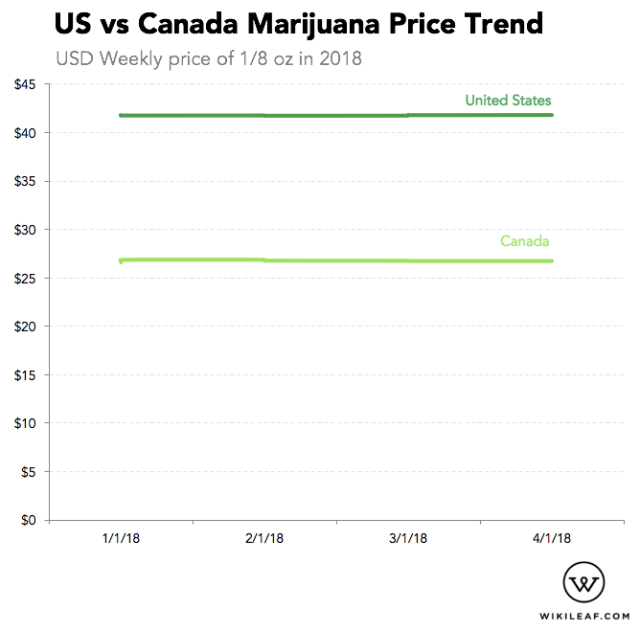 In the past year, the price of marijuana has been extremely stable in both the United States and Canada.

Lastly, we conclude by looking at the price of marijuana in the most popular cities among Wikileaf users in the United States and Canada. Is there a large variation in the price of weed in the Canadian cities Vancouver and Toronto? How about in US cities like San Francisco, Seattle, Denver, Portland, and Los Angeles? When compared to its US counterparts, the Canadian cities of Toronto and Vancouver offer a substantial discount. Someone from San Francisco visiting Vancouver can purchase weed at 39% discount compared to at home.

So, it turns out marijuana is about 30% cheaper in Canada than the United States. Those differences have persisted all year and are pervasive at all purchase sizes. By most accounts, the demand for marijuana in Canada is quite high, so that is unlikely to be the reason for the price discount versus the United States.

Instead, cannabis is cheaper in Canada because there has been a longer history of a legal supply of weed.  With marijuana, as with most things, when the supply is high, the prices are not.