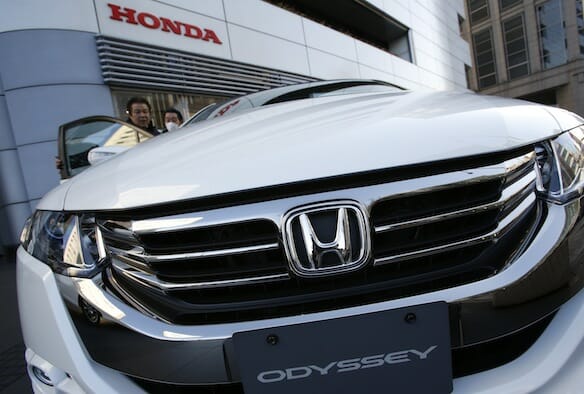 Honda Motors Throughout The Years

The Origin of Honda Motors

Unlike most motor companies today, Honda Motors did not start off as an automaker. Honda’s founder, Soichiro Honda always had an interest in automobiles. In his earlier years, he worked as a mechanic at the Art Shokai Garage. It was here where he tuned cars and entered them into races. In 1937 Honda founded Tōkai Seiki, a small business producing piston rings out of the Art Shokai garage. Honda’s new business venture later secured a contract to supply piston rings to Toyota, but lost the contract due to poor quality of their products. It seemed that Soichiro Honda had the passion, but needed to learn. Honda chose to attend engineering school, and visit factories around Japan to better understand the business. Although he did not graduate, in 1941 Honda started to mass produce piston rings for Toyota Motors.

Honda and the Motorcycle

Unfortunately, in 1944 a US bomber attack destroyed Tōkai Seiki’s plant, and in 1945 the Itawa plant collapsed in the Mikawa earthquake. Because of this, Soichiro Honda sold the remains of the company to Toyota after the war for approximately ¥450,000. Like all great business men, he did not take his money and run. In 1946 he used the money to develop the Honda Technical Research Institute. With a staff of 12 men, they built motorcycles, using a supply of 500 surplus motors from the war. But the supply would not last forever. When the supply ran out, Honda began building his own copy of the Tohatsu engine instead. These were now known as the Honda Model A, but this was just an engine. The first complete motorcycle made by Honda was the 1949 Model D. In 1950, Honda shocked the world by doubling the horsepower of the four-stroke engine. By 1951 demand was super high, but production was low due to its facility. In 1958 the Honda introduced the Super Cub featuring an automatic clutch, three-speed transmission, and an automatic starter. Still not able to keep up with the demand, Honda built a new plant with a 30,000 unit per month capacity. By the end of 1959 Honda had sales of more than $55 million, and became a huge, if not the biggest player in the motorcycle industry.

Honda Expands to the United States as an Automaker

After the huge success of the Super Cub in Japan, Honda considered expanding, and decided to focus attention on the U.S. market. In 1959 Honda established the American Honda Motor Company. Honda’s strategy was to target first time motorcycle buyers. Honda sold its first US Model for $250 retail compared to $1,500 for an American bike. Honda’s success in creating a demand for lightweight motorcycles was impressive. Its U.S. sales jumped from $500,000 in 1960 to an amazing $77 million in 1965, when nearly one out of every two motorcycles sold in the United States was a Honda. It was apparent that Honda has established itself as a great and powerful motorcycle manufacturer, but they would not stop there. In 1963 Honda produced their first automobile. It was the 1963 T360 mini pick-up truck which was powered by a 356 cc straight 4 motor. Although this was the first automobile, it was not a car. The first production car from Honda was the S500 sports car, which also launched in the later months of 1963. What odd design did the S500 obtain? It was actually chain driven much like a motorcycle. This unlikely design was purely due to the origins of Honda, and was thought to be the most practical design. In 1967 it also began to produce portable generators, power tillers, lawn mowers, pumps, and outboard motors. In 1967 and 1968 the company introduced two lightweight passenger cars which performed poorly in both the Japanese and U.S. markets. It was not until the 1973 Honda Civic that the company became a real threat in the automobile market. In 1976 Honda Civic sales passed the one million mark. With this success, Honda introduced an upscale, higher priced model named the Accord. Like the Civic, sales of the Accord were huge not only in Japan, but in the United States. As the Accord was successful as a high-quality, reliable, and affordable cars, Honda saw a market for a luxury, high end market.

Although the first Civic was launched in 1973 and because a huge success, The early 80’s showed a massive sign of progress with an astounding 40 Mpg. With such great fuel economy, and the ability to seat 4, It was a huge flagship model for Honda. Over the years Honda has continued to refine the Civic. By the early 80’s Honda had developed a reputation for fair priced, reliable cars. In 1981 Honda began manufacturing the Honda City, which stood for 28 years until production halted in 2009. The mid sized Accord made its US debut in 1982 and in 1989 was named America’s most popular car. In 1986, Honda introduced Acura which caught the attention of both US and Japanese Buyers. Honda was proving itself to be a real automobile manufacturer, and not just a motorcycle company trying to make cars. In 1994 Honda released the Odyssey as its first minivan. In 1996 the compact Honda CR-V was launched, which was based of of the Civic, which are both in production today. Towards the end of the 1990’s hybrids became a new fascination, and Honda was not left behind. In 1998 Honda launched the first hybrid type car eventually launching the Civic Hybrid in 2003. The Honda S2000 was launched to celebrate Honda’s 50th birthday, taking honda into the 21st century.

The Future Of Honda Motors

In 2000, Honda introduced the Insight as the first hybrid car in the United States with an amazing 70 mpg. In 2009 Honda produced the first hydrogen fuel cell hybrid called the FCX Clarity. Honda has claimed that by mid 2013 it may be mass-producing fuel-cell vehicles, but the future looks to be in compact vehicles. Honda has always been successful with smaller vehicles such as the Civic, CR-V, and the Accord. Honda recently unveiled the Urban that will be smaller than the CR-V and comparable to the Honda Fit. It seems pretty clear that small cars are the key to Honda’s successful future. Honda expects to sell 6 million vehicles worldwide by 2017, with 1.5 million of that from its compact lineup. The 2015 Fit will go on sale early that year as well as the new Urban SUV in the fall which will be priced below the CR-V. Honda also is putting heavy emphasis on continuously variable transmissions (CVT) for their mainstream models. Below are some future redesigns and model launches for the upcoming year.

Accord: A 2.4-liter inline four-cylinder with 181 hp and CVT are expected for 2014. The V6 Accord will have a choice of a six-speed manual or automatic.

Ridgeline: A complete overhaul for the 2014 year.

Civic: Major interior redesign due to a poor consumer review of the current new models along with a 1.8-liter inline-four with 148 hp for 2014.

Odyssey: Expect a 3.5-liter V6 probably to be incorporated for the 2014 model year. No redesign.

Crosstour: A six-speed automatic transmission will be introduced mid this year.

Insight: Scheduled for a 2015 redesign.