How Much Money Do Communications Majors Make? 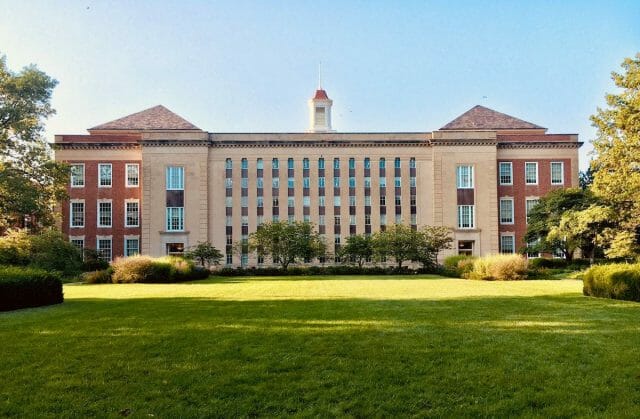 For those who are considering a career in communications, a key question to understand is how much money you’ll be making when you graduate. Furthermore, will that salary be sufficient to pay for the debt involved with getting your degree?

While predicting one’s future income is subject to uncertainty, especially in the current economic climate, there is luckily a lot of data out there. Along with Priceonomics customer MastersInCommunications.org, we analyzed and collected data by the US Department of Education about how much money communications majors earn.

Using data from the College Scorecard, a data resource about the earnings and debt of graduates of US colleges, we looked at which undergraduate communications programs produced the graduates with the best and worst financial prospects.

Before beginning the analysis of colleges where communications graduates earn the most and least, let’s look at the overall data. According to the most recent data from the US Department of Education College Scorecard, the median college graduate with a communications degree earns $31,400, approximately the same as the median US worker. 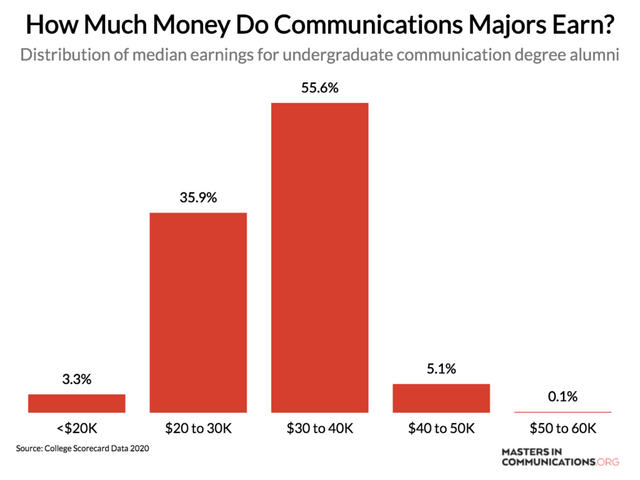 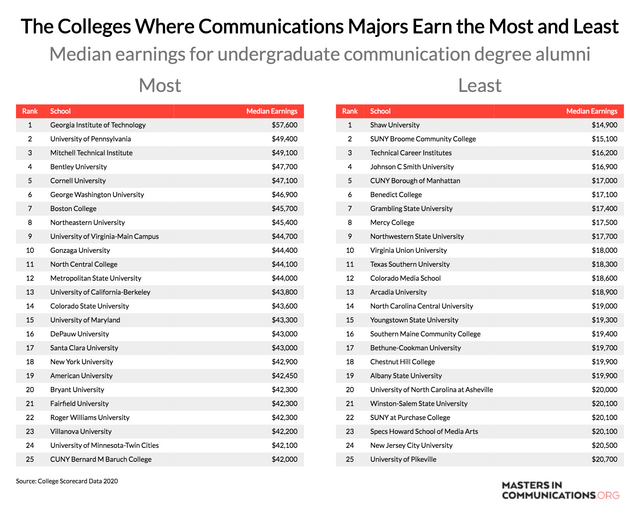 Communications majors from Georgia Institute of Technology earn the most in the country with a median salary of $57,600 per year. In second place is the University of Pennsylvania, an Ivy League school where graduates earn just under $50,000 per year. In third place is the Mitchell Technical Institute, a technical college in South Dakota.

When it comes to debt, which schools communication graduates emerge with the highest and lowest burdens? 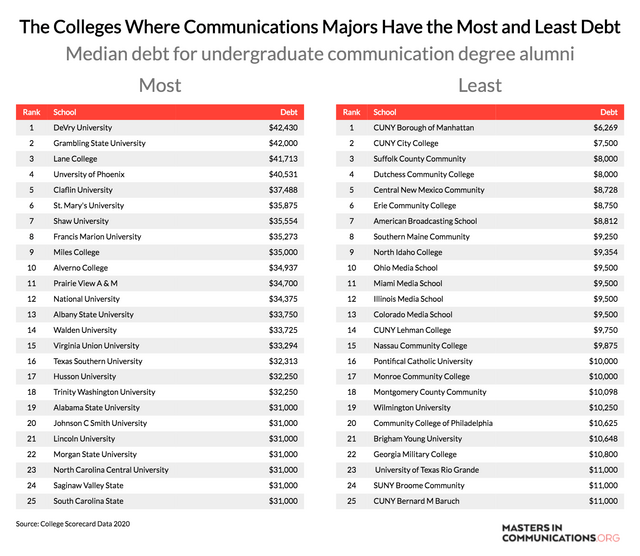 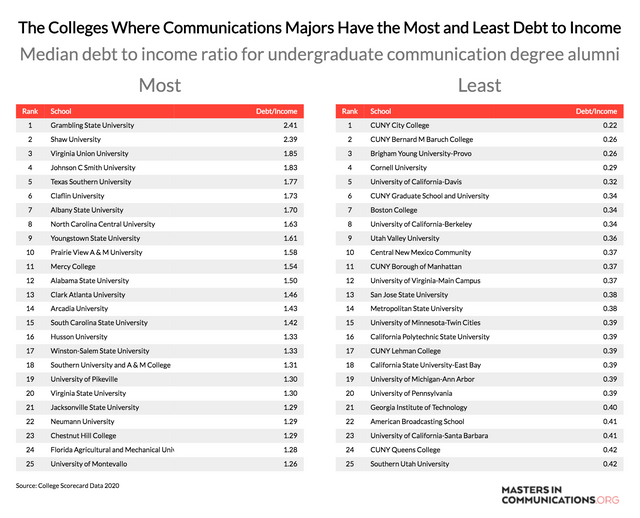 Some of the schools whose students graduate with debt also have the least favorable debt to income ratios. Grambling State University and Shaw University produce communications graduates with the highest debt to income ratios by a considerable margin. On the other hand, schools that produce graduates with low debt relative to their income are a mix of community colleges (CUNY), lower-priced private schools (Brigham Young), higher-priced private schools (Cornell), and state schools (University of California). For a communication major who looks to graduate with a strong income relative to debt, all types of schools may fit the bill.

In this analysis, we analyzed how much money communications majors earn after graduation and how that varies by school. The typical communications major earns about $31,400 though that number varies considerably by the school. At some schools like Georgia Tech and the University of Pennsylvania, graduates can earn substantially more than that amount. However, at many schools, communications will earn much less than average and come out with a mountain of debt. It’s important to carefully consider the meaning and debt data before choosing which school to attend.