How Much Money Do People Have? 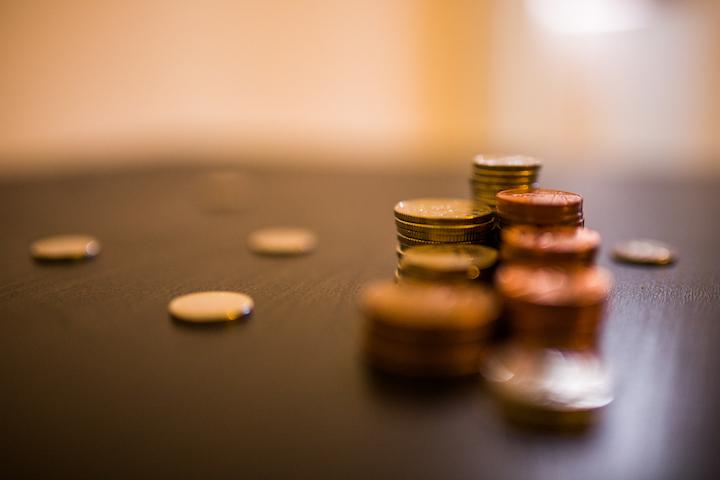 How much money is in your bank account? What kind of investments do you have? How does this compare to your debt and what’s your net worth?

It can be difficult to gauge your financial progress in life without benchmarks for comparison. Data can be useful to see how you’re doing. For young professionals in particular, about whom the following data is most relevant, it can add some context to broader national statistics about savings and debt.

We analyzed data from Priceonomics customer Earnest, a loan company, to see what's the "normal" amount of money to have saved. We analyzed cash, investment, and debt balances based on anonymized data from in tens of thousands of applications for student loan refinancing. The data set consists mostly of professionals with an advanced education.

In our analysis, we focused on three major categories of financial accounts: cash, including checking and savings and miscellaneous banking accounts; investments, including retirement accounts and/or regular accounts; and debt, including credit cards, personal loans, and student loan balances.

We then used this data to calculate net worth, or liabilities (debt) subtracted from assets (cash, investments, and other equity). A limitation of our data is that we did not include assets and liabilities related to home or company stock, both of which would contribute to net worth for an individual.

Earnest’s data is based on our applicant pool and does not represent the national picture but rather a subset of people with student loans. Through the following charts, you can view our findings about net worth by income level, higher education degree, age, and gender.

How Does Your Net Worth Compare?

Not surprisingly, net worth trends upward as income increases, reaching a peak in the $120-$150,000 income level. Applicants in the lower income levels struggle to save more than they owe, resulting in negative average net worth for those making less than $60,000.

The highest income bracket, earning more than $150,000 per year, takes a hit to their net worth by accruing significantly more debt than lower income groups. This is likely due to the fact that within our data pool, these high-earners tend to be those with heavy debt loads from medical or dentistry school.

Your Money, Your Education

Next, we looked at net worth by degree type. The result is a peek into the complex financial picture associated with pursuing certain degrees.

Now, let’s get a closer look at cash by degree.

Who’s saving best for retirement? Next, we looked at investment account balances by degree.

While doctors and dentists had the most cash, MBAs have the most socked away for retirement. One explanation may be that earning an MBA typically only typically only takes two years and degree-holders are not out of the workforce for long. They may also be working at larger companies with 401(k) match and their own familiarity with financial products could also help.

Next, we focused on age groups to get a better look into the role of age on financial balances. Note: In our data analysis, we didn’t slice by specific age, but created age deciles clustered by median age.

Overall, net worth trends upward with age, starting at -$7,849 for the youngest age group and peaking at $38,072 in the oldest age group in our sample. A slight dip occurs for the group with a median age of 35, with an uptick in debt and subsequent decline in cash.

While the overall trend shows cash on hand increasing with age, something is happening after the median age of 35 that causes cash to trend downward. The youngest applicants have about $6,000 in cash, while those around age 35 have an average of $13,347 in cash. By age 38, our applicants averaged $9,704 in cash account balances.

Are people putting more money into retirement accounts after age 35? We looked into investment account balances by age decile to find out.

There is a clear, and steep, increase in investment account balances as age increases, particularly after age 38.

This still doesn’t explain the net worth drop around age 35. Debt may play a role in that trend, so we honed in on debt by age decile.

Debt from the ages 25 through 34, stays fairly constant around at around $21,000-$24,000. The average debt balance for those with a median age 35 jumps up to $32,125. One explanation is that this is when many people make the leap to buy their first home. While our data study did not include mortgage debt, there may be some overflow costs with personal debt. As a side note, another of our recent studies found that people outgrow IKEA around age 34 when many become homeowners.

While income, age group, and higher education degree clearly play a role in the financial outcome, is there a difference with cash, investment and debt balances by gender? We split our data out into male and female groups to find out.

On average, young professional men and women both have positive net worth. However, there is a large gap in net worth between men and women. Men have more than double the net worth of women, averaging $12,188 compared to the female average of $5,541.

Overall, men and women have similar cash balances: $9,512 for women and $9,565 for men. Women hold more money in their savings accounts than men, who keep more in their checking accounts. Are women more conservative with their cash?

Women have slightly less debt, on average than men: $23,511 versus $24,095. While their student and personal loans are similar, men hold higher debt in their credit card balances than women.

While men and women have similar average debt and cash balances, the big difference comes in the form of investment balances.

On average, women have investment account balances totaling $19,541 compared to the male average of $26,717. They have significantly lower balances in their investment and retirement accounts. This is particularly troublesome: over time, the investment gap will grow exponentially.

This investment gap could be explained by a few factors: lower starting salaries, a persistent wage gap, behavioral bias toward risk-taking, and so on. Whatever the reasons underpinning this gap, our data provides more evidence that overall economic picture for women starts to lag behind men starting in their 20s. While today, the gap is $7,177. Fast forward 30 years and that same gap, invested in a fund earning 5% annually and no further contributions), that gap will more than quadruple to $32,161.

We set out to paint a picture of net worth for a variety of groups. We found that net worth generally increases with age and income, though debt does as well. Doctors and dentists had the most cash on hand – and debt – of all higher education degrees, while applicants with MBAs had the strongest investment accounts and net worth. On average, men have higher net worth than women, primarily due to larger investment account balances.