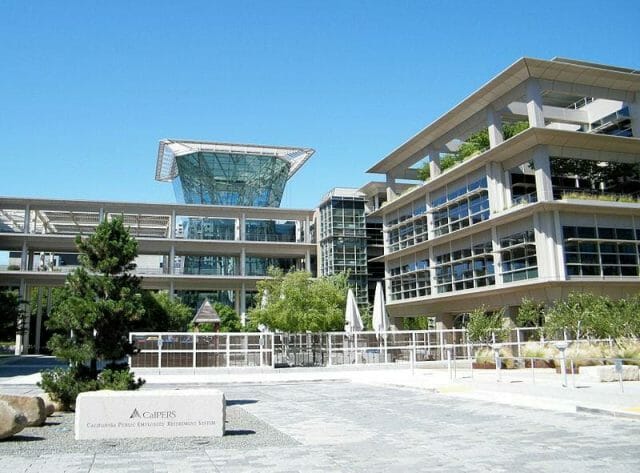 Below, we look at the published Private Equity returns of one of the largest LPs, CalPERS, the California Public Employees’ Retirement System. CalPERS is a government agency which manages the largest pension fund in the United States for more than 1.6 million public sector employees in California. The data set provides a rare peak into the previously undisclosed financial returns of private equity firms.

Focusing on Private Equity CalPERS has invested in a total of 235 funds across 92 firms.

While the private equity asset class typically includes early stage venture capital, CalPERS invests mostly in later stage buyout funds.  CalPERS may hold other venture capital investments through funds of funds, i.e. some of the 235 funds may themselves be investors in venture capital funds, however this is not disclosed. In this analysis, only one of the firms in the portfolio is specifically known to be a venture capital fund – Khosla Ventures (and the fund data available for Khosla may not include all their funds).

In the table below, we show the top twenty performing private equity funds ranked by IRR: 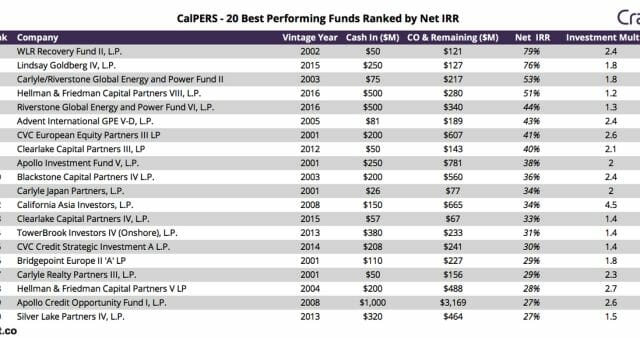 Next, we consolidated the 235 funds into their respective firms. We took the percentage of Cash In of each fund versus the Total Cash In across all funds within a firm, and computed a weighted average of Net IRR, or Internal Rate of Return. The following table contains the 20 best performing CalPERs Private Equity firms by Average Net IRR: 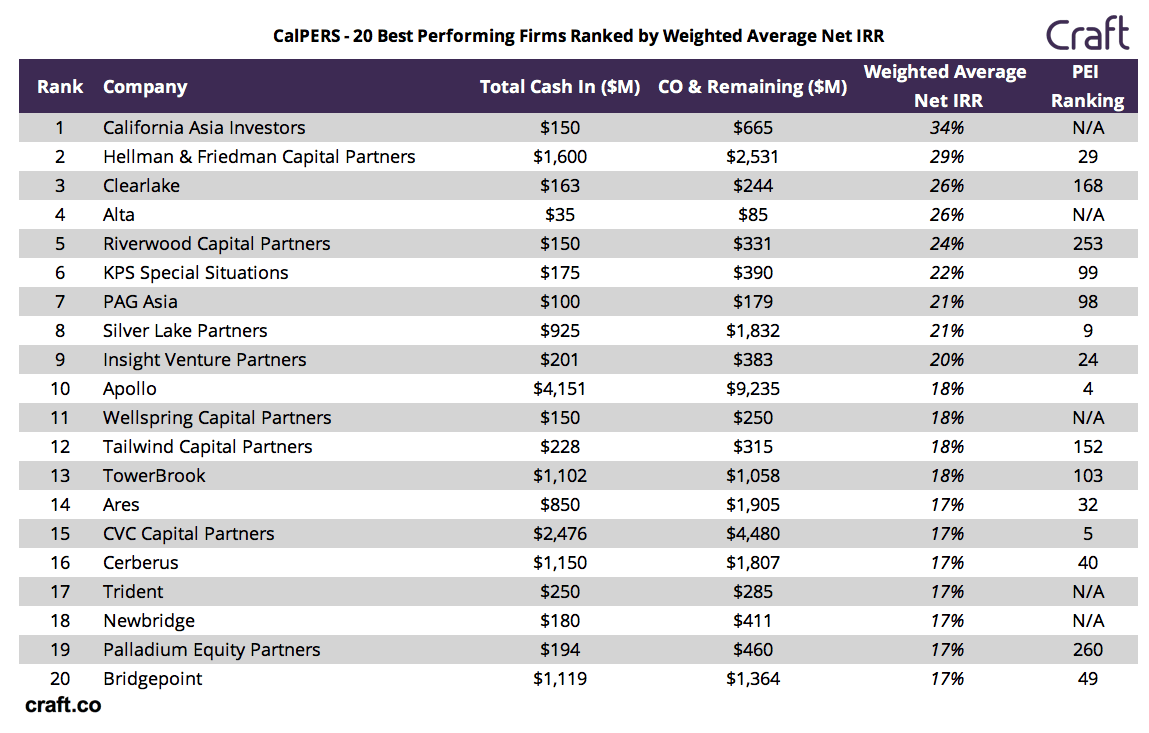 Out of the 235 funds invested (those invested during 2017 are omitted), only 21 have a negative Net IRR: 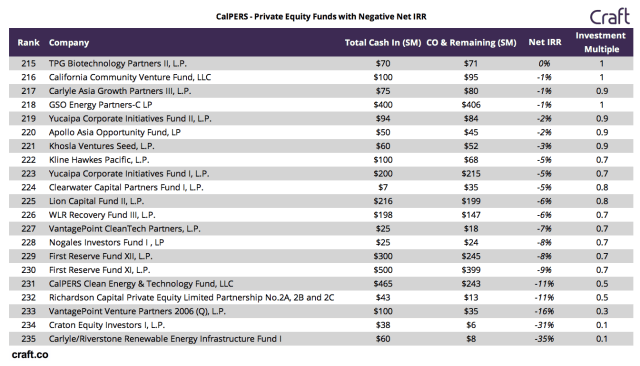 The funds with TPG, Apollo, and Carlyle are ranked 10, 4, and 1 respectively as the best Private Equity firms.

In summary, the Total Cash In is a massive $55.5 billion and the Total Cash Out is $62.4 billion. This means that the total realized amount is $6.9 billion, 12% of total Cash In, with a median vintage year of 2007. With CalPERS’s $326 billion in AUM, Private Equity accounts for 17% of the entire portfolio.