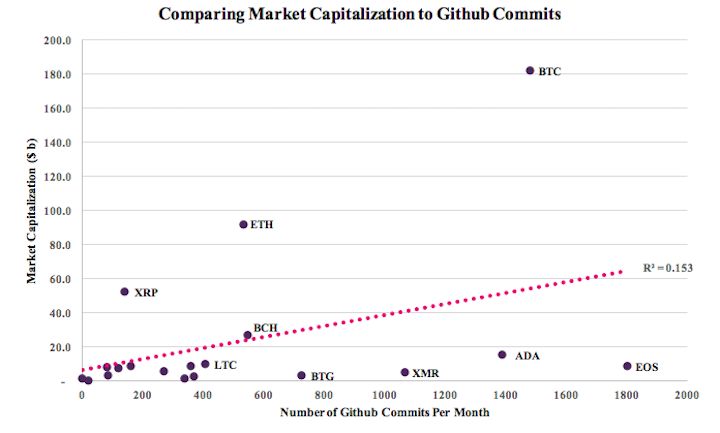 In the past month alone, the total market capitalization of cryptocurrencies has ballooned from $422 billion up to $830 billion and back down to $428 billion.  If you invested in some of these coins a year ago, you likely made an astronomical return (so far). If you invested recently, there's a good chance you lost a lot of money.

We decided to look at the returns of large market capital cryptocurrencies since their Initial Coin Offering (ICO) and compare them to how often the communities behind the currencies were updating their code on Github. Are these large market cap coins stagnating away, or are the teams behind them frequently improving their products?

In 2017, there were a total of 894 ICOs that cumulatively raised just over $6 billion, as reported by ICO data. For twenty of the top cryptocurrencies by market capitalization that had an ICO, we first took a look at the growth rate in price since the ICO and the resulting annualized rate of return.

Keep in mind, these are the just the coins that have done well and therefore have a large market capitalization. If a team created a shoddy cryptocurrency with dubious value, it wouldn't less likely to make this list.

Another interesting metric to consider is Github commits of these projects (commits are like a record of all the changes/updates that have been made to a project). How many of these cryptocurrencies have a community behind them that are making improvements?

The chart below shows that, of the top cryptocurrencies by market capitalization, some - like EOS, Cardano, Monero, and Bitcoin - have had a lot more commits than others - like Populous or Bitconnect. 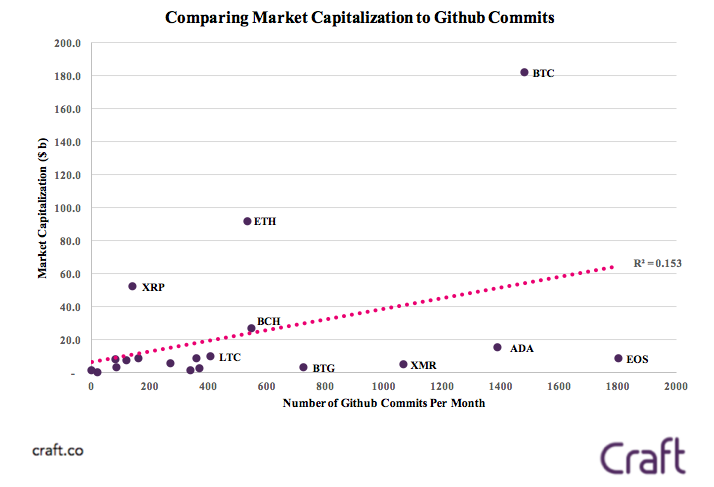 When we compare the total number of Github commits for the past 6 months to the market capitalization for each of these coins, we see there is only a very slight positive correlation between the two metrics (correlation coefficient of 0.153). Again, if this chart include smaller coins, we may have a different picture which would include negative returns or teams not committing any code. 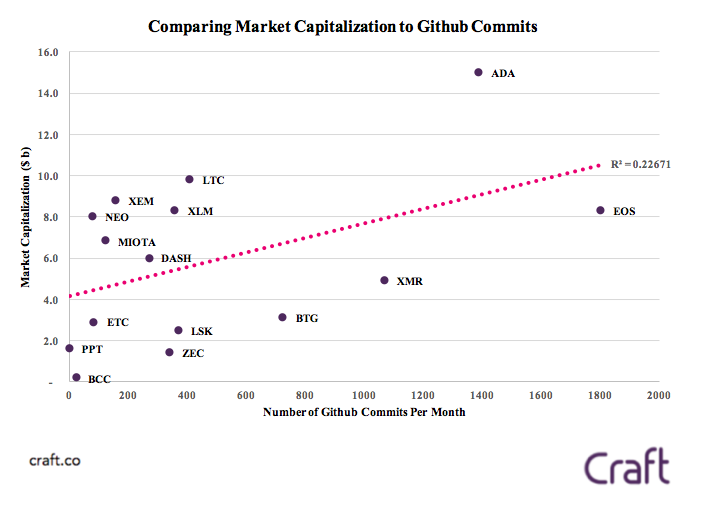 It's possible that tracking Github commits may be a relevant signal of which coin communities are continuously improving their products. The next step would be to extend this analysis to include all coins ever offered, which would help  include coins with negative returns and poor performances. It's likely that these currencies may be updated less often.