How Old Are the $1B+ Tech Unicorn Companies? 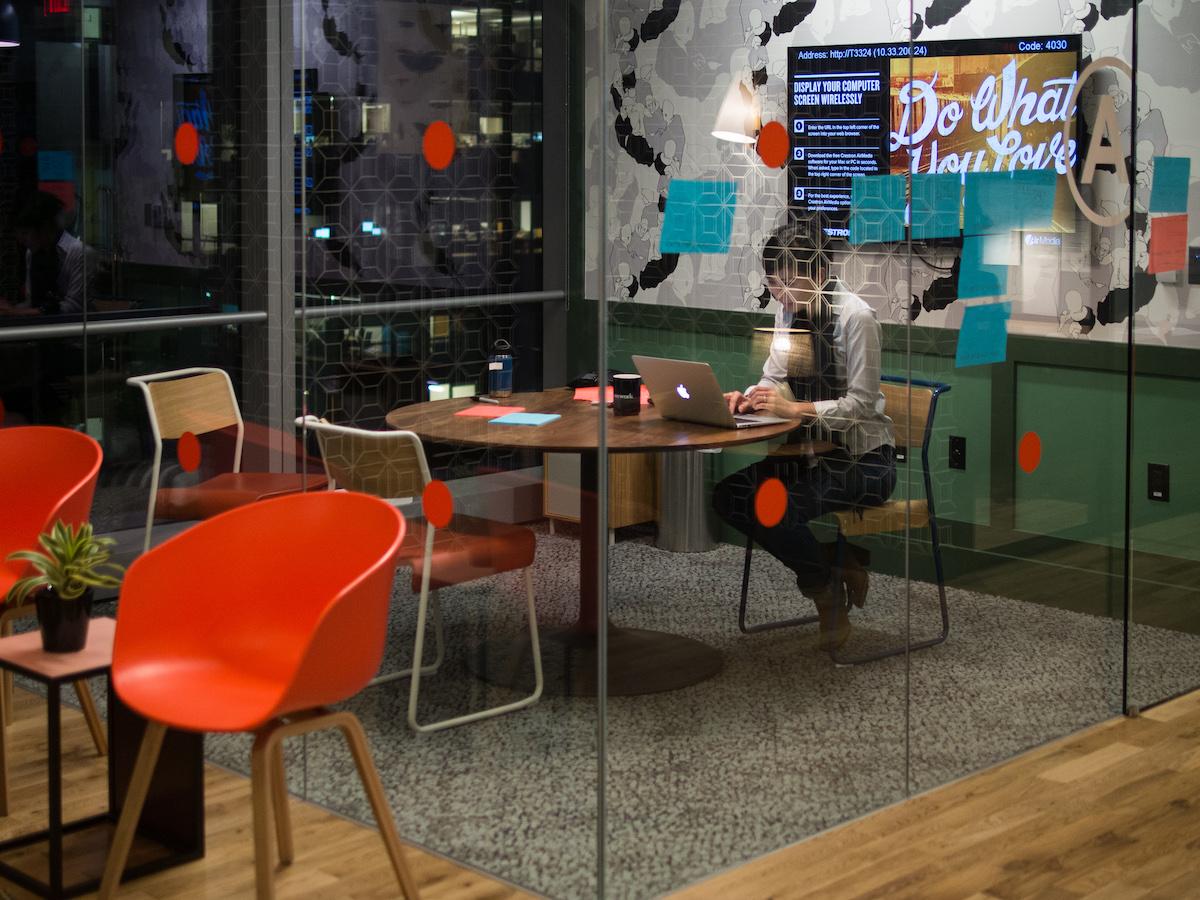 Amid public market turmoil in 2018, private companies saw a year of record growth - according to Business Insider, an estimated 47 companies crossed the threshold into “unicorn” status in the United States. This term refers to a privately-held company valued at more than $1 billion, typically in the world of tech startups, that have raised venture capital funding.

In this report, we rank at the age and size of all unicorn companies in the Craft database, looking at their profiles and private market valuations.

We found that the average age of a unicorn was just over 9.5 years, with a median age of 8 years. The difference here means there is a skew in the distribution towards younger companies. 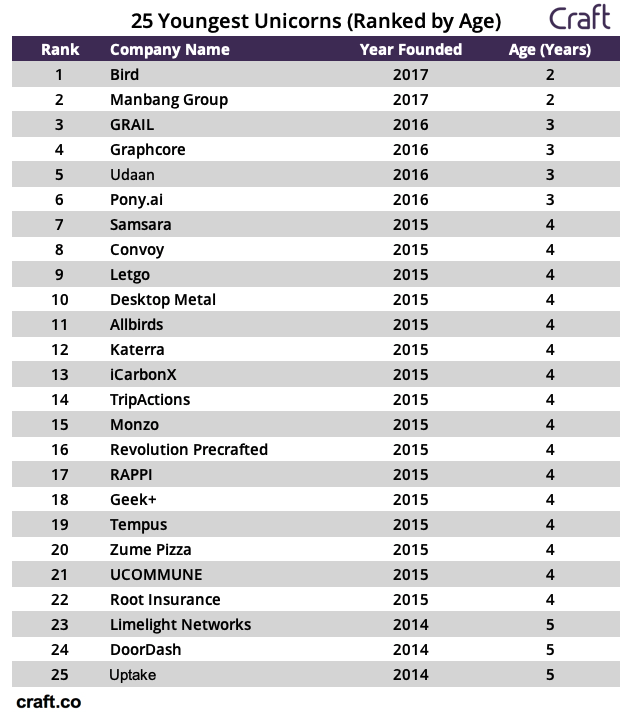 Scooter company, Bird, and Chinese freight logistics company, Manbang Group, top the list with unicorn status just two years after their inception in 2017. Another company in the freight and shipping industry, Convoy, also appears high on the ranking, founded two years prior in 2015. A recent addition to the Unicorn list, popular San Francisco-based footwear company, Allbirds, also appears on the ranking at an age of four years since their inception.

Next, we rank which unicorns have been around the longest (ranked by years since the founding year). 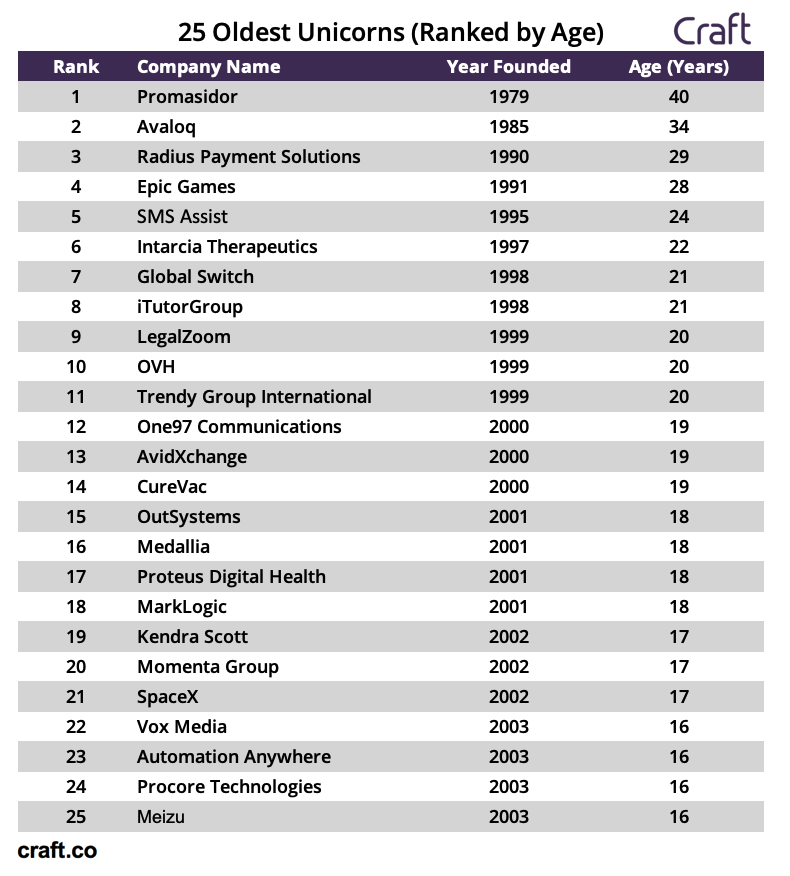 The oldest company in this ranking is Promasidor, a Food & Beverages company based in Johannesburg with an estimated valuation of $1.6B, and the second oldest company is Avaloq, a Swiss Financial Services company with an estimated valuation of $1B. Epic Games, creator of the popular game, Fortnite, also appears on this ranking, along with Elon Musk’s SpaceX.

Finally, we look at the size (by estimated employee headcount) of unicorns to see which companies were able to make it to this coveted status with the smallest team size.

Interestingly, 22 out of the 25 smallest companies are younger than the average age across all unicorns of 9.5 years since they were founded. This could indicate that younger, smaller companies are reaching unicorn status quicker with less human capital resources.