How to Prepare for Jeopardy 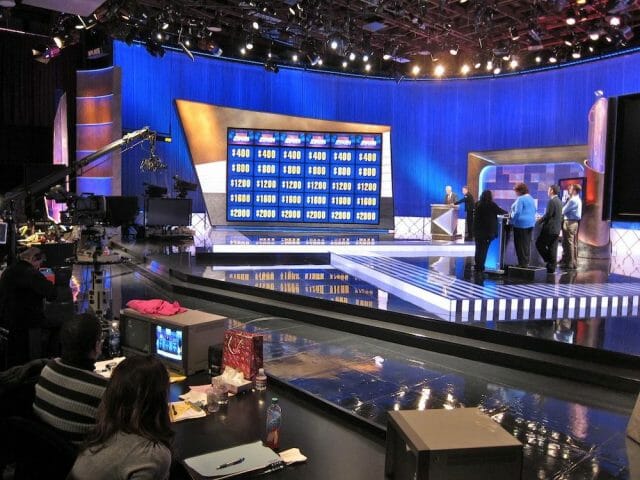 “Jeopardy!” is currently running its annual round of auditions, so aspiring contestants have probably been furiously cramming this past week. But how do you prepare for and win on the game show? Contrary to conventional wisdom, you don’t have to be a super-genius (though it probably helps).

In 2010 Roger Craig broke the single-day cash winnings record on Jeopardy. Then he won another quarter million dollars at the show’s Tournament of Champions. He did all this by systematically studying what is the best way to win at Jeopardy.

Craig’s background in computer science led to see if he could “hack” winning at Jeopardy. A group of Jeopardy enthusiasts had compiled and categorized over 200,000 questions from the show on the J Archive. He found clear patterns on how frequently certain types of questions appeared on the show. “You need to know your twentieth-century presidents and your Founding Fathers,” Craig told Esquire. “You don’t need to know much about Millard Fillmore or Chester Arthur.”

The questions aren’t written for the contestants, but rather for viewers at home to think they stand a chance. Which means, to succeed on Jeopardy, you need to know 80% of everything, instead of 100% of a few things. “The name of the game is breadth, not depth,” Craig says.

After analyzing the data, Craig began an intense study process during which he constantly tracked his performance on old Jeopardy questions: 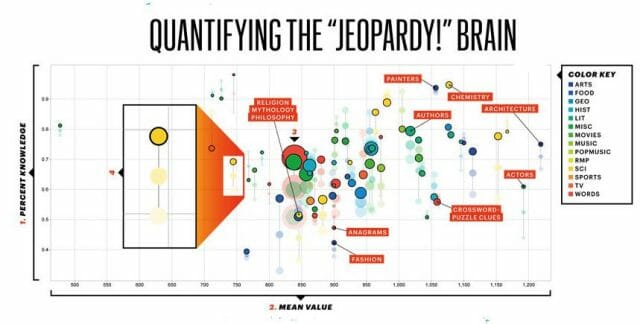 Question types were organized by colored; the bigger the circle, the more frequently that question type appeared on the show. The vertical axis represents Craig’s accuracy (if he couldn’t answer within 3 seconds, he marked it as incorrect). The horizontal axis represents the average dollar value of the question. As his proficiency in a specific area increased, the corresponding circle moved up.

For Craig, beating the game was as simple as figuring out what he was bad at, then filling those holes. A relentless search and destroy. So we apologize if you enjoyed the hocus-pocus aura of Jeopardy. But now you know how to prepare.