How to Survive a Plane Crash

From the files of “statistics you probably care about but aren’t really very likely to impact your life.” Where should you sit on a plan to maximize your chances of surviving an (unlikely) crash?

Pteromerhanophobia sounds like a Jurassic Era dinosaur. It is, in fact, the clinical term for “fear of flying,” which can be crippling. NFL commentator John Madden famously avoided flying out to games, choosing to drive or take the train instead. But if you have no choice but to fly, how do you reduce the risk?

Choose a seat in the back of the plane. A Popular Mechanics study found that survival rates climbed from 49% in the front of the plane to 69% in the rear. 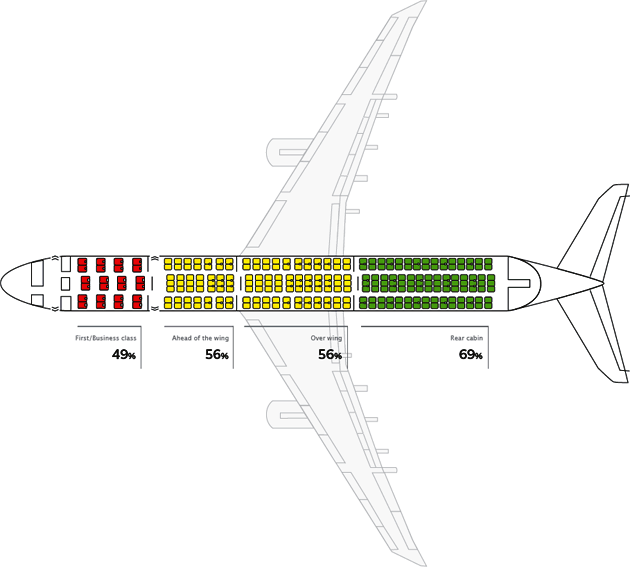 If you already booked a business class seat, no need to worry. The chances of actually dying in a plane crash (1 in 11 million) are less than dying from a nuclear accident or from falling down:

Flying is even safer on the world’s 39 safest airlines, where the odds of death are 1 in 19.8 million. In comparison, the chances of dying while driving are 1 in 15,000.

So sit back, relax, and tell your inner control freak to take a nap.