How We Used to Die 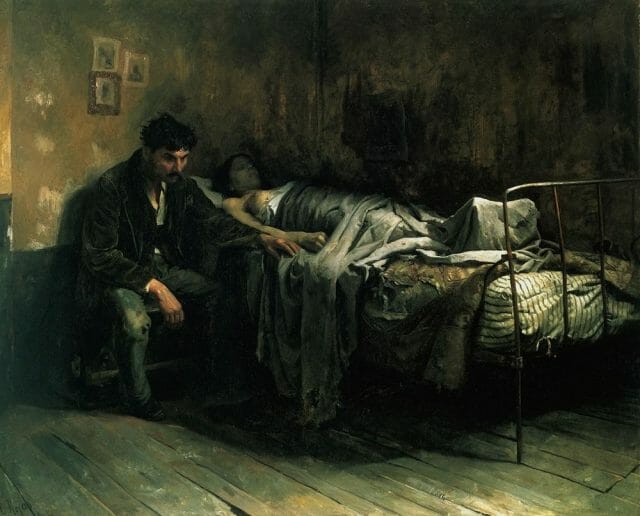 They say that nothing is certain but death and taxes, but how we die is far from certain. What kills us these days? By a wide margin, cancer and heart disease. This is very different from how we used to die in the United States. 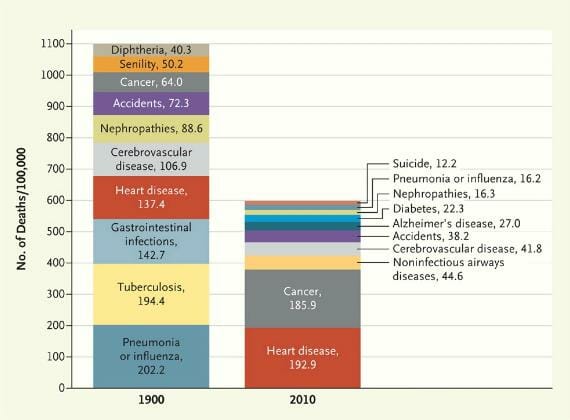 In a study by the New England Journal of Medicine, researchers compared causes of death from the past hundred years. They found that, in 1900, while heart disease and cancer were still major killers, they were less lethal than a host of other ailments. Pneumonia/influenza, tuberculosis, and gastrointestinal infections each claimed more lives per 100,000 people than did heart disease. On average, more people died by accident than by cancer.

By 2010, the dangers of pneumonia, influenza, tuberculosis, and gastrointestinal infection had been significantly mitigated through modern medicine. The accidental death rate was almost halved, from 72.3 out of 100,000 people in 1900 to just 38.2.

The two main causes of death are now heart disease (192.9) and cancer (185.9). Which may be a testament to advances in medicine, or it may be a sign of the changing times. Another crop of ailments (diabetes, Alzheimer’s, respiratory disease) replaces the killers of yesterday (pneumonia, influenza, tuberculosis).

This is a far cry from old Jane Austen novels where key characters were constantly of consumption (tuberculosis).