If Someone Tells You They’re a Narcissist, Believe Them 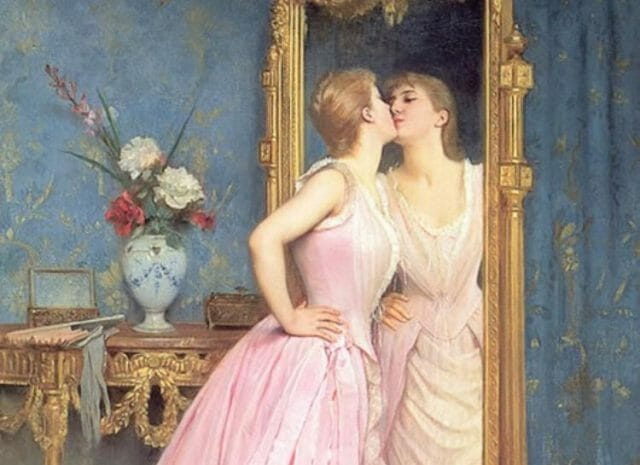 Have you ever met someone who described themselves as a narcissist? When meeting someone like this, you might be tempted to brush this admission off as empty small talk. It turns out that this is likely a mistake, and possibly a very big one. As scientists have recently discovered, self-reporting narcissism is a remarkably good indicator of actually being a narcissistic — “egotistical, self-focused, and vain.”

Not All Sunshine and Daffodils

In Greek mythology, Narcissus is an unusually beautiful and haughty young man, loved by many but loving of none. The heartbreaker finally gets a taste of his own medicine when he falls in love for the first time, with his own reflection. He ends up going crazy because his reflection can’t love him back, dies of grief, and the gods — because many of them seem to like him — honor his death by turning him into a flower. 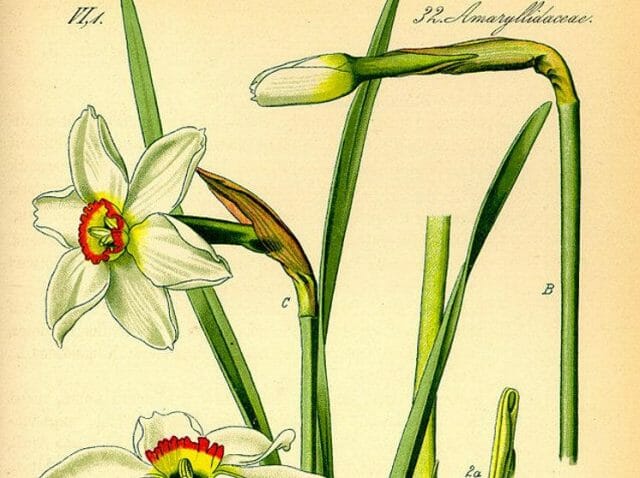 One thing the myth captures, and the modern definition maintains, is that narcissism can be a serious problem, both for narcissists and the people close to them. Their self-obsession often comes at expense of a healthy lifestyle, and the ability to love or empathize with others.

Full-blown Narcissistic Personality Disorder, which has been in the Diagnostic and Statistical Manual of Mental Disorders (DSM) since 1980s, has a pretty ugly list of symptoms. They include: feelings of entitlement, a thirst for attention, and an inability to forge meaningful relationships, as they have little genuine interest in others’ experiences. People with this disorder are estimated to make up 1-3% of the American population, and are so narcissistic that their social or occupational functioning is significantly impaired.

Subclinical narcissism — i.e. narcissism that isn’t so extreme as to qualify as a disorder — is much more prevalent, and still very problematic. From a paper in PLoS ONE:

After receiving negative evaluations [subclinically narcissistic people] are likely to see problems with the evaluation technique or the evaluator rather than reflect on how to improve. Narcissistic people also have difficulty maintaining healthy interpersonal relationships, perhaps because of their relatively low empathy, and low commitment to relationship partners. Narcissists believe they are entitled to the admiration and respect of others, and, when they do not get it, they become angry and aggressive.

Subclinical narcissism is even included, alongside subclinical psychopathy and Machiavellianism, in the “Dark Triad” of non-pathological yet “socially undesirable” personality traits that are prominent in society. Narcissists also tend to be unusually charming, happy, and confident people. Their talent for self-promotion gets them far in first dates and job interviews.

Like the mythological Narcissus, people tend to fall for them, sometimes to disastrous ends.

When you look at it that way, narcissism seems like a pretty good trait to be able to identify — to treat, to study, or to possibly avoid, depending on who you are.

The gold standard of narcissism assessments is the Narcissistic Personality Inventory (NPI-40), a 40-item survey that forces you to choose which statement within a pair best matches you. The options are not necessarily exclusive, but the test forces you to choose one. E.g. “If I ruled the world it would be a better place.” vs. “The thought of ruling the world frightens the hell out of me.” or “Sometimes people believe what I say.” vs. “I can make anyone believe anything I say.”

The NPI-40 was developed in 1988 (from a longer inventory developed in 1979, and has been found to correlate very well to real-life behavior associated with narcissism. But it also takes kind of a long time to answer 40 of those questions — if it takes someone an average of 20 seconds to answer each question, the assessment takes over 13 minutes. That’s especially a problem when experimental subjects are answering other questions, or performing other tasks, as part of the experiment. If the experiment is online, they’re more likely to just give up. This is why researchers have been working on shorter versions of the NPI. Recently, they developed a single item narcissism scale, called the Single Item Narcissism Scale (SINS).

Scores on the single item scale correlate remarkably well to scores on the NPI-40, and many other narcissism assessments, but are derived from the answer to a single question:

“To what extent do you agree with this statement: I am a narcissist. (Note: The word ‘narcissist’ means egotistical, self-focused, and vain.).”

People taking the assessment give a numerical response ranging from 1 = “not very true of me” to 7 = “very true of me.” Whatever number a subject gives as their response is their SINS score. Higher scores correlate to more extreme narcissism. And that’s it.

The Single Item Narcissism Scale’s correlation to other narcissism assessments, as they were administered in conjunction with the SINS, across eleven studies; **p<0.01, *** p<0.001

The single item test’s creators published the results of eleven studies they conducted to evaluate the scale. It might seem simplistic, but it turns out that the test is highly correlated with the NPI and many other longer and more established narcissism assessments (see above table for r and p values).

The researchers also surveyed and conducted behavioral experiments on personality features and mindsets linked to narcissism. “Not only is the SINS positively related to the NPI,” they wrote, “but it replicates the NPI’s relationships with social desirability, individualism, collectivism, positive affect, and anger.” They also found that the SINS and the NPI-40 were “equally correlated” to a set of key concepts surrounding narcissism, including: individualism and collectivism, independent and interdependent self-construal, salary entitlement, and empathic concern and perspective-taking.

SINS may have even proven a better-predictor of narcissistic behavior than NPI-40, in certain cases. One study involved an online survey, in which respondents were asked complete a question that looked like a security captcha, but was designed to present either ego-threatening words (“failure”, “give up”, “lose”) or ego-boosting words (“win”, “success”, “gain”). After the survey, they were asked to “grade” a fictional student who they were told designed the survey.

“Overall, both narcissism scales were associated with lower ratings of the student,” the researchers wrote, “but the SINS was more sensitive to [the ego threat] than the NPI.” 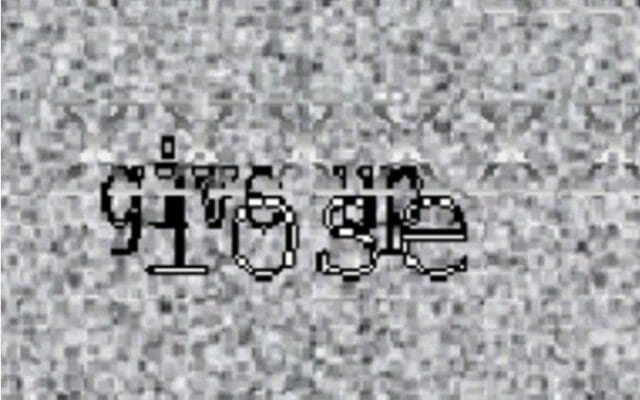 An ego-threat, masquerading as a captcha.

The scale of course has its drawbacks. It isn’t anywhere near as fine-grained or detailed as the longer assessments (the NPI-40 has several sub-scales), and the researchers still recommend using more-involved assessments in laboratory settings, where subject attention is less of an issue. SINS is also notably uncorrelated with self esteem, which is traditionally linked to narcissism (the NPI-40 is positively correlated with self-esteem).

But in a certain light it’s still impressive that single item test works as well as it does. It seems too easy. After all, people with paranoid delusions seldom realize they have paranoid delusions. Alcoholics are usually in deep denial about their alcoholism. In this respect, the researchers who developed SINS say narcissists turn out to be relatively honest and self-aware.

Narcissists tend to know that they’re egotistical, self-focused, and vain. But they also tend not to believe these are generally bad things, at least, not in themselves. This, its creators say, is why the SINS works. “People who are narcissists are almost proud of the fact,” explained psychologist Brad Bushman, one of SINS’s authors. “You can ask them directly because they don’t see narcissism as a negative quality – they believe they are superior to other people and are fine with saying that publicly.”