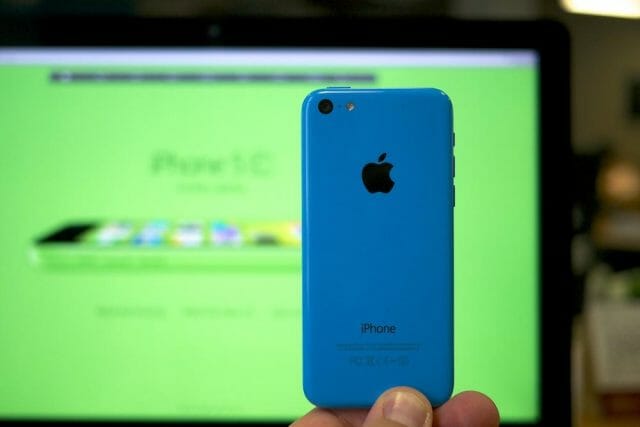 While people expected the iPhone 5c to be an “entry level” phone that allowed Apple to tap into a more price sensitive market, that wasn’t Apple’s intention. An iPhone 5c without a contract (32gb hard drive) costs $649 compared to $749 for a 5s. It’s a little less expensive but certainly not a “smoking hot deal”.

Apple’s gambit with the high end pricing for the iPhone 5c has been largely viewed as a disappointment — at least by Apple’s high standards. Apple doesn’t split out iPhone revenue by sub-product, so it’s a bit of a guessing game whether sales for the the 5c were sluggish. The press certainly thinks so because Apple CEO Tim Cook confirmed in an earnings announcement that the “mix” of sales was more towards the 5s than they had expected and that 5c demand was “different than [they] thought”.

So, rather than parsing cryptic phrases from Apple executives, is there is there any hard data that the shows iPhone 5c was a flop by Apple standards?

As part of Priceonomics Data Services, we track the used prices of phones and tablets for companies interested in that sort of stuff. So, we have this sort of data!

An iPhone 5c (32gb) sells in online auctions for an median price of $381, including shipping. A similarly-sized iPhone 5s sells for $535. So how much of their original value do each of the phones keep? 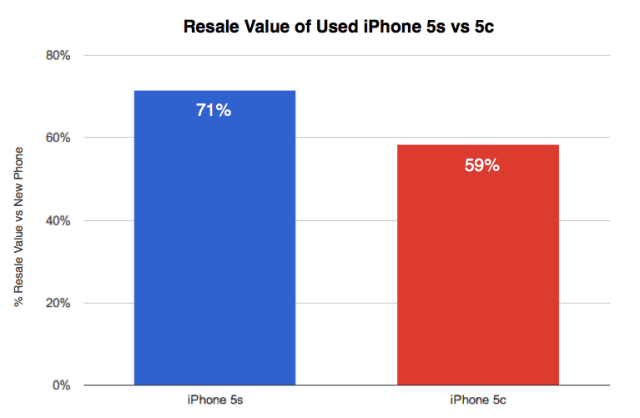 So, a data point that the iPhone 5c was a flop, at least by Apple standards. And how do these iPhone resale values compare to Android? Stay tuned for a future post.