Mistranslated Chinese signs are a beloved Internet meme. But how many Americans know enough Chinese to even mistranslate an English sign into Chinese?

The answer, of course, is very few. And that is why, if its “peaceful rise” turns into something less benevolent, China may have the last laugh. 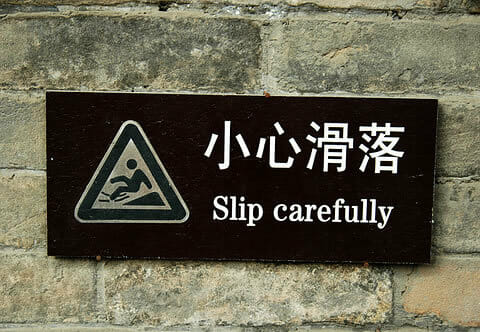 In the past month, Apple, Twitter, The New York Times, and The Washington Post have all announced that Chinese hackers breached their security. The chorus of public revelations only reinforces the evidence of systematic pilfering by Chinese hackers of American and Western companies’ secrets. Describing “Operation Shady Rat,” a series of attacks in 2011 believed to originate in China, McAfee’s Vice President of Threat Research had the following to say:

“I am convinced that every company in every conceivable industry with significant size and valuable intellectual property and trade secrets has been compromised (or will be shortly) with the great majority of the victims rarely discovering the intrusion or its impact.”

On February 19, a security company called Mandiant published a report detailing evidence pointing to the existence of a “corps of cyberwarriors” inside the People’s Liberation Army. The corps, nicknamed the Shanghai Group or the Comment Crew, not only seeks to steal industry trade secrets, but to gain access to critical American infrastructure like electricity grids. As reported by The New York Times, “one target was a company with remote access to more than 60 percent of oil and gas pipelines in North America.”

As America builds up alliances with Japan, Taiwan, and India to “contain” China – following the logic of the Cold War – China seems to be seeking the ability to fight back through crippling cyber attacks.

As the home to Silicon Valley and vast resources, America can mount significant cyber warfare attacks – a fact demonstrated by the success of the covert American-Israeli program, Olympic Games, which caused Iranian centrifuges to malfunction and delayed Iran’s enrichment of nuclear material.

But as described in Foreign Policy, the Chinese have a significant advantage in simple “phishing” attacks due to their superior foreign language skills:

The problem is, Chinese hackers are getting dangerously good at tricking users into clicking on what are known as “phishing emails” — messages with links or attachments that seem innocuous, but actually dump spyware on recipients’ computers. One of the secrets? Language skills. Over the course of my five years in China, hackers targeting foreign correspondents became more advanced, upgrading from early phishing attempts using haphazard “Chinglish” to more convincing and polished English.

The success of phishing attacks, which can steal confidential information and potentially disrupt critical infrastructure, is decided almost entirely by mastery of language skills and subtle cultural cues. Everyone knows to avoid a link surrounded by gibberish, but Chinese hackers can present links that appear to be from someone in your field that follows a description of research relevant to your work. Technical know-how has little to do with it. 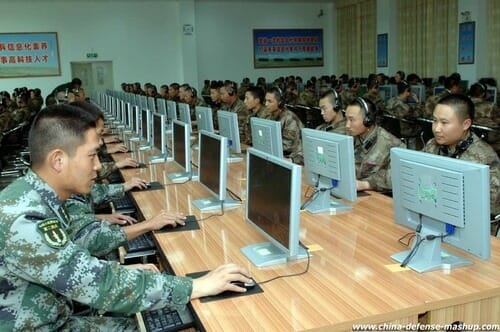 The Department of Defense is seeking to increase the size of its cybersecurity force “more than fivefold [to 5,000 people] to bolster the nation’s ability to defend critical computer systems and conduct offensive computer operations against foreign adversaries.” President Obama is also signing executive orders to increase cooperation from private companies on cyber security. But it’s unclear how much can be done to prevent phishing, a decentralized tactic that relies more on the constant vigilance of millions of individuals as they rush through their email.

Even if the American government wanted to, it seems unlikely that it could match China’s phishing prowess. Since English is a global language, taught worldwide starting at an early age and cemented through television programs, college coursework, and its use in the workplace, the Chinese have a distinct advantage. Moreover, there are 12 times more Chinese students studying abroad in the United States than Americans in China.

The United States has a more powerful military than China, and has proven its ability to mount sophisticated cyber attacks. But phishing, thanks to China’s advantages in language skills and cultural awareness, could be a type of cyber asymmetric warfare, the equivalent of the Taliban’s guerilla tactics in Afghanistan nullifying the advantages of America’s overwhelming superiority in firepower. Experts are still hashing out what cyber war might look like, but for now, those Chinese-English memes don’t seem quite as funny anymore.