Is Minimalism Just for Rich People? 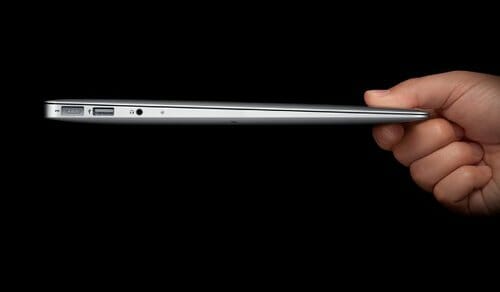 In a much cited piece in The New York Times this week, entrepreneur Graham Hill lays out the case for not having much stuff. After selling his first company, he bought a home and filled it with beautiful possessions. But the large house and nice things became a burden. He expended too much mental energy on the acquisition and maintenance of his possessions.

Only when Hill traveled to Europe to “see about a girl” did he realize the freedom he felt when separated from his massive house and many gadgets. Everything he needed was in a small backpack. He could travel anywhere, start companies with just his laptop, and embark on any adventure that presented itself. He was free. Eventually, he made this sort of lifestyle more permanent and now lives in a 420 square foot apartment.

We found Graham Hill’s story thought-provoking. People go to work every day in order to make money. The primary use for money is to buy things. If things are worthless, what’s the point of all this rigamarole?

Charlie Lloyd provides an interesting rebuttal to Hill’s thesis. He argues that only the wealthy can afford to live an asset-light life because they have options. Being rich is not measured by how much stuff you can buy, it’s measured by how many options you have, including the option to not have much stuff.

Lloyd also hypothesizes that if you watch people on the streets, it’s the wealthy people that are able to walk around carrying less things:

If I were rich, I would carry a MacBook Air, an iPad mini as a reader, and my wallet. My wallet would serve as everything else that’s in my backpack now. Go out on the street and look, and I bet you’ll see that the richer people are carrying less.

It’s an interesting point. Is it easier to be minimalist if you are rich?

Well, it’s probably easier to be anything when you’re rich. It’s harder to be a minimalist when you are poor because everything is harder to do when you’re poor in America. It quite likely that people in America could stand to have less stuff, regardless of their income.

What do you think? Is having fewer things a luxury?