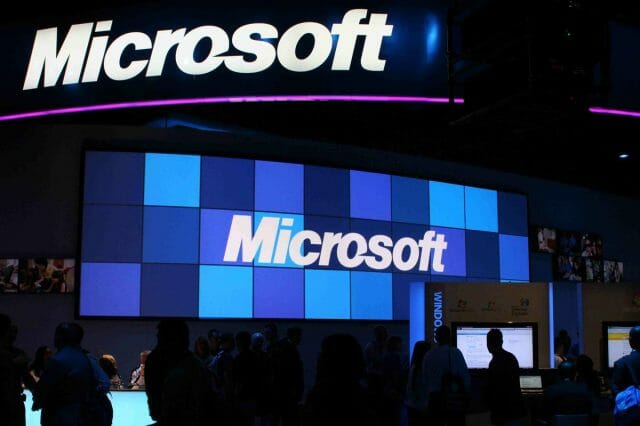 Mike Rowe was an unassuming 17 year old kid from Canada. In August 2003, he decided he’d take a stab at setting up his own website. Mike was a wise-guy and thought it would be amusing to add “soft” to the end of his name to create a phonetic play on words: “MikeRoweSoft.” For a few months, he built up a modest site which contained nothing more than a small portfolio of his graphic design work. Then, Microsoft found out about it.

What ensued was a David versus Goliath situation that pitted the teenager against Microsoft and catapulted him into the media limelight.

A Brief Background on Cybersquatting

To fully understand why the software behemoth would give even the remotest damn about a site that generated less than 30 views per month, it’s important to note the “cyberscape” at the time. In the early 2000s, cybersquatting was in full force. Essentially, cybersquatting is the act of purchasing common deviations of popular websites (ie. “Twtter,” “Wikapedia”) with the intention of getting high ransom prices from the targeted sites. According to Net Names, a site that tracks cybersquatters, these practices “cost trademark holders over $1 million per brand, per year” in lost revenue.

In the late 90’s, cybersquatting laws were sparsely defined, and the internet was rife with budding domain entrepreneurs; at Priceonomics, we’ve previously written about people who made millions by opportunistically snatching up domains. By the early 2000’s, prominent cases had brought cybersquatting into the public eye. Pop star Madonna sued New York web developer Don Parisi after he purchased madonna.com, and used it as a front to curate his favorite porn clips. Rock band Jethro Tull successfully won the rights to jethrotull.com and jethro-tull.com, both owned by a Florida euntreprenuer. These cases were followed by a slew of equally successful suits filed by the likes of Nike, Reuters, Christian Dior, and the Deutsche Bank.

Typically, if a company or public figure finds a website that they believe is “squatting” on their brand, it contacts WIPO (The World Intellectual Property Organization), one of several bodies approved by ICANN (Internet Corporation for Assigned Names and Numbers) to settle domain disputes out of court. In 2000, several years prior to Mike Rowe’s ordeal, there had only been 817 cases filed, 81% of which resulted in the cybersquatter losing.

All for an X-Box

On January 14, 2004, only months after creating MikeRoweSoft.com, Mike Rowe received a letter from Microsoft’s Canadian legal team, Smart and Biggar. The letter claimed that Rowe’s domain name, a phonetic variation of “Microsoft,” qualified as trademark infringement, and ordered that Rowe forfeit his website immediately. Instead, the brazen 12th grader responded and asked to be duly compensated; Microsoft obliged and counter-offered — to the tune of $10, Rowe’s original domain registration fee. Insulted, Rowe responded again, this time requesting $10,000. Rowe admits he was “sort of mad at them for only offering 10 bucks,” and merely wanted to be treated fairly by the software colossus. He didn’t bargain for what happened next.

A few weeks later, Rowe received a 25-page cease and desist order in which Microsoft accused him of extortion and cybersquatting. The $10 offer was rescinded, and Rowe had the option to either give up his modest website, or take on a $220 billion company’s legal department. The unphased teen did neither, instead opting to go to the press.

Overnight, the case was international news. Within 12 hours, Rowe’s site had generated 250,000 views and was so overwhelmed by traffic that it had to be transferred to a different service provider, which offered to house the site for free. Rowe was even sent $6,000 in donations for court expenses by anonymous supporters, and was offered free legal counsel. Almost instantaneously, he’d become an internet hero.

In the aftermath of the media outpour, Microsoft began reeling back on their initial copyright attack. In a public statement, they admitted to taking their trademark “maybe a little too seriously,” and extended a settlement offer to Rowe. In exchange for Rowe’s domain name, Microsoft set up Rowe’s new website, paid for a Microsoft certification course, and escorted him to the Microsoft Research TechFest in Washington.

Oh, and they gave him an X-Box…with some games.

Following this debacle, Rowe launched a new site, MikeRoweForums.com. During its 15 minutes, the site boasted 700+ members and thousands of unique viewers; now it is a questionable Japanese blog which covers pressing topics like “Twink college students and middle-aged women” and “What kind of advantage in the opposite sex with minors” (thanks, Google Translate).

Rowe also put his original cease and desist order up for auction on EBay, where it eventually sold for $1,037, after fallacious bids swelled the price up to $200,000. The auctions touted it as “a piece of internet history.”

According to his LinkedIn page, after graduating from Camusun College in Victoria, B.C. with a degree in business administration, Rowe went on to found Magic Pixel Labs, which creates iOS and Android apps. He also has since co-founded ForkJoy, a mobile app that provides restaurant menus, crowdsourced reviews, and photos of individual menus. In his CEO bio on the site, Rowe boasts of “taking on corporate giants” in his early days.

This ordeal isn’t unique. There have since been hundreds of domain disputes filed by Microsoft alone. In a 2010 cybersquatting study, Harvard’s Ben Edelman found that the software company was among the most “squatted” companies, with 705 registered domain variations of “Microsoft.” Tech companies are especially squatted, with Apple taking the cake (86% of possible domain deviations registered).

Via email, Edelman told us that the Mike Rowe case doesn’t tell us much about routine day-to-day cybersquatting. “Most readers thinking about cybersquatting,” he says, “would be better off looking at standard recurring disputes rather than Mike Rowe’s actions and Microsoft’s response.”

But this story still comes with a lesson: don’t make pun of Microsoft.