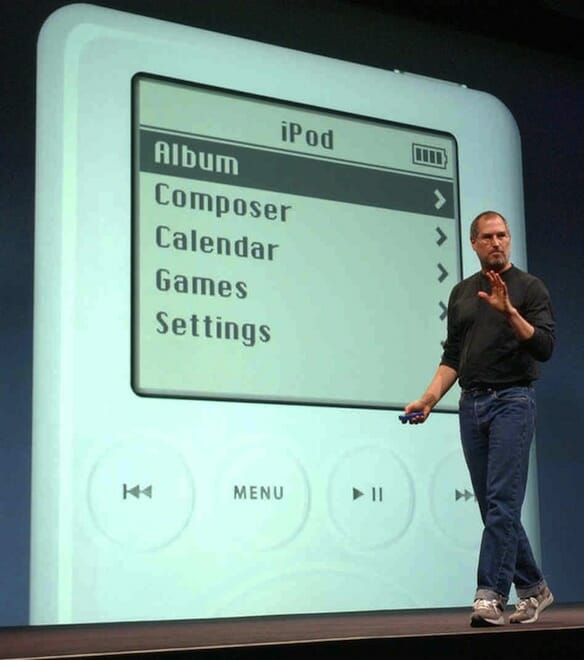 Though most audiophiles consider the MP3 file to be an inadequate storage medium for music, due to compromises deriving from the compression of the files, we will peruse the State of the Art of this medium and its players in today’s article. Priceonomics will help you make the choice for your personal preferences. The format of the MP3 was chiefly developed for convenience, a compression format that would expand the quantity of music files that could be stored in a given space by compressing the dimensions of the file, whether on a player, a flash drive, CD or attached to an email.

MP3 stands for MPEG-1 Audio Layer 3. The MPEG compression process reduces a file to 1/12th of its original size by omitting information that is out of the range of human hearing. Allegedly. Those who use WAV files as a higher-fidelity alternative to the MP3 generally do so because they can hear the difference. Fortunately, most MP3 players available today will not only play MP3 files, but also WAV files, and other formats, such as WMA, OGG, FLAC and AAC, with the exception of the loathsome Samsung Galaxy Muse.

The other reasons one might use the MP3 format are that it is readily available, and portable, and convenient to store, which equals cost to many. There is also an entire industry waiting at your fingertips with iproducts (the ipod was developed to store and play MP3s), android-powered phones with integral players, tablets of all persuasions that will play MP3s, mobile MP3 audio, and dedicated portable and home MP3 players.

The 2012 fourth-generation Apple ipod Touch merits reviews of being a phoneless iphone 5, or a pocket-sized ipad. It will not only store 32 gigabytes ($300) or 64 gigs ($400), but contains the same A5 processor as the ipad mini, a 5 megapixel camera, 1080 pixel video camera, and, well, does everything except phone. Its screen is expanded to 4 inches of IPS Retina Display, it runs on iOS 6, enabling it to process almost any app found for the iphone.

In this class of device, the hands-free internet-capable camera and recording console, et al, the Google Nexus 7 ($200), the Kindle Fire HD ($200), the Play Station Vita ($249) and Apple’s own ipad mini ($329) provide the greatest competition.

In the class of device known as gym-friendly, portability, lightness and smallness are critical, and the SanDisc Sansa Clip Zip, available in 4G ($39) and 8G ($69) will play most music file formats, receives FM radio, and acts as a voice recorder, despite sounding like a rite of bizarre passage. In addition to coming in 7 colors, it sports a phat volume rocker switch (unlike the noisome Muse), micro-USB port, headphone jack and a micro SDHC card port to provide an additional 32G of memory. It should be stressed that this is not an internet device.

That might compare in class to the Apple ipod Nano ($150), with its 16G of memory, smallness and sweetness (its design is that of a shrunken ipod Touch), it provides a music player of a size that an elderly person might confuse for a cornflake, before abandoning breakfast as stale. It has outclassed itself amid the Apple ipod Touch ($300), and the Apple ipod Shuffle ($50), to where it has no market.

The Apple ipod Shuffle ($50) includes a sturdy, built-in clip. In two dimensions, it is roughly the size of a postage stamp, with the thickness of a sugar packet. It also supports audiobooks and playlists, as well as a multi-lingual voiceover function for track sequencing. It begins to approach a class of gear in which one pays more for aggravation. Its 2G capacity doesn’t support much of a library, and its dimunitive dimensions could lose it in one’s drink, but it’s not as bad as the Samsung Galaxy Muse.

The Samsung Galaxy Muse appears to be designed to be smuggled into prison, where it would undoubtedly compound a simple sentence of penance into one of aggravated frustration. Being miniature, its screen is decipherable, its functions inaccessible, save the volume knob, which, every time one attempts to skip a track, elevates the volume to a level that causes the user to snatch out the earbuds. This device literally garnered a review from cnet that, in a review entitled, “when form smothers function,” states that it is, “quite possibly the most awkwardly designed MP3 player ever made.”