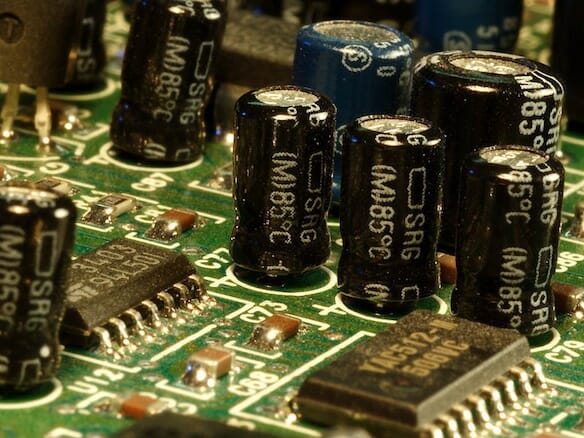 There are times when you need to pound in a single nail. Or two nails. Or even twenty nails. At those times, there’s nothing like a solid, trusted hammer. Then there are the projects where you have to drive scores, hundreds, or even thousands of nails. We’re talking projects like shingling a roof, laying down a lot of flooring, or putting up molding. For those jobs, you’ll want a power assist in the nailing department. That power assist can comes in the form of a nail gun that can drive the nail for you into whatever thing that needs to be, well, nailed down.

The first thing to consider in a nail gun purchasing decision is how many nails you want your gun to be able to hold at one time. “Stick” style nail guns hold their nails in a gun-like magazine, where the nails come in stuck-together “sticks” of typically twenty to fifty nails. To refill the nail gun, you load in a new magazine. Coil-style nails guns hold their nails in coils. These coils can hold upwards of hundreds of nails. Obviously, coil-style guns are heavier. They tend to be pricier than “stick” style nail guns as well. That said, when you’re doing a major roofing project, you’re not going to want to take frequent breaks to reload your nail gun. That’s when the coil gun can be a big help.

Nail guns tend to be manufactured with one of two possible power sources. One common power source is the air compressor. You’d hook the compressor up to an electricity source, and then run a hose line from that source to your gun. As long as the electrical supply is steady, your pneumatic gun is ready to go. All you need is compressor that meets the technical requirements of your gun. There’s no need ever to change compressors. You will, however, be tied down by those places where you can run a power cord. The other option is the cordless nail gun. Rather than be powered by a battery – it’s hard to find a battery to deliver the kind of energy needed to drive a nail! – your nail gun would have a replaceable gas canister that fires each time you pull the trigger to drive a nail. Think of how a spark plug fires the gas in an internal combustion engine, and you get the idea. Gas-powered nail guns are endlessly maneuverable into places that corded nail guns just can’t go.

Like everything else technological, nail guns have gotten specialized. There are nail guns designed for roofing, where you’re attaching shingles to a roof. There are nail guns specifically for flooring. Other nail guns are better suited for more fine usages, such as cabinetry and the construction of furniture. Finally, some nail guns can handle staples and brad, when the ultimate in precision is needed. Figure out the principal use for the gun you want, and select your nail gun accordingly. No matter what you decide to purchase, there are nail guns on the market flexible enough to handle nails of different sizes.

You’ll want to wear work gloves while trying out the nail gun for purchase, since you’ll likely be wearing them on the job too. Just like staplers and regular guns, nail guns can jam. Learn how to de-jam them, and make sure that cleaning the jam is an easy process. Finally, the smart purchaser will look for a gun that allows the user to adjust the depth to which the nail can be driven. This gives you additional flexibility on the job.