Foreign journalists have paid Kenyans pretending to be Somali pirates hundreds of dollars to interview them. The fictional stories of these fake pirates have been featured in documentaries and news publications as respected as Time. 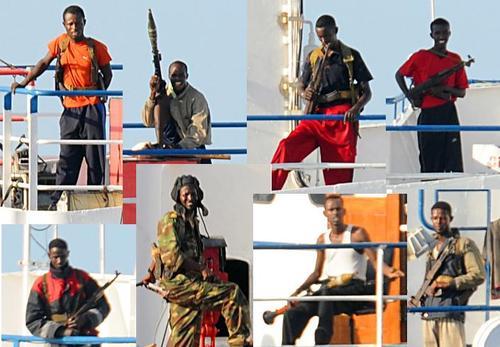 Behind nearly every story filed from Egypt, China, or Iraq, there is a fixer. Western journalists parachuting into Iraq – or even journalists living in a foreign country with some local expertise – hire fixers to help them navigate foreign environments and develop a story:

“Fixers have long worked with foreign correspondents, doing everything from booking hotel rooms to scheduling interviews with top officials. While the term is sometimes broadly applied to include drivers and travel guides, established fixers are generally local hires, many of whom are well-respected journalists in their own countries. They work on a shortterm basis providing expertise, translation, contacts, and research.”

Although unmentioned in newspapers and news reports, many do the brunt of the journalistic work – finding interesting stories, sourcing and interviewing the players involved, and performing background or investigative research. The complete reliance on fixers in Iraq, however, did lead outlets to begin including them in bylines, and the practice of crediting fixers does seem to be spreading.

Fixers’ wages vary by country, their journalistic abilities, and the supply and demand of the market. As foreign journalists arrived in Afghanistan in 2001 to cover the war, for example, the daily wage for an Afghan fixer rose from $30 to $300.

In many countries, fixers can make very good money relative to local wages. This author knows fixers in the Middle East that support themselves on a few fixing gigs a month. Even when Afghanistan’s fixers made $30 a day, that was above the monthly average income.

Journalists usually seek out fixers who are local journalist or have reputations as experienced fixers. But in countries without reliable fixers, the situation is rife for scams.

Enter Somali pirates. How do you score an interview? Journalists headed for Kenya due to reports of successful pirates moving there after successful heists to feel more secure about their piles of cash. The lack of trusted local sources on the issue provided an opportunity for enterprising Kenyans, who marketed themselves as fixers able to source interviews with former pirates:

“The scam is coordinated by a ‘fixer’ who offers journalists the opportunity to interview ‘real live pirates’—for a fee. Touting his local knowledge, he promises to reach parts of the community a Western journalist never could. There then follows an elaborate scheme to convince journalists of the plan’s legitimacy. The ‘fixer’ drives the Westerners around—sometimes for days—in search of the elusive pirates, telling them it is too dangerous yet to approach the men.

“The scheme culminates in sit-down interviews with the so-called pirates—interviews that have made it into the venerable pages of international newsmagazines and broadcast in documentaries.”

“The biggest surprise came when our main pirate Hassan, who until then had only spoken Somali language and for whom we had hired a full-time translator, suddenly spoke fluent English and told us that even in his case, our film was not his first role as a pirate and that his lifelong dream was to be an actor…”

Meta enough? Here’s another layer. After a reporter broke this story on the UK’s Channel 4 News based on the crew’s sources, they noticed that one of the fixers in the story was not really a fixer. He was a translator. The breaking report on gullible journalists falling for fake pirates happily quoted a man only pretending to be one of the guilty fixers.