Spend time in any major city and you’re sure to encounter a folding bike – a bicycle that is designed to be contorted into a portable, suitcase-like shape when you are not riding it. A folding bicycle is uniquely suited to the challenges of urban cycling; space is at a premium in a large city and this bicycle does not take up a lot of space. 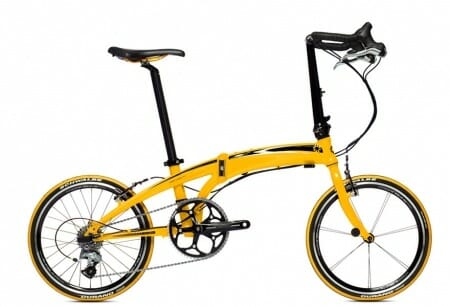 More often than not, when you encounter a folding bike, it’s a Dahon. Los Angeles based Dahon is the largest manufacturer of folding bicycles in the world. As of 2006, the company has over ⅔ market share of the folding bikes market!

Before you dig into our price guide for Dahon bikes, we thought we’d outline what are the pros and cons of using a folding bike. Why do some people recommend them and others steer clear of them?

Pros – the benefits of a folding bike 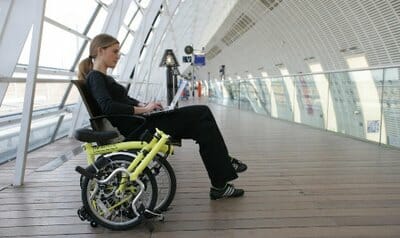 At least in San Francisco, the portability of a folding bike is an enormous benefit for bike commuters. During rush hour bikes are forbidden on the BART train line from the East Bay into San Francisco (for most of the way, at least). The one exception to this rule is folding bikes are allowed on the train at anytime. The other major train into the city (Caltrain) often times sees its bike cars filled up. Bikers who board the train when the bike cars are full are turned away; unless of course they have a folding bicycle. 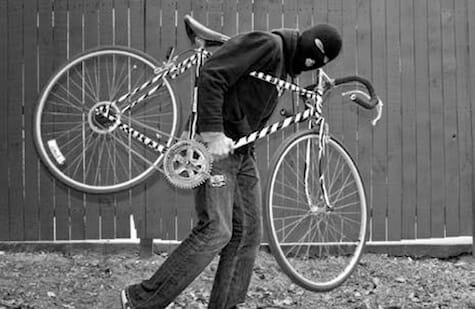 Bicycle theft is incredibly prevalent problem in American cities. Fail to lock up your bike and assuredly it will be gone. Use a flimsy cable lock instead of a more sturdy u-lock and your bike will inevitably get stolen. Is bike theft actually a profitable criminal activity? What happens to stolen bikes? Who knows!

A folding bike can help prevent theft because you don’t have to leave your ride unattended. Going out to dinner in a dodgy neighborhood? Bring your bike inside with you instead of leaving it outside unattended.

The Ease of Buying Online

Most major bike manufacturers like Trek, Specialized, Cannondale, and Fuji don’t allow their new bikes to be sold online. Instead, they rely on a network of bike dealers to sell their product in physical retail locations. For those of you that prefer to shop online, you’ll be excited to learn you can buy many of the major brands (including Dahon), from online retailers such as Amazon. One click and a bike at your door!

Cons – the drawbacks of a folding bike 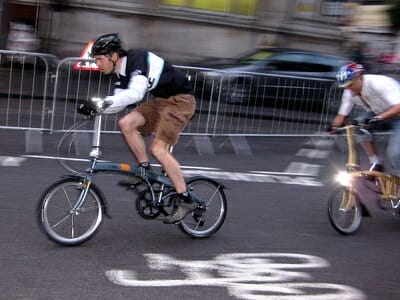 Most folding bikes have a rather small wheelset since they are optimized for portability. Consulting the Physics Forum, the smaller circumference of the wheel, the less distance you move the bicycle each time you pedal. A small wheel is like being in an low gear, you have to peddle fast just to keep up! The smaller wheel also has smaller spokes which are less adept at handling the shocks of the road. Like anything in life, the folding bike has its tradeoffs!

For a bicycle that’s billed for its portability, folding bikes are surprisingly heavy! Most of them are over 30 pounds which would be comparable to a hybrid bike and be much heavier than a road bike. The flip side is the heavier the bike, the more effective it is at navigating rough urban terrain.

The jury is out on whether portable bike are comfortable or not. If you truly want a comfortable ride though, a hybrid or cruiser is probably a more appropriate bicycle for you.

Conclusion – do you need a folding bike? 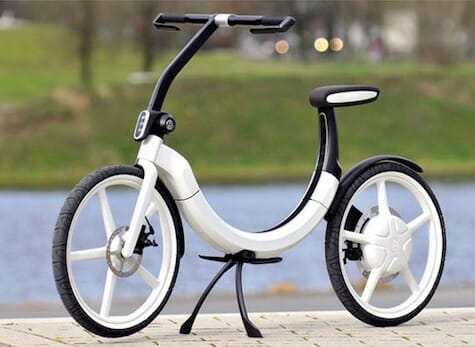 The folding bike is the right bike for a lot of people. For example, if this author lived in Berkeley and had to ride the train in to San Francisco each day, he would certainly have a folding bike to get to and from the train station. However, if your current lifestyle doesn’t require commuting with your bike on public transportation and you’re fine u-locking your bike up outside, you probably don’t need a folding bike. But even though you probably don’t need it, you could still get one if you want.