Race, Gender & Income: Who Works in the Jobs with the Most Contamination Exposure? 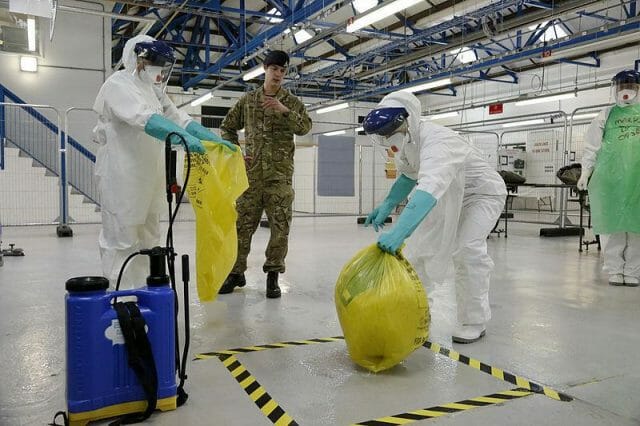 Which occupations expose workers to the most contaminants? How often are American workers exposed to these contaminants, who are these workers, and how much are they paid? We decided to attempt to answer these questions by exploring the data.

We analyzed this data along with Priceonomics customer, Ode, a company that creates environmentally-conscious cleaning products. Using resources from the Occupational Information Network and the Bureau of Labor Statistics, we were able to investigate the relationship between different job categories, demographics, and levels of contamination.

Of the occupations with the highest level of contaminant exposure—more than once a week—farmworkers make the least, and dental hygienists make the most. Men are disproportionately exposed to high levels of contamination, as are people identifying as Hispanic. Salaries for jobs with very frequent contaminant exposure run the gamut, with the most highly paid workers making more than three times as much as the lowest-paid. 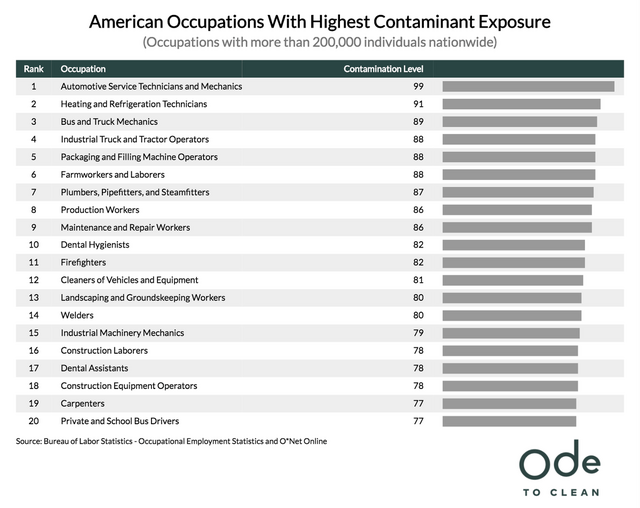 Let’s look up close at the data– in particular, let’s look at the “Very Frequent” contamination bucket, in which workers are exposed to contaminants at least once a week. The chart below lists the ten best-paying occupations at the highest contamination level: 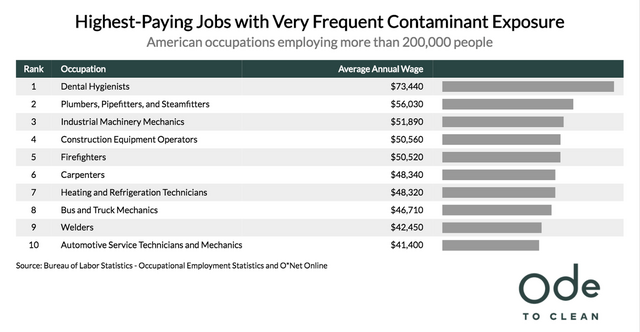 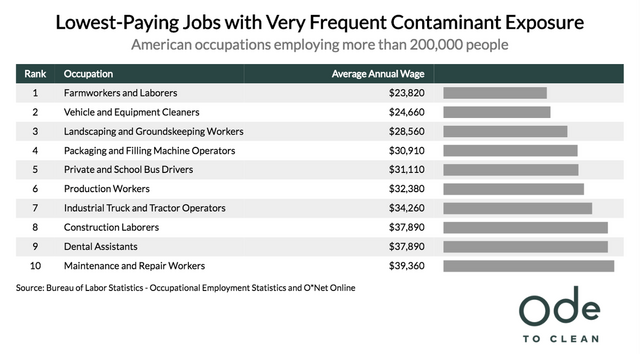 The lowest-paid group of workers in the entire “Very Frequent” contaminant exposure category are Farmworkers and Laborers. These workers are very poorly paid indeed: Maintenance and Repair Workers, the tenth-lowest-paid workers in our dataset, make over 50% more than farmworkers!

We can dig into these result deeper by exploring the demographics of different occupations and levels of contamination. The chart below breaks down the occupations with very frequent contaminant exposure by demographic. It’s important to note that the categories are not totally exclusive: the “Hispanic” category can include individuals who identify as either white or black. 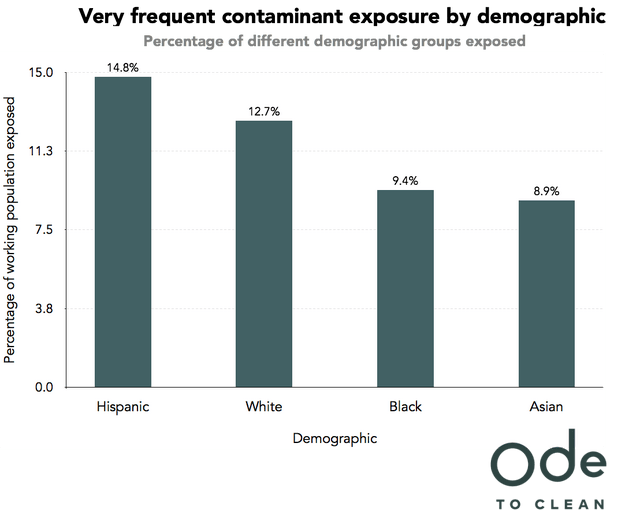 About one in every seven Hispanic workers is exposed to contaminants more than once a week; that’s nearly twice the proportion of workers who identify as Asian. Though this could be a function of the overlapping racial categories used in this dataset, it could also be evidence of larger societal dynamics at play. As we saw above, farmworkers hold the lowest-paid high-contamination job. Although only 18% of Americans are Hispanic, 80% of all farmworkers are. 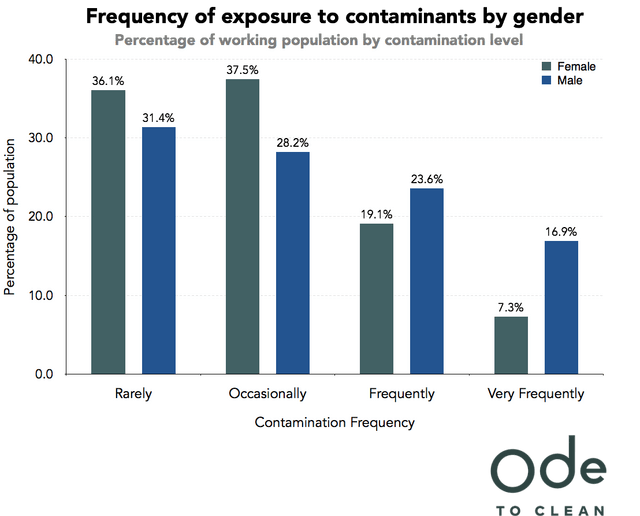 According to public data, occupations with exposure to contaminants such as pollutants, gases, dust or odors achieve progressively lower average wages with more frequent exposure. Both the lowest- and highest-paid high-contamination jobs tend to involve manual labor or heavy machinery. We discovered that Hispanic workers are the group most frequently exposed to contaminants, and that men disproportionately occupy high-contaminant jobs. In general, it looks as though certain groups are frequently exposed to contaminants– and paid less for their trouble.