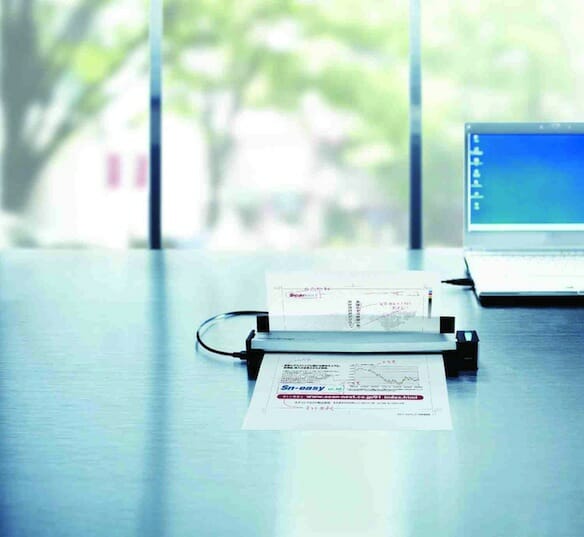 Buying a scanner can initially seem like a simple choice. After all, how many different types of scanners can there be? Truthfully there are a myriad of scanners on the market today that suit nearly as many needs! When in the market for one of these handy devices, ask yourself how you will be primarily be using it? Will you be using it to scan the occasional black and white document? Will you be scanning hundreds of pages on a regular basis? Photos? Photo negatives? Do you need to be able to take your scanner with you on the road?

The most common form factors for a scanner that will be found today will be Flat Bed, scanners that utilize a high speed feeder system, and portable scanners.

Flat bed scanners tend to be most common in most homes. Most of these types of scanners have the benefit of being cost effective and can scan at very high resolutions that would be suitable for creating a digital copy of photographs. These are also advantageous because the user will be able to scan objects that may not just be simple flat sheets of paper. Some disadvantages would be their overall speed at which one may be able to scan images. Only one page can be scanned at a time and the page it must be turned over if you wish to scan both sides. A flat bed scanner can be had for as low as $50.

Scanners that utilize feeder systems are typically intended for users who need to scan large quantities of documents in a relatively short amount of time. These are generally higher in overall price as they are more oriented towards the business user. Many of these types of scanners are able to scan batches of 50 or more sheets of paper in one run, and some are able to scan both sides of the sheet in one pass. The price of these scanners can exceed $400 easily and so that may be prohibitive to the casual user.

Portable scanners are most suitable for the road warriors who need the ability to take their scanner with them without the device taking up too much of their precious cargo space. These scanners often come equipped with SD card slots or USB slots, allowing scans to be made without the need for a connected computer. Some portable scanners may also include a built-in battery, allowing for scanning without the necessity of hunting down a power outlet. The main drawback would be that these devices typically have limited optical quality and so may not be suitable for creating backups of your family photo album. Speed is also not a strong suit of these devices. As with flat bed scanners, these will need to have the items to be scanned fed manually, one page at a time.

There are certain key features and specifications for a scanner that can help you narrow down your search. The most common indication of speed would be the number of Pages Per Minute or PPM that a scanner is capable of. This may be a variable speed depending on the desired image quality and whether or not the image will be scanned in color versus black and white. Image quality will most often be measured in Dots Per Inch. DPI is an indication of how much detail a scanner can capture. Another common measure of image quality would be resolution, which is similar to DPI, except Resolution will be described in horizontal by vertical number (ie 2400 x 4800 DPI). Other features to be mindful of would be what formats the scanner is capable of creating documents in (PDF, JPG, TIFF, etc), what kind of external storage ports are built in for scanning without a computer, two-sided scanning, ease of use functions such as one-touch scanning automation, the ability to scan film negatives, tray capacity, and capability to scan various standard document sizes.

Scanner Apps for iPhone and Android

The spread of Android and iOS smartphones equipped with high resolution digital cameras has essentially put the potential to carry a portable scanner everywhere we go. Downloadable applications such as Scanner Pro (iOS) and CamScanner (Android) enable users to use their phone’s camera to capture an image of their documents. These applications then enhance the image by cropping the image to correct the alignment as well as enhancing sharpness and whitening the background. These alternatives are great for users on the go who may only need to scan an occasional document. They also allow for quick and easy sharing of documents utilizing the “always on” nature of most smartphone data connections. Some drawbacks include things such as images that aren’t as sharp as they should be for professional use and image quality problems that are a result of less than optimal lighting conditions when the image is taken.