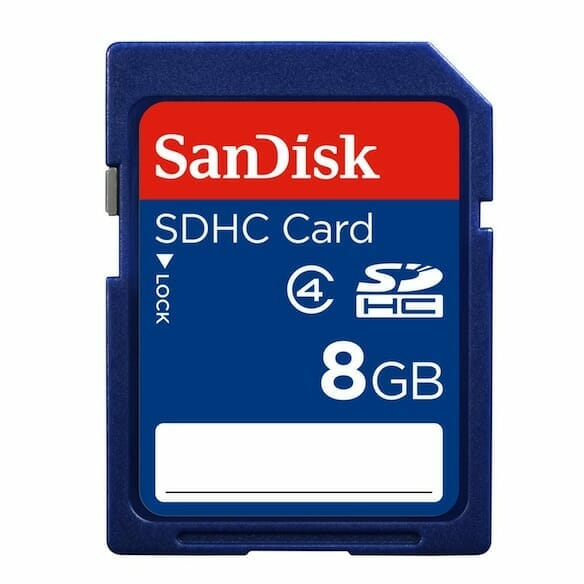 Buying flash media for portable devices may seem like a simple task for most, but for the uninformed, it can lead to some issues. For the purposes of this article, we will specifically discuss Secure Digital cards, or SD Cards for short. SD cards contain non-volatile memory. This means that written data is retained on the memory card even when the card is not powered, as opposed to the other type of memory that people commonly refer to as RAM (random access memory), which loses all data when power is lost.

What Are All The Different Formats About?

Devices that are compatible with newer specifications of the SD standard are always backwards compatible with older cards; however, they will not be able to recognize newer cards. Thus, if you purchase a new SD card for your very old digital camera, you must be sure that your camera accepts the format of the new item. The original SD card format did not have a standardized method of storing more data than 1GB (one gigabyte). Version 2.0 of the SD card specification was released and included the format for Secure Digital High Capacity (SDHC for short). This allowed SD cards to store up to 32GB of data on a single card. This was a very important development because it allowed media from items such as digital camcorders and high resolution DSLR cameras to be stored in a very small form factor. Most if not all SD and SDHC cards are formatted using the FAT32 file system, which is essentially compatible with every major device and operating system.

Unfortunately, file sizes within FAT32 are constrained to files no larger than 4GB. It is possible to re-format these cards to the NTFS file system, which is specifically meant for Microsoft operating systems. Doing so is likely to render the SD card unreadable by most devices outside of a Windows based machine. The NTFS file system allows file sizes up to 16TB (16 terabytes, or 1600 gigabytes) on Windows 7 based machines or 256TB on Windows 8 based machines.

Most recently, the Secure Digital Extended Capacity (SDXC) format was released. This allows for the potential to store up to 2TB of data on a card the size of your thumbnail! Other benefits to the SDXC format include the ability to include special features like the wireless transmission of files/photos from a digital camera directly to a Windows PC, Mac computer, or even a smartphone. This feature is known as Eye-Fi. Eye-fi cards contain their own super tiny wireless radios in addition to the typical storage media. Some of these cards even include the ability to geo-tag the photos as they are taken.

When purchasing an SD card they are also labeled with speed ratings. These ratings are Class 2, 4, 6, and 10. This means they should have a minimum read and write performance of at least 2,4,6, or 10MB per second (respectively). These speed ratings are not the end-all-be-all rating for SD cards, but rather a general guideline. In certain cases, a lower speed rated card may even outperform a higher rated card. An example of this has been demonstrated by many smartphone users purchasing microSD cards. Many have noticed lower speed class cards tended to have been random-access performance when dealing with many smaller files, as opposed to simply reading/writing larger files such as high resolution digital still images or videos. Finally, UHS rated cards are able to achieve read and write performance of speeds of theoretical maximums reaching over 300MB per second!

To summarize: to maximize your money spent as well as minimizing time wasted it is recommended that you take a moment to think about what your intended usage is before going out and buying a new card. Is speed most important? If so, are you writing large files or small ones? How much available storage do you need? It is often more economical to purchase two 16GB cards versus a single 32GB card. This also has advantages when considering activities such as digital photography. If a wedding photographer were to have a single large capacity card fail at the end of the day, he would lose the entirety of his work, whereas if he shot with multiple smaller cards, he would have only lost the smaller portion of data stored on that one failed unit. Fortunately for all of us, the price of flash media in terms of price per gigabyte has rapidly decreased over the past few years, and will likely continue to do so.