Should you be able to start a business while collecting unemployment? 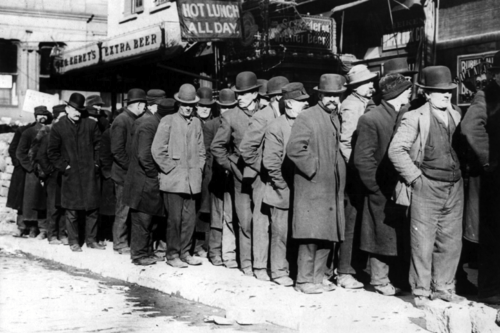 Every time you receive a paycheck, a big chunk is taken out. One of those big chunks is unemployment insurance. Basically, the government is setting aside a bit of your paycheck so that if you ever get laid off, it can be paid out to you to cushion the fall while you look for a new job.

Collecting unemployment insurance comes with some caveats. First, you have to be fired to collect the insurance. You can’t have quit voluntarily. Next, you need to be looking for a job. Finally, you can’t really be making money outside of your unemployment payments. If you get a part-time job and start earning some income, that amount gets deducted from your unemployment checks. Many people have argued that this creates a disincentive to work, but that’s a topic for someone else to write about.

Here’s what we want to talk about. In most states, you can’t officially start a business while unemployed. Why? As a proprietor of a small business, you’d have a job. Even though your salary would be zero, you would no longer be eligible for unemployment payments.

Yes, you can start a company on the sly and not tell the government, but it’s at best a grey area and at worst illegal. So this policy clearly creates a disincentive to starting a company.

This seems odd. Why can’t you start a business while on unemployment insurance? Is the government worried you’ll use that as an excuse for not looking for a job? It seems just as easy to arbitrarily apply to random jobs on Craigslist and document that you’re “looking for a job.”

This law seems to be a vestige of a time when people worked for the same company their entire career. But in a fascinating piece of economics research from 1980, Robert Hall shows that lifetime employment has not decreased. In 1980, the average duration of a job was just about what it is today (3-4 years). 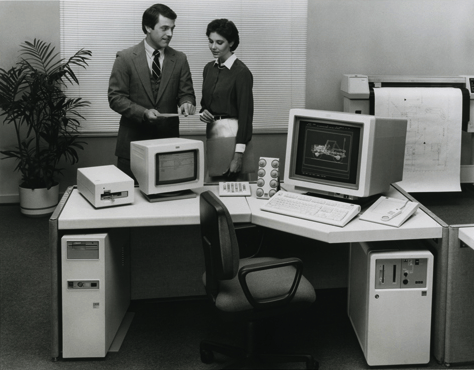 However, Hall also reveals that middle aged people who had been at their jobs at least 10 years did have some semblance of lifetime employment. These jobs turned out to be very stable and bedrock of the US economy. In 1980, there were tons of short term jobs, but once you finally worked your way into a lifetime job, you were set. Hall describes this funneling process into long term employment:

The typical pattern is to hold a number of very brief jobs in the first few years after leaving school. Eventually one job turns out to be a good match and lasts several years. The probability that any given new job will become a lifetime job is extremely low for young workers and never rises above six percent in any age group. But after a job has lasted five years, the probability that it will eventually last 20 years or more in all rises to close to one—half among workers in their early thirties.

We suspect that “lifetime” employment jobs no longer exist. Whether you’re working for a company, starting your own business, or making a living renting out your spare bedroom on AirBnB, today’s American worker is a free agent.

If the purpose of unemployment is to get you back on your feet so you can make a living, entrepreneurship seems like an acceptable way to spend your time.

Here’s the good news, government looks like it’s working on this issue. Five states have started Self Employment Assistance programs. As of February 2012, the Federal Government has made $35 million available to incentive more states to get on board. But only 5 states out of 50?

We are all free agents; we are all essentially self-employed. Shouldn’t unemployment laws reflect this?