Should You be Jealous of Your Dog’s Health Insurance? 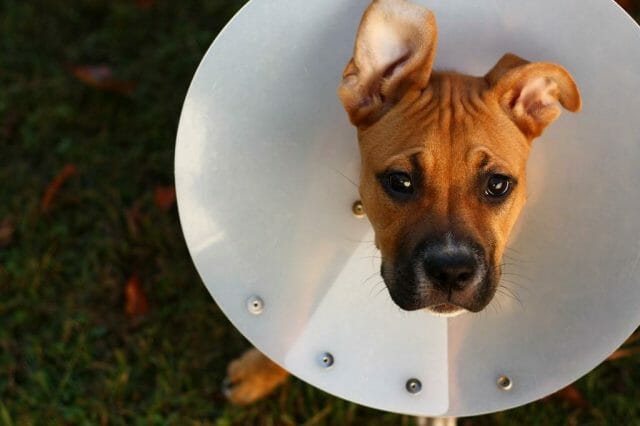 “Anything involving my dog is at least a little fun,” says Silverman. “I didn’t think it was difficult [to sign up]. You do have to understand what a deductible is and look at the fine print. But it was pretty clear, and whenever I call, they’re really good.”

Human health care is never fun. It feels more like an eternal crisis. The impact of Obamacare is still being determined—the latest challenges are double-digit premium increases for many Obamacare plans. That’s left people looking abroad at other health insurance models. Why has Switzerland’s Obamacare-style system worked? Would the U.S. be better off copying the government-led, single-payer models of Canada or Great Britain?

But millions of Americans directly experience an alternative healthcare system when they insure their precious puppies, cute kittens, and prized parakeets. Unlike human healthcare in America—where insurers and government regulators have a say in which treatments are covered and at what price—pet health insurance is refreshingly simple.

Most pet health insurance plans cover 70% to 90% of the cost of any veterinary visit. So when Rugby was treated for a dog bite, Kara Silverman paid the $523 bill. She then filled out a form from her insurer, scanned and sent it in using an app on her phone, and received a check from her insurer for $423 two weeks later. She used to pay $38 per month for Rugby’s insurance. Now she pays $51.

“It was ten times easier than dealing with my own insurance,” says Silverman. “I have to file a claim right now for myself, and I’m avoiding it because I don’t want to deal with it. But I love my pet insurance.”

Should we be jealous of our pets’ health insurance?

Dr. Jack Stephens is the pet insurance industry’s founding father, and he says he never wants our pets’ healthcare to look like our own.

In 1981, Dr. Stephens created the first pet insurer, Veterinary Pet Insurance (VPI). He was inspired by pet insurers in Europe, and, he says, his desire to avoid euthanizing animals. One day, while walking in the supermarket, he ran into a girl whose dog he’d put to sleep. “You’re the man who killed my dog,” she told him.

With a touch of showmanship, Dr. Stephens and the mayor of Los Angeles publicly presented Lassie with VPI’s first insurance policy. In the decades since, VPI was acquired by Nationwide, and along with newer competitors, the industry insures 1.4 million American pets. According to Consumer Reports, pet insurance is one of the fastest growing employee benefits.

Prices vary according to a pet’s age, location, and breed (purebreds tend to have more health problems). But the average plan costs $39 a month for dogs and $26 for cats, and most plans are the same as the one Lassie received: pet owners pay the vet, and then their insurer pays them back 80% of the cost. 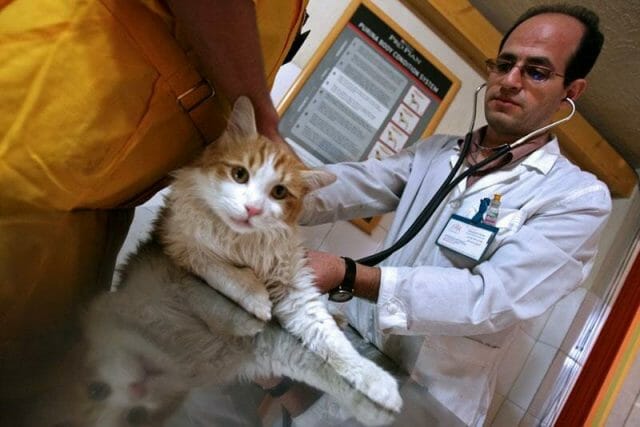 This is very different from America’s human health care system, which follows a “managed care” model. In America’s managed care system, insurance companies negotiate with networks of doctors and hospitals for discounted rates. These networks have names like HMOs (health maintenance organizations) and PPOs (preferred provider organizations) that you may recognize from your insurance card. The “managed” part of managed care refers to how cost-conscious insurers monitor the networks and your medical bills.

Insurance companies deciding what medical care is reasonable may not sound appealing. But it sounded good to President Nixon. As Steven Brill writes in America’s Bitter Pill, in 1929, most Americans spent more on snacks than healthcare. But by 1966, advances in medical technology had driven healthcare spending up to 6% of the country’s gross domestic product.

Americans felt that someone had to curb healthcare costs, and since Nixon wanted a private solution, the role fell to insurers. He promoted managed care through legislation, and by 1988, the majority of Americans had HMOs or similar plans.

In the early nineties, vets nervously debated managed care and whether the growing pet insurance industry would foist it on them. “Managed care takes away the decision process for both the pet owner and veterinarian,” says Dr. Stephens. “Vets worried that insurance would dictate prices, quality of care, and where client could seek care for their pet.”

To understand what he means, it’s helpful to look at Rugby’s case again. When he got bitten, Kara could visit any vet she wanted, ask how much treatment would cost, and then know that her insurer would cover a set percentage of that bill (90% in her case) after she’d met her deductible.

But like most Americans, when Kara gets sick, she needs to visit a doctor or hospital in her insurance network. She could ask how much her treatment will cost, but her doctors won’t know. “We’re never told how much things cost,” orthopedic surgeon Kanu Okike told the Washington Post. “We never see the cost displayed anywhere, and even if you were interested, there’s no great way to find it.”

Hospitals do have a price list called a chargemaster. But it’s less of a price list and more of a starting point in price negotiations with insurers—one doctor found that 10% of hospital chargemasters listed a single aspirin as costing from $6.50 to $18. And figuring out the rate your insurer negotiated is nearly impossible. A Vox reporter who spent months trying to figure out how much his son’s birth would cost failed completely.

As most Americans discover, this means prices are a mystery until a medical bill arrives in the mail. That bill is a result of a deal between your insurer and the hospital, and the same is true of the treatment you receive: One aspect of managed care that Dr. Stephens dislikes is that these agreements between insurers and hospitals can dictate which drugs doctors can prescribe for certain conditions, how many days in the hospital is reasonable, and when an MRI is needed. 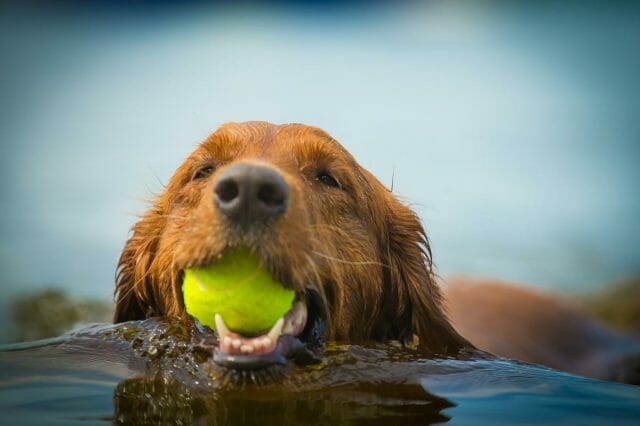 Having insurers negotiate prices and what care is necessary has arguably reduced the cost of healthcare—and the insurance premiums Americans and their employers pay. But it also makes America’s healthcare system obtuse and puts patients and doctors at the mercy of larger forces.

Now that pet insurance has matured, vets no longer fear that their industry will resemble human healthcare. Instead pet insurance represents an alternative.

Pet healthcare doesn’t face all the same challenges as human healthcare. There are fewer concerns about privacy, economic euthanasia is an option in catastrophic cases, and vets don’t have to accept every patient the way emergency rooms do. But when we ask Dr. Stephens if he sees pet health insurance as a model of an alternative to managed care, he responds, “I do.”

Economist Tim Harford agrees. He likes that pet owners pay 20% of their bills—and therefore consider costs—and has mused on Planet Money that “Maybe pet insurance is going to be the beacon that inspires us to reform human healthcare insurance.”

Not All Puppies and Rainbows

But when you dive into the fine print of pet insurance, you often find policies that undermine its simplicity and are reminiscent of problems with our own healthcare system.

The most familiar policy that can frustrate pet owners is that insurers won’t accept pets that have pre-existing conditions—a problem addressed (for humans) by Obamacare banning the practice in exchange for mandating that everyone buy health insurance.

Refusing to cover pets with pre-existing conditions is frustrating but perfectly defensible—no insurer would survive if owners could wait to buy insurance until their pets became sick. But what’s less defensible is that many pet health insurers don’t cover common problems like hip dysplasia—which is common enough in some breeds that it’s like refusing to cover broken limbs—or have annual limits on the amount they’ll pay out.

Other fine print sounds a lot like managed care. As veterinarian and pet insurance veteran Tom Kendall has written, every pet insurance contract includes a “usual or customary” clause. If the company believes a client paid too much for a treatment, this clause allows the company to reimburse the client instead for the “usual and customary” price of the treatment. Similarly, Nationwide has a price list of typical rates (known as a “benefits schedule”), and instead of reimbursing pet owners 80% of what they paid, Nationwide reimburses 80% of the benefits schedule rate.

These policies violate the simple 80:20 model of pet health insurance, and consumer watchdog sites like Consumer Affairs have logged complaints from angry pet owners. Some pet owners are surprised to learn that treatment for a condition like parasites is excluded from their plan; others are upset about insurers refusing to pay for tests they consider unnecessary. 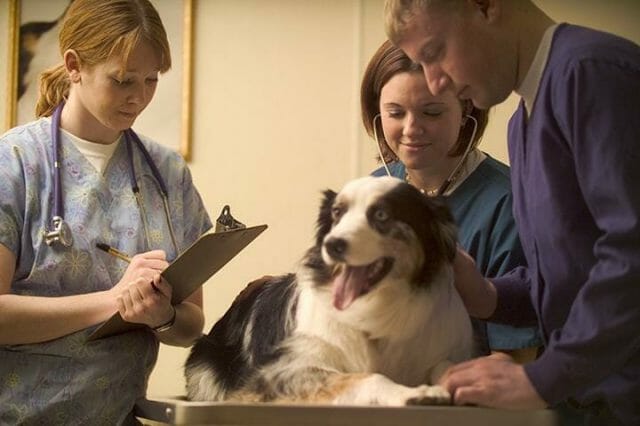 An optimistic economist might say that competition will lead insurers to abandon policies that anger customers. And in Forbes, vet and pet health insurance expert Doug Kenney says that the founding of new insurance companies over the past decade has improved the industry.

Since Nationwide acquired Dr. Stephens’s pet insurance company, he left to start a competitor, Pets Best, that doesn’t use a benefits schedule. And in response to complaints about fine print, Nationwide introduced a new policy with no annual limits, a 90% reimbursement rate, and few exclusions. Spokesperson Adam Fell says it’s now their most popular plan.

It’s also expensive: Nationwide’s new plan starts at $64 per month for a dog. In comparison, for over 70% of individuals—or entire families—buying insurance on the Obamacare exchanges in 2017, the cost of the cheapest plan (after accounting for subsidies) will be $75 a month.

Expense is a major reason why only an estimated one to two percent of American pet owners have pet health insurance. Reaching less affluent pet owners, Dr. Stephens says, will involve offering policies that only reimburse 50% or 60%. Meanwhile, pet healthcare costs are increasing even more rapidly than human healthcare costs.

The expense of pet health insurance isn’t a moral dilemma—most people are okay with not all cats getting access to the latest cancer treatments. But this does suggest that if we used the pet insurance model for human healthcare, we’d face the same dilemmas that led legislators and healthcare executives to design our current, maddeningly complex system.

So should you be jealous of your dog’s health insurance? Maybe. But just like your dog’s glorious life of naps and walks, it’s not something you can have anyway.

Our next article tries to predict Silicon Valley’s future by analyzing the descriptions of startups that recently received funding. To get notified when we post it →  join our email list.