Should You Return Your Tent After Burning Man? Note: One thing you learn reporting on return fraud is that nobody wants to put their name to it, as a victim or a perpetrator. As a result, most of the names in this article have been changed. Photo by author.

When Jane went shopping before Burning Man in 2012, she knew exactly what she was looking for in a tent. “I researched the most luxurious tent on the market,” she wrote in an email, “and specifically, which large company had the best return policy. I knew that I was going to return the tent before I even made the purchase.”

Finding a Burning Man tent can be tricky. “Don’t borrow a friend’s tent,” one website cautions, “unless the friend is fully aware that the tent will never be the same again.” Jane purchased a $600 tent from Cabelas. She also successfully returned it for a full refund after Burning Man, even though it was “absolutely covered in playa dust.” 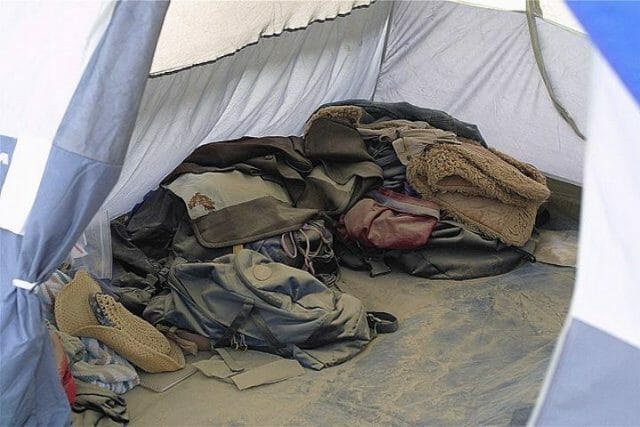 The practice of purchasing an item to use and then return for a refund is called “wardrobing,” and it is a form of return fraud.

The costs of wardrobing to the retail industry are a little murky, but most sources estimate them to be very high. The National Retail Federation estimates that return fraud in general — which also includes transactions like the return of stolen goods for a refund — amounted to $9.1 billion dollars in 2013. According to The Retail Equation, a company that offers retailers a customer-tracking service to identify fraudsters, wardrobing accounts for 52% of return violations.

The psychology of this behavior has also been the subject of academic scrutiny. In “A Theory of Unethical Retail Disposition Practice and Restraint,” researchers asked wardrobers how they thought of their own behavior, then categorized their coping tactics. Some consumers in the study minimize their transgression by claiming it was their “first-time, only-time.” Others overtly relish “outsmarting the system.”

The researchers also identified a tendency for consumers to “deny the victim.” Subjects believed they were harming the retailer by wardrobing, but they didn’t see this as a problem. They thought retailers were “often unscrupulous” and “profit-seeking,” and they saw wardrobing as a form of “rightful retaliation.”

“I hold major grudges against certain large stores,” one subject said. “Therefore, I feel justified in screwing the rich punks who run the stores.”

Jane’s explanation was a little less colorful, but no more sympathetic. “I did not struggle with the decision at all,” she admitted. “I had no qualms about returning it to such a large company. I would have never done this to a Mom & Pop business.”

In any case, the prevalence of fraud has had an impact: hyper-lenient return policies are tightening up. In 2010, 65% of companies reported they had changed their return policies “to specifically address return fraud.”

This phenomenon suggests that lenient returns policies are a diminishing resource. If we think of lenient policies as a ‘common good,’ then their disappearance constitutes a free rider problem.

In economics and philosophy, “free riders” are individuals who benefit from a common good, but, unlike most members of the community, they fail to contribute to the production or preservation of that resource. “Free rider problems” result when free riders exploit a system so much that the resource degrades or diminishes.

If a company can afford it, a lenient return policy means happier customers and higher sales. Consumers are less discriminating with their purchases if they know they can return them later. According to the Retail Equation, only 25% of consumers ever make a return at all – either legitimate or fraudulent. If a minority of consumers, the fraudsters, exploit a policy so much that they threaten to outweigh the regular consumers, then a company changes its policy. 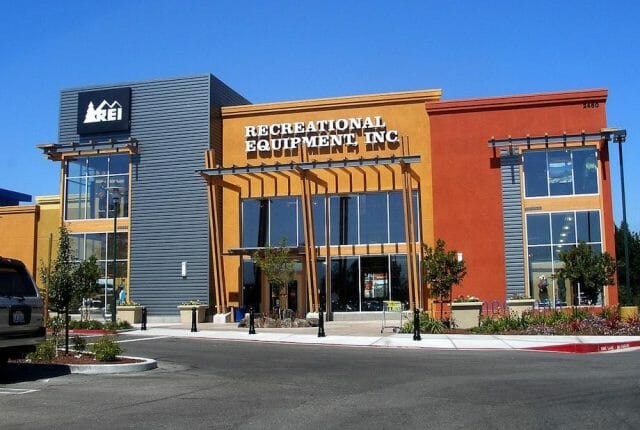 This seems to be what happened to the REI lifetime returns policy. Up until last summer, REI had a no-questions-asked return policy that lasted a product’s lifetime, even in some cases when the product had been heavily used. When the company changed its policy to only cover merchandise within a year of purchase, REI cited a large number of returns from a “small group of members” as the cause.

“Some customers have just been a bit confused about the spirit of our policy,” Rachel Ligtenberg, a regional vice president in charge of retail stores at REI, told the Wall Street Journal. No more no-questions-asked lifetime returns.

The Journal also quoted a forum poster as saying, “A few bad apples ruined it for the bucket of good ones.”

But Chuck, who went to Burning Man in 2012, returned his $400 worth of gear within a year of purchase. “The return included odds and ends,” he wrote. “Some unused dusk masks, a super furry sweater shaped like a polar bear. The most expensive item was a large six-person camping tent.”

“Returning the tent was pretty difficult, because there was a decent amount of playa dust on it,” Chuck said. “I told the customer service person that my wife was pregnant. She probably believed it until she asked when my wife was due and I didn’t have an answer.”

A manager at another San Francisco outdoor supply store, with a tighter return policy, said that they often reject Burning Man returns. “Items that have been to Burning Man are typically so used and tattered after such rough conditions that we will not accept them back unless it’s a warranty issue.”

But Chuck is convinced that his patronage still resulted in a net profit for REI, and he wasn’t technically a free rider. “I didn’t feel much shame returning those things. I had bought a lot of other things from REI that I did use, and weren’t in good enough condition to return.” (Researchers call this tactic “denial of injury.”)

“Is It Really All That Bad?”

Wharton School of Marketing’s website hosts a working paper titled “Wardrobing: is it Really All That Bad?” In it, Anne T. Coughlin and Ahmed Timoumi argue that wardrobing is actually beneficial to retailers, as it allows them to resell returns at a discounted price. This creates an inventory of lower-price goods, desirable to “lower utility” (i.e. cheaper) customers, and allows retailers to maintain a high markup on primary purchases. They note that retailers might even want to do this artificially by “using” their own goods or “opening” their own boxes to slash prices.

This model doesn’t apply to every sector (especially not jewelry), nor if the returned product is too damaged to resell, as we might assume is the case with Jane’s “never going to be the same again” tent.

But whether or not it is ethical, wardrobing is not illegal. And as Coghlin and Timoumi point out, it is “natural consumer behavior followed by consumers who have a high, but short-term, value for a product and no value for later consumption of the same product.” The implication is that some amount of wardrobing is going to happen as a mere consequence of any return policy that permits it.

An example of resource-driven return fraud comes from James, who works in San Francisco for an early-stage startup.

“We once told a client we’d deliver a report to them by the end of the week, which we thought would be safe,” James explained. “But when we actually did the numbers we realized that it would take us seven to ten days at what was then our processing capacity. At the time we only had two computers, and no cloud server space.”

They ended up scouring the city for a desktop computer with an i-7 processor with a return policy. They finally found their deal in BestBuy and made the purchase.

“We kept them for a couple weeks and did our processing,” James said. “They helped us a lot, then we returned them for full price. That had bought us time to get set up on Amazon’s EC2 servers, and meet our client deadline.”

“It was kind of like browsing the book at a book-store then going home and buying it on Amazon.”