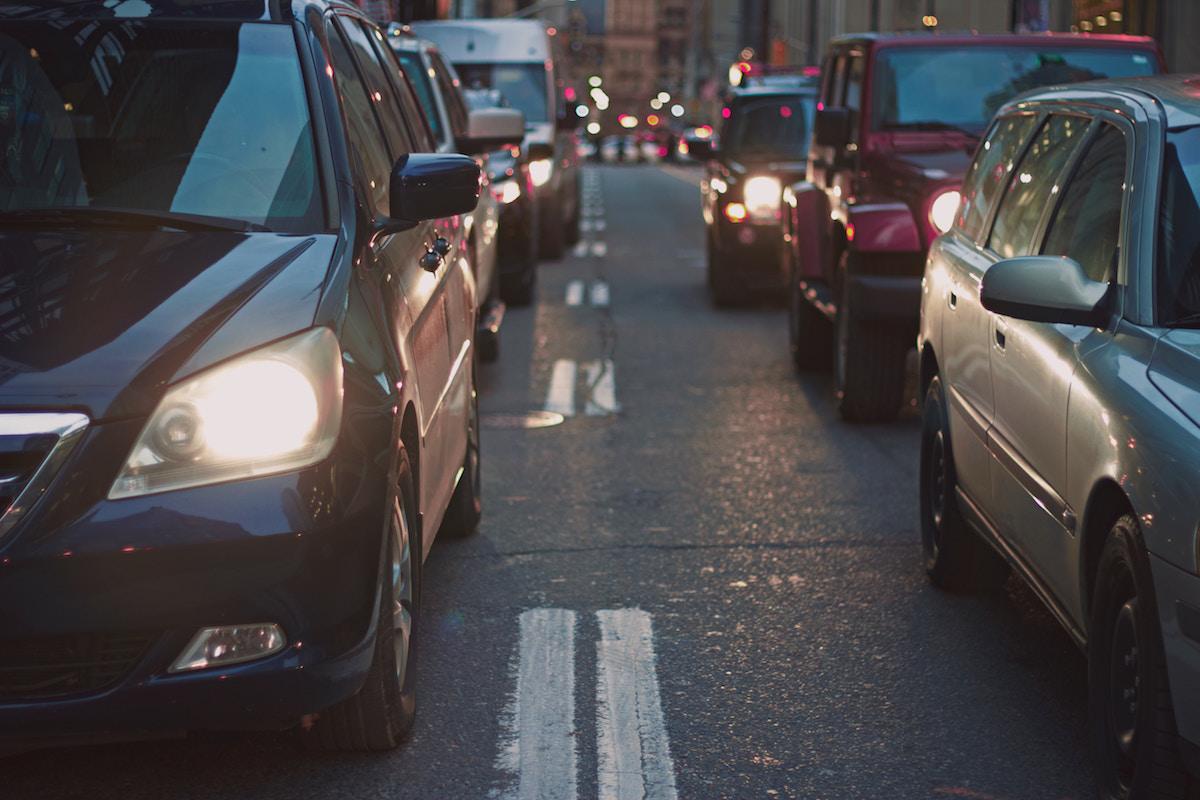 If you want extra space and versatility, it’s hard to beat an extra row of seats. Three-row SUVs and vans are ideal when your life feels like a three-ring circus. Whether you’re driving your kids and their friends to soccer games, creating a buffer zone between bickering siblings, or bringing home groceries for your family’s three squares a day, three rows of seats will maximize your flexibility. 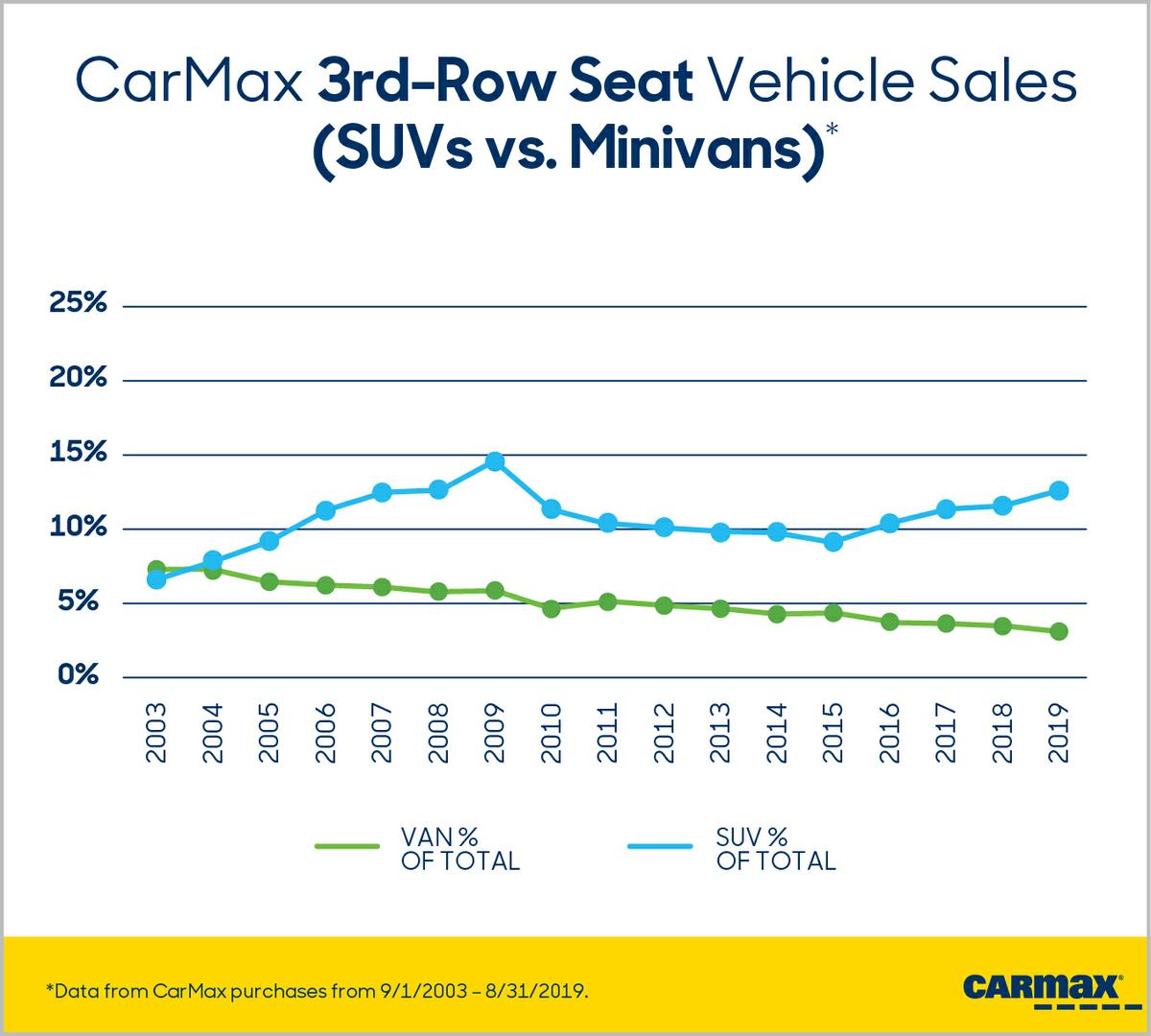 CarMax has an abundant selection of used third-row vehicles with seats for seven or more. Don’t need extra seats? Fold the third row flat for cavernous cargo space. We’ve been tracking sales of these vehicles since 2003 and noted some interesting trends.

Third-row seats are popular, but let’s look at which body types people prefer. CarMax data from 2003 shows the majority of buyers chose vans — mostly minivans, with perhaps a few conversion vans or passenger vans in the mix. That trend didn’t last long. Soon after we started keeping track, van sales took a back seat to SUV sales. Through the years, as third-row van sales slowed, third-row SUV sales accelerated. And never looked back. Today, SUVs with three rows (12% of total sales) are roughly four times more popular than vans with that feature (3% of total sales). 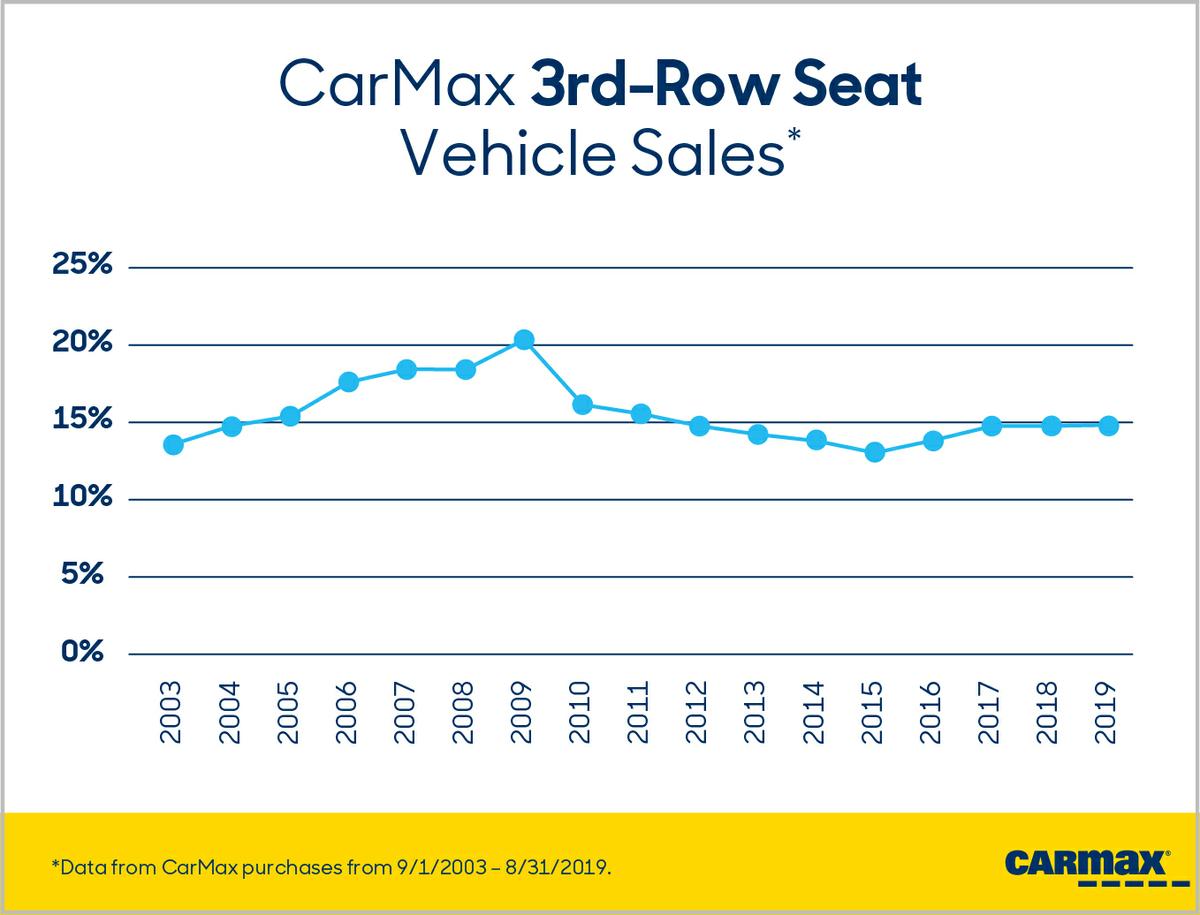 As the chart above indicates, third-row popularity has held reasonably steady at CarMax over the past 15 years, varying between 13% and 20% of total sales. By 2009, one of every five CarMax cars sold had a third row. Since then, sales of these models have returned to steady, pre-recession levels. 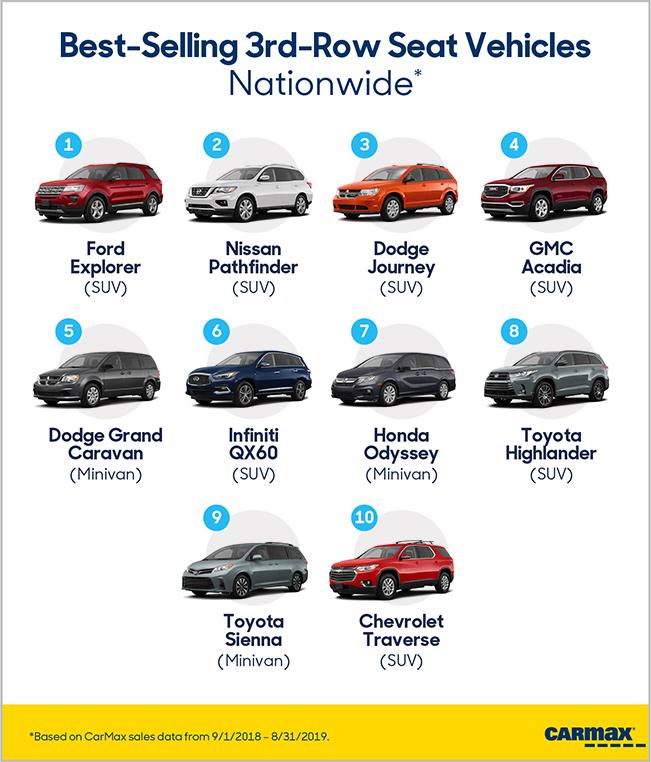 We know three-row SUVs outsell three-row vans, but which makes and models are most popular across CarMax stores nationwide? Our sales data from September 1, 2018, to August 31, 2019, provides the answers. SUVs are sitting pretty, occupying seven of 10 spots on our best-sellers list. At number one, the Ford Explorer takes a back seat to no other vehicle. Nissan Pathfinder and Dodge Journey round out our top three. Among SUVs, the GMC Acadia, InfinitXi QX60, Toyota Highlander, and Chevy Traverse all proved popular. Only minivan in the top five? The Dodge Caravan. Other minivans on our list are the Honda Odyssey and Toyota Sienna.

Three-row vehicles are popular in a group of states stretching almost all the way across the continental U.S., according to CarMax sales data from September 1, 2018 through August 31, 2019. As you see in the map above, a large family could take a scenic road trip in a three-row SUV or van, starting in Virginia (16.9%) and ending in Utah (18.5%). A third row would keep family members comfy, but they might want to get out and stretch their legs now and then. A fitting place to stop? Michigan (19.1%), our top state for third-row vehicles. 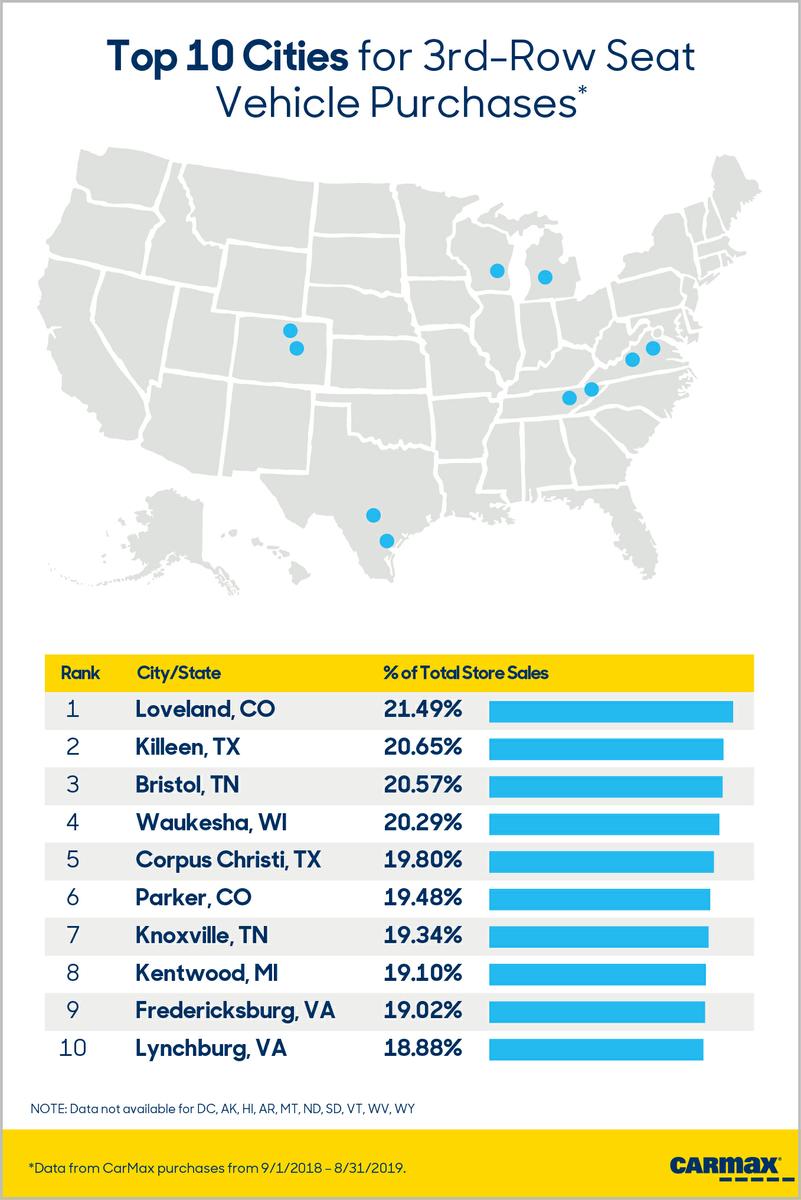 Sales of vehicles with third-row seating have hovered around 14.75% of total CarMax sales, according to more than 15 years of our data. During that same stretch, SUVs replaced vans as the most popular three-row choice. SUVs occupy seven of 10 spots on our list, with the Ford Explorer sitting pretty at number one. If you’re looking for extra elbow room and versatility, third-row SUVs and vans are the way to go.